"Looking at the positive side, we have spent a lot more time with the boys than we normally would," said Joaquin of the pandemic's silver lining for their family. 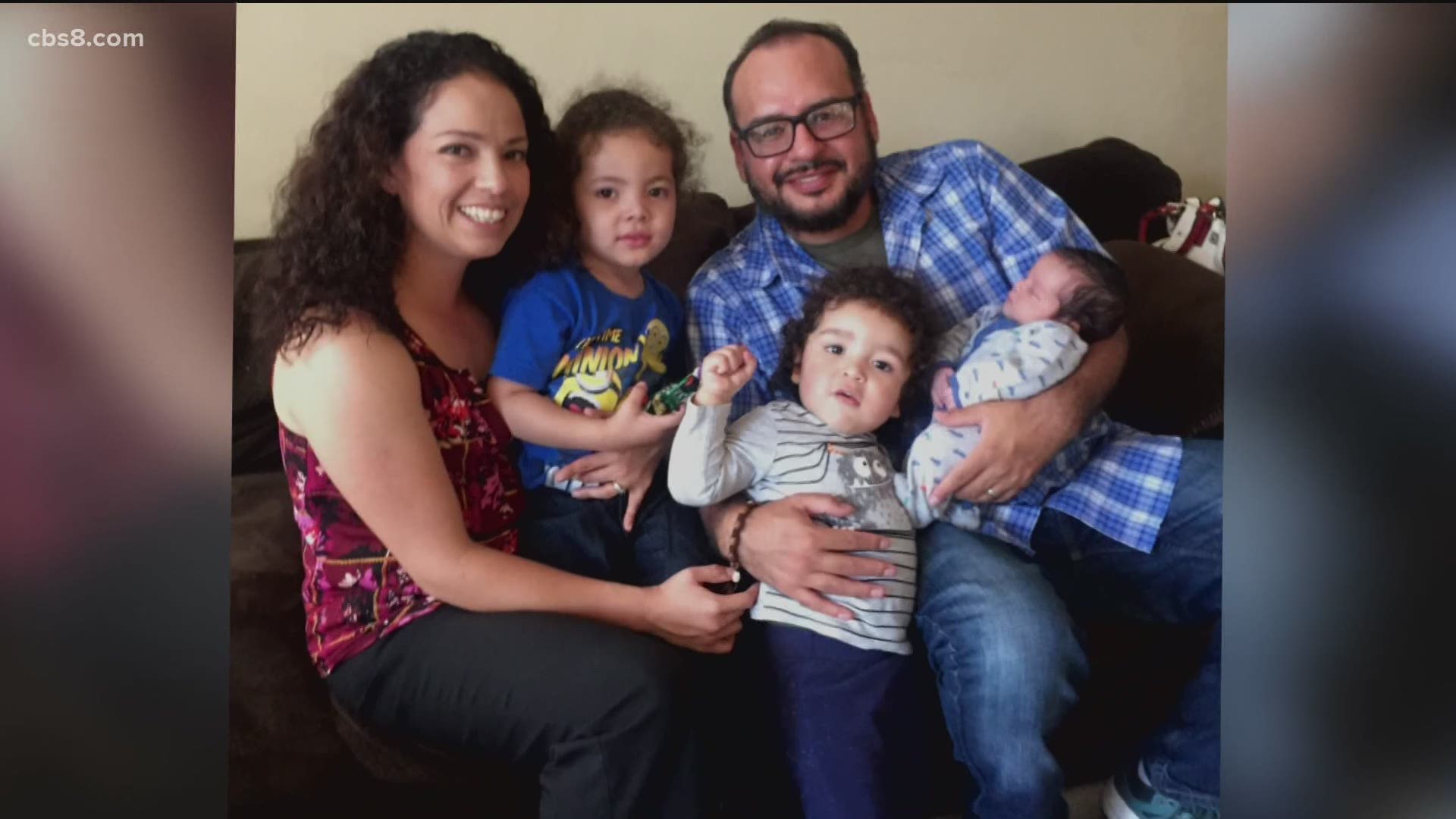 SAN DIEGO — Imagine going from a life without children, to suddenly being parents of three little boys. That's what happened to Joaquin and Maricruz, who adopted three biological brothers through San Diego County's Foster and Adoptive Resource Family Services.

"Newborn, two, and four years old, all with diapers," reflected Joaquin. When they think back, they admit they sometimes wonder how they survived those busy and sometimes chaotic days.

Maziah is now six years old, Jonah is four, and Leo is three. Their adoptions were finalized in late February. Just a few weeks later, the parents and three boys found themselves quarantined at home together during the pandemic.

"Looking at the positive side, we have spent a lot more time with the boys than we normally would," said Joaquin.

"It has been an amazing time for us," said Maricruz. They said it's been a huge blessing to have such an abundance of quality bonding time with their sons.

The brothers told me they love all the attention from mom and dad, too. They said they enjoy cuddling with their parents, helping make coffee for their mom and dad, and even doing the dishes.

The boys said one highlight of their summer was their recent family camping trip -- they enjoyed roasting marshmallows and making s'mores. They spent Father's Day weekend in a tent, celebrating Joaquin as he enjoyed his first holiday as an official father.

They didn't have to travel far to find that special, perfect camping site-- they pitched a tent in their own backyard.

Joaquin and Maricruz said they always planned to adopt after having biological children, but when that didn't happen, they decided to become resource parents with San Diego County. When they got the call to foster these three boys, Leo was just a newborn.

"We remember how they came and how they are now, and it's just a miracle," recalled Joaquin.

"They have grown not just physically but mentally, emotionally, so much that it is such a joy to see."

They said their two older boys initially expressed no laughter or happiness.

"They were a ghost, like they didn't have feelings, the smile in their face," Maricruz said.

To see them laughing, playing and engaging with each other now brings these parents such comfort and delight.

The couple said they felt it was important to keep the biological brothers together and they maintain contact with their biological family.

There's a need for families who will take in siblings. Joaquin and Maricruz encourage others to consider becoming a resource parent to foster or adopt, or in some cases, both.

Joaquin and Maricruz were originally the boys' foster family. Although their goal was to adopt, they received a call from a social worker who said there were three cute little kids in need of a foster home, and asked if they would consider fostering.

"We talked to each other and we spoke about the difference we could make in their lives, even just a little period of time that we spent with them would make a huge difference in their lives," said Joaquin. They agreed to foster, but ended up becoming the boys' forever family instead.

"Things worked out the way they did for a reason," Maricruz said. "We are so grateful for everyone involved in the process."

They said they do maintain periodic contact with the boys' biological family. "They know where they come from, we have an album with photos of their biological family. Anytime they have any questions, they can come ask us," Maricruz said.

The couple is bilingual and is teaching the boys to speak Spanish. According to San Diego County, there is a need for Spanish speaking families to foster and adopt. If you'd like to learn more about becoming a Foster or Adoptive Resource Family with the County of San Diego, click here.