"It's a big weight on my shoulders," said MaryJo Meer, President of San Diego County Parent Association in El Cajon, as the charity faces an uncertain future. 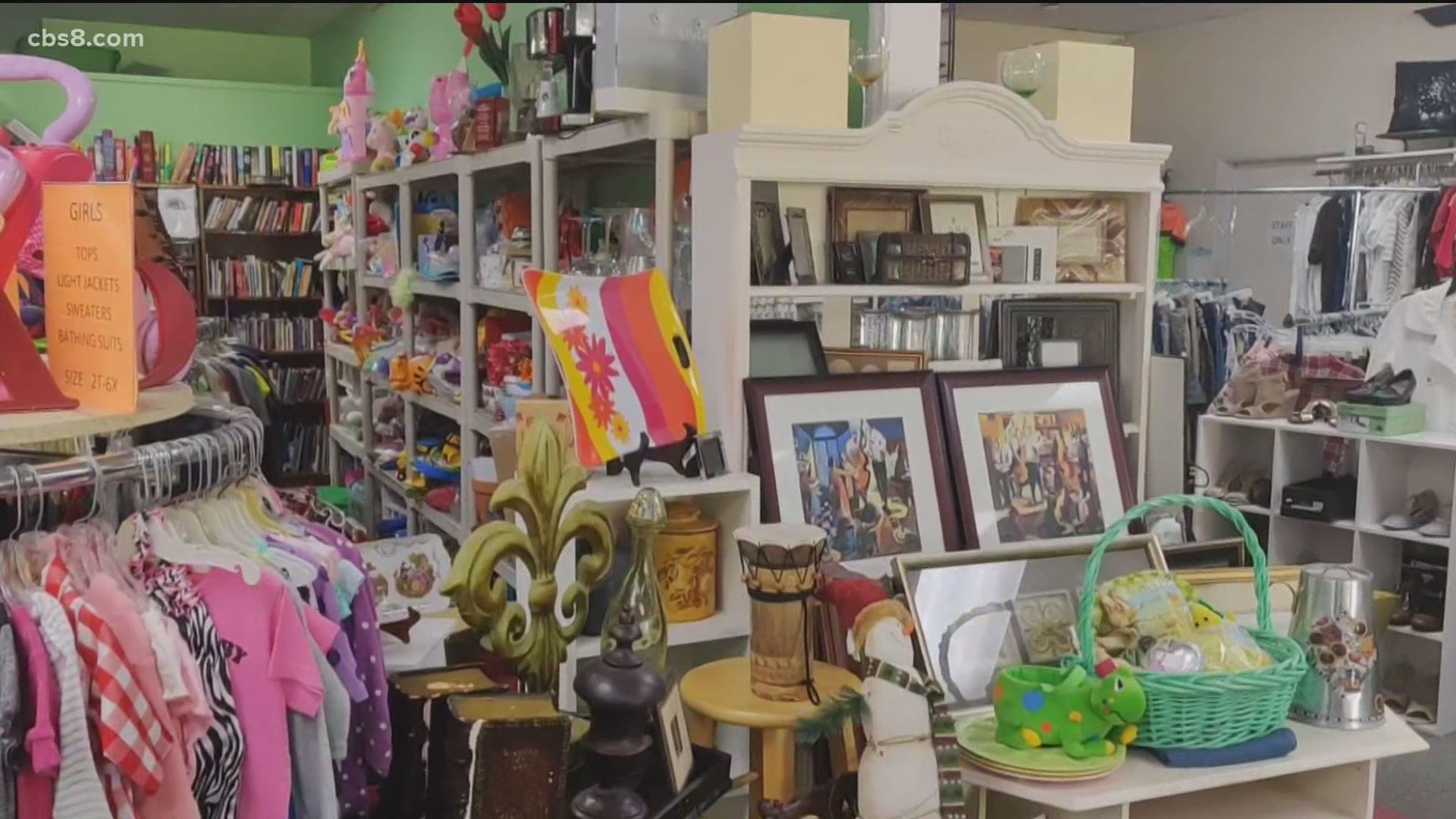 SAN DIEGO — Many non-profits have struggled to pay rent during the pandemic, and that includes two San Diego organizations that support foster families. One is located in North County and the other is in East County.

Straight from the Heart Resource Center is located in San Marcos.

"We've been basically paying rent for seven months and we have very, very, very little income coming in and we just can't continue to do that," said Patty Boles, founder of the non-profit.

"We can go to the end of the year and then if we don't have funding, we're going to have to close our doors after twenty-two and a half years," she said.

Straight From The Heart is a thrift store that's part of the North San Diego County Foster Parents Association.

Boles is a mother of 12 to one biological child and eleven adopted children. She created the non-profit more than two decades ago to help support foster families.

Foster families and relative caregivers can purchase items in the thrift store at half price and Boles says the children's clothing is only 50 cents apiece.

The store is run completely by volunteers and has been closed since March.

"We can't open the store. Many of our volunteers from the community are senior citizens who... it wouldn't be safe for them to be in," said Boles.

Prior to the pandemic, Straight From The Heart was open to the general public as a resale store.

Their shelves are also filled with brand new items donated by clothing stores and people in the community that go straight to foster families.

"Toys, backpacks, school supplies, formula, clothing, pajamas. And those things are given directly to the children when they come into placement, when they have a birthday, during [the] holiday season, or any special time," said Boles.

"The kids get excited when they get to get the new items," said MaryJo Meer, President of the San Diego County Foster Parent Association in El Cajon.

She says during the pandemic, they have been able to distribute items through a couple of drive-thru events. They gave away bags full of school supplies, clothing and other items to families who recently had foster children placed into their homes.

Both locations have struggled financially during the pandemic with their main source of revenue now gone. Their partnership with a local community college that rents space to hold foster parent training classes has been put on hold.

"All of our funding is through the classes, and right now we don't have them. So we've been saving money and been paying our rent with our reserves," said Meer, who is an adoptive and foster resource parent.

She said, while donated items are appreciated, what they really need right now is financial support to cover the bills, which run about $5,000 a month.

Since Straight From The Heart has retail space as well, the bills there are even higher, with rent alone costing nearly $7,000 a month.

The two non-profit groups operate independently, but both work to provide resources and overall support for local foster families. San Diego County is not able to accept or distribute donated items, so the Foster Parent Associations are a real lifeline for families.

Shortly after our interview, Boles learned she would be receiving a business stimulus grant, along with other grant money from San Diego County. She said that funding, which along with some private donations, will allow Straight From the Heart in San Marcos to stay open for about eight more months.

Boles said they had already begun clearing out the thrift store and had told the landlord they were planning to close on December 31st.

"I still want to pinch myself I can't believe it," Boles said.

But for Meer and the San Diego County Foster Parent Association in El Cajon, the future is still uncertain.

Since it is strictly a non-profit with no business component, Meer said the charity is not eligible for grant funding, leaving them with no financial help.

She said the charity did receive some direct donations in memory of former association president, Deb Stolz, who was murdered over the summer, but the location in East County is in real jeopardy of having to close after serving families for nearly three decades.

"It's a big weight on my shoulders to know that I actually have to be the person to have to actually write the letter and say, 'I'm sorry, We're going to have to let go,'" Meer said.

If you'd like to help support the San Diego County Foster Parent Association with a tax-deductible donation, click here for more information.

To learn more about becoming a Foster or Adoptive Resource Family with the County of San Diego, click here.

RELATED: Honoring the unsung heroes who have dedicated their lives to children