Single mom sees year-old web story on Isabella waiting for a forever home, learns it’s not too late to adopt

Isabella is non-verbal due to a rare neurological disorder, but she has a beautiful way of connecting with people with her eyes and expressions. 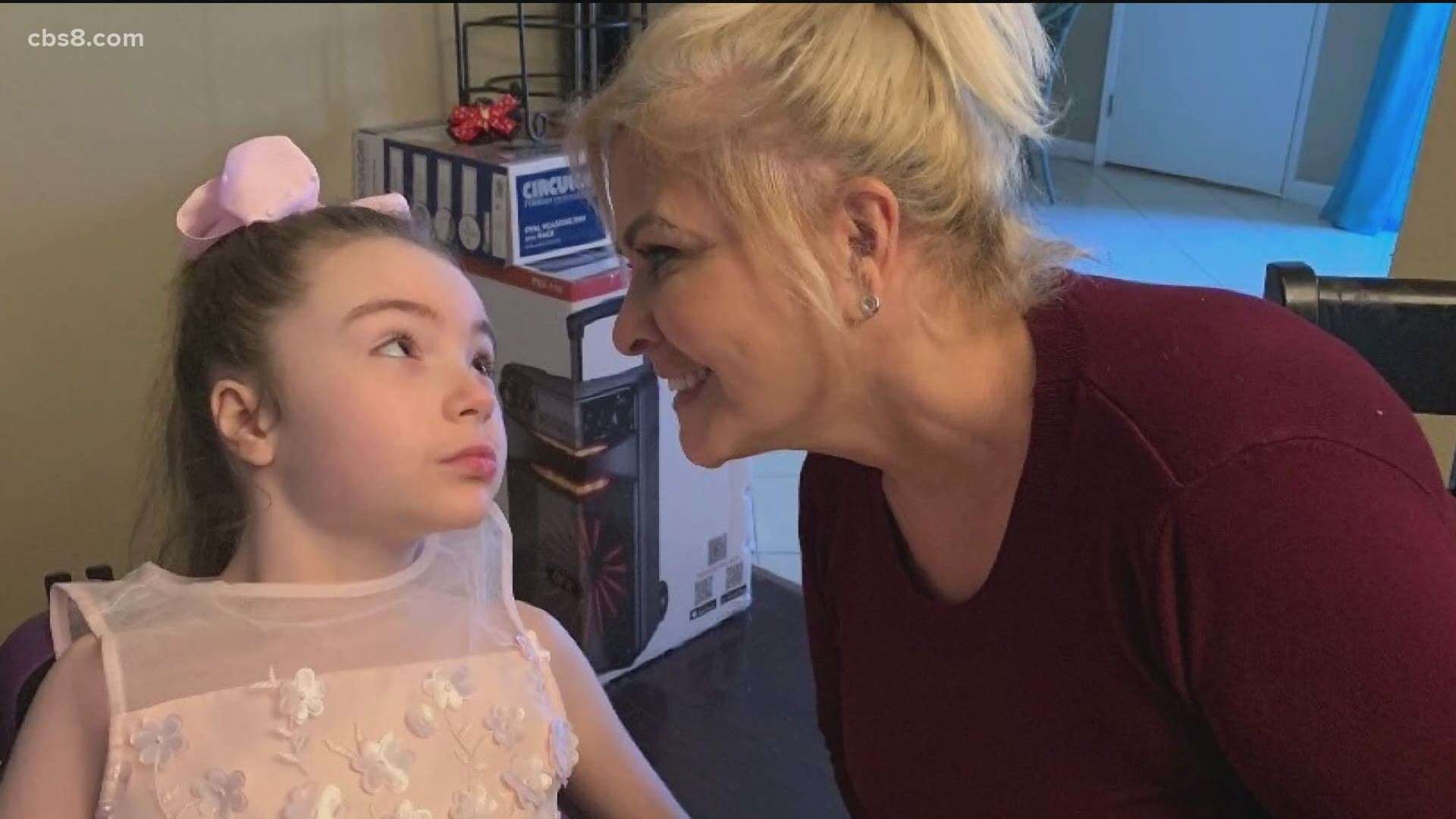 SAN DIEGO COUNTY, Calif. — Over the past 20 years, our stories on foster children who need forever homes have led to the adoptions of nearly 900 children.

Many of the children are considered more difficult to place because they are older, are part of a sibling set, or have special needs. Seeing the children shine in our stories, however, can make all the difference in the world.

Tally, a single mom with three adult children, said our Fostering Hope story on Isabella inspired her to adopt. Tally recalls it was 2018 when she came across Isabella's story on our website and felt an instant connection with Isabella, but Tally noticed the story was about a year old, posted in July 2017.

She immediately called San Diego County Adoptions to see if Isabella had been adopted. When she learned that Isabella was still waiting to find a forever home, Tally knew she wanted to do everything possible to bond with Isabella and bring her home.

Isabella is non-verbal due to a rare neurological disorder, but she has a beautiful way of connecting with people with her eyes and expressions. Tally began visiting her regularly, hoping that Isabella would get used to her presence, and in about six months' time, Tally said she saw Isabella thriving.

Tally said it didn't take long before she began the process to become Isabella's mother, and they recently finalized Isabella's adoption.

Tally said Isabella has become more independent, making it clear she doesn't want to be in her wheelchair all day, but rather explore in her walker.

Having raised three children who are now out of the home, with their own families and careers, Tally said she had more love to give. She adopted her 14-year-old son Christian when he was 3 years old. Doctors said he would likely never walk or talk, but he has beaten all odds.

Tally said special needs children are capable of so much more than most people believe.

"I believe in these kids," she said.

Tally gets emotional thinking about the way Christian and Isabella have blossomed and encourages others to consider becoming a foster or adoptive resource parent as well. She said if you have a heart and room in your home, you can give a child a life-changing gift of a forever home. But, she adds, you'll soon realize you're the one who is on the receiving end of that gift.

"It's a blessing to have kids like these kids," Tally said.

To learn more about becoming a foster or adoptive resource family with the County of San Diego, call 1-877-792-KIDS or click here.