At the age of 10, Lucas Kaimer was badly scalded from the waist down when hot water from a tea container spilled on him. 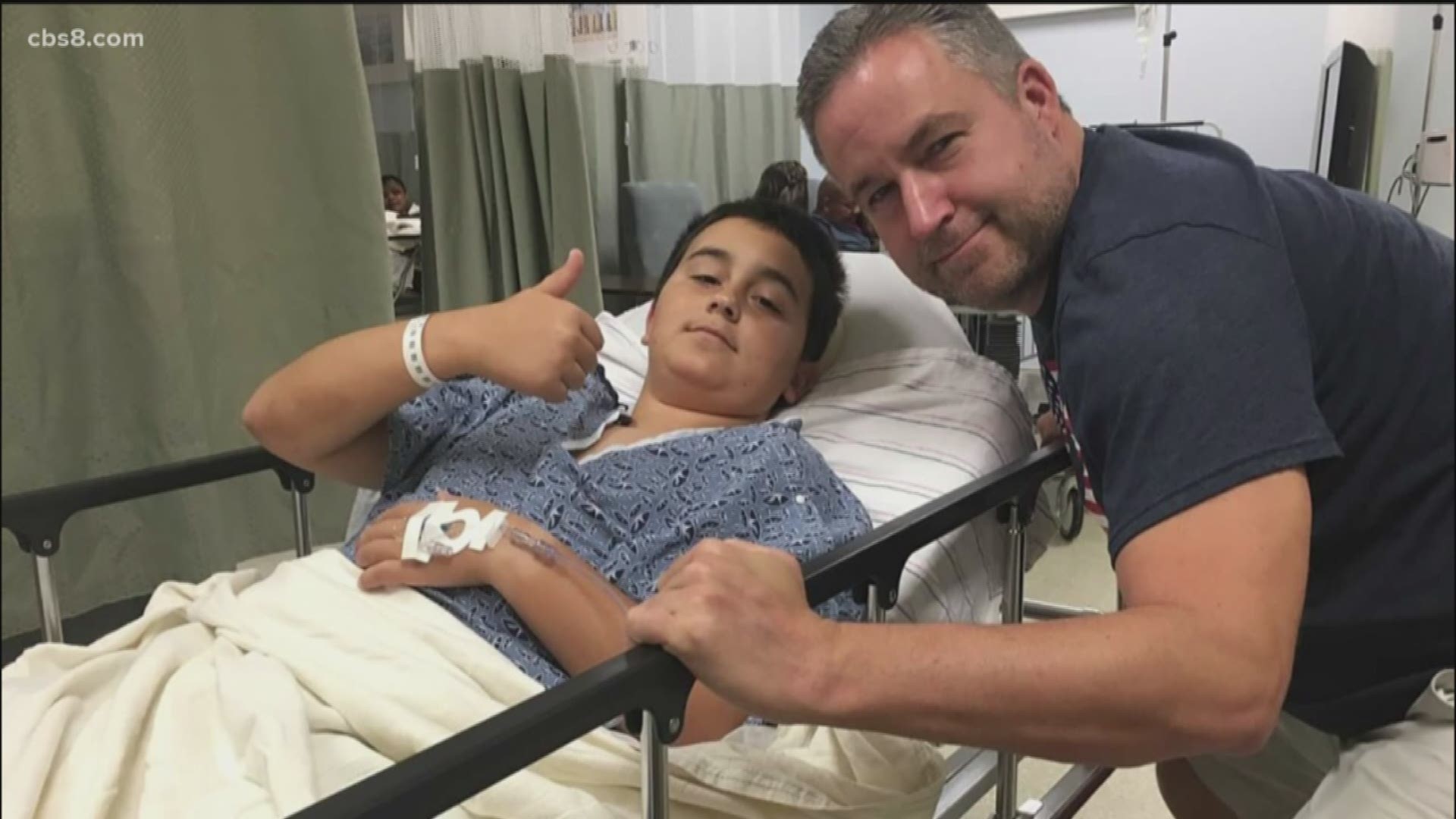 SAN DIEGO — Children with burn injuries are being helped with a new type of laser surgery at Rady Children's Hospital.

In this Growing Up San Diego report – sponsored by Rady Children’s Hospital – we spoke to a local family whose son is making remarkable progress after suffering severe burns.

At the age of 10, Lucas Kaimer was badly scalded from the waist down when hot water from a tea container spilled on him.

“Second and third-degree burns, deep tissue burns, from his stomach down to his knees; he was in the ICU for three weeks,” said Jason Kaimer, the boy’s father.

“I do remember looking down and everything was kind of black, which was kind of weird,” Lucas Kaimer recalled.

When the boy got out of the UCSD burn unit, the pain continued as his skin healed.

“You don't know how traumatic burn injuries are until you experience them.  I knew nothing about it.  And to live it and see it, the initial treatment and process is just horrific,” said Jason Kaimer.

Lucas had to quit playing sports because the stretching of his scar tissue as he moved was just too painful.

“When there's healing that happens after a burn, it doesn't always leave the skin as functional as it was before,” said Dr. Lawrence Eichenfield, a pediatric dermatologist at Rady Children’s Hospital.

Now, a new type of laser surgery at Rady Children’s is making life easier for Lucas. The treatment uses lasers to punch tiny holes in the scar tissue and rehabilitate the skin.

“With a few laser procedures he just did incredibly.  It was just really remarkable.  Not only were they pleased with the way the skin looked but it was more supple.  It was less tight,” said Dr. Eichenfield.

Now at age 14, Lucas is able to play golf again and participate in other sports like soccer.

“Before, I did a lot of sports.  I always was doing football, baseball, and swimming.  But now I'm doing more relaxed sports like golf and soccer,” said Lucas.

And, the teen’s golf game is getting pretty good, even better than his father’s.

“There's definitely light at the end of the tunnel due to the surgery and I'm actually able to do P.E. at school and have fun,” said Lucas, who is a sophomore at Del Norte High School.

The innovative laser surgery being performed at Rady Children's Hospital was first used on wounded warriors before it was adapted for use on children.