Construction is not just a guy’s job, welcome to Camp NAWIC San Diego!

Local camp builds a foundation for girls in the construction industry. 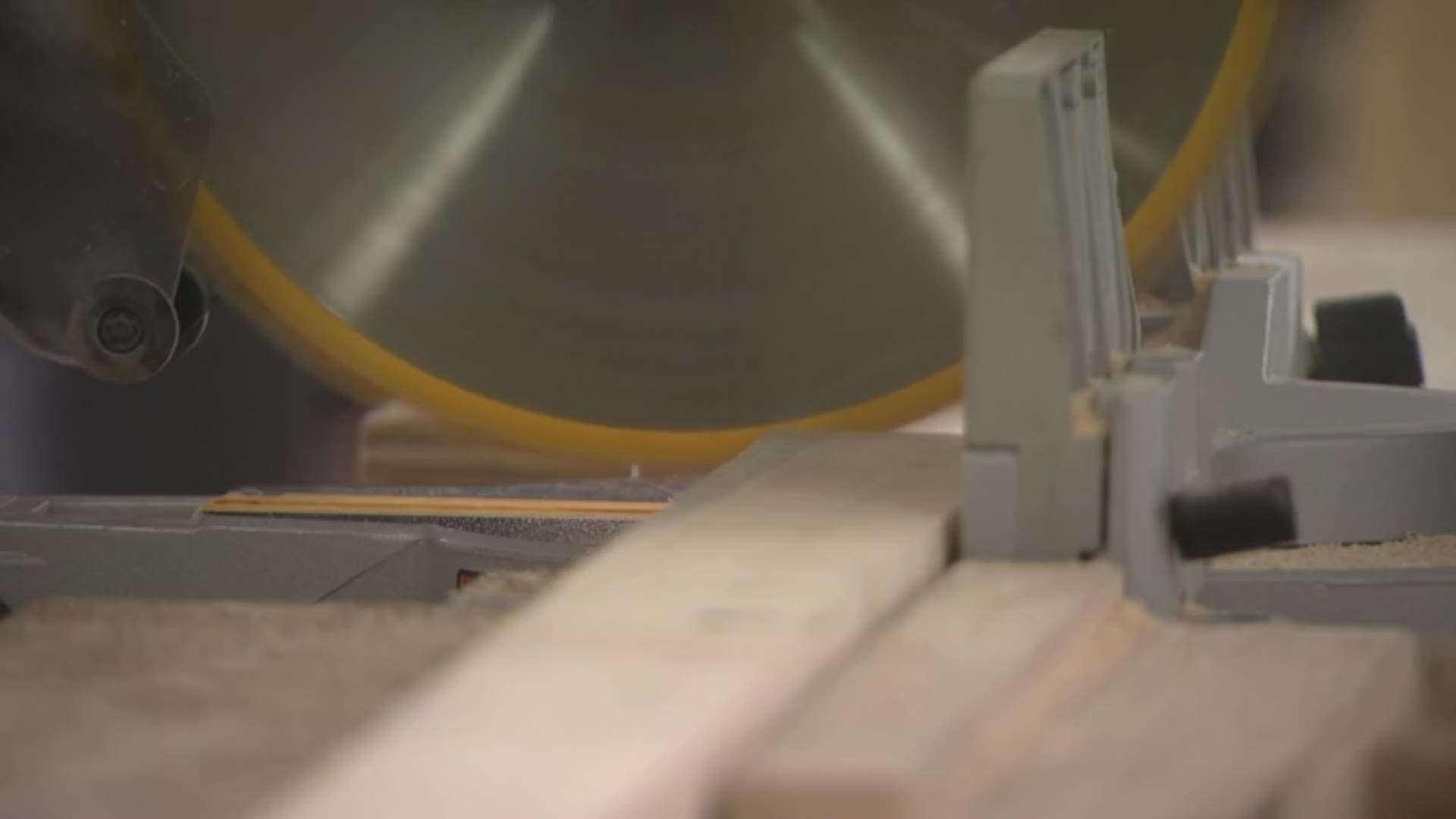 "You get to work with power tools, you get to cut stuff, drill stuff and that's kind of fun in general," said camper Shanon.

A hands-on approach, campers engage in array of construction trades.

First-year “apprentices” and returning “journeymen” like Shanon work in teams. "We're putting in windows we're putting up dry wall, we're putting shingles on the roof,” said Shanon. "The girls are working on cutting the siding for the She Sheds right now. Construction holds many different varieties so they can work in the field, manage projects and they can also own a company someday," said Dicharry as she tours the camp. "They get to see trades people in action and once they see somebody doing it they think woah I can do that."

Dicharry adds, “That solar package will be mounted to the roof, it's pretty innovative, it doesn't require any wiring on the inside of the shed but it will provide lighting and an outlet.” The camp instills 100-percent focus....as campers learn from the pros. Supported by Future Construction Leaders, volunteer mentors and trailblazers like Eve Sheppard from Raymond Group share their knowledge and passion. "All the years I've been in the construction trade, there's been very few women so this program right here kind of helps ladies have support and get through the challenges,” said Sheppard.

“Early on in this industry, it was considered a man's role…but I learned early on, I have a great partner, Eve. We'd be racing each other, she'd kick my butt. " Not only can they do it, they can do it better than us,” said Seyfferth.

"It feels very rewarding because you see all the work that you've put in over the course of an entire week and you see it come to life. Learning all these skills and assets that are now in my tool belt,” proclaims Shanon. The camp's foundation is empowerment, framing hundreds of young women's futures.

"We want to give them the confidence to know they are capable of doing anything they put their minds to,” said Dicharry.