Out of the entire labor force, women only make up 27% of all STEM jobs in America. 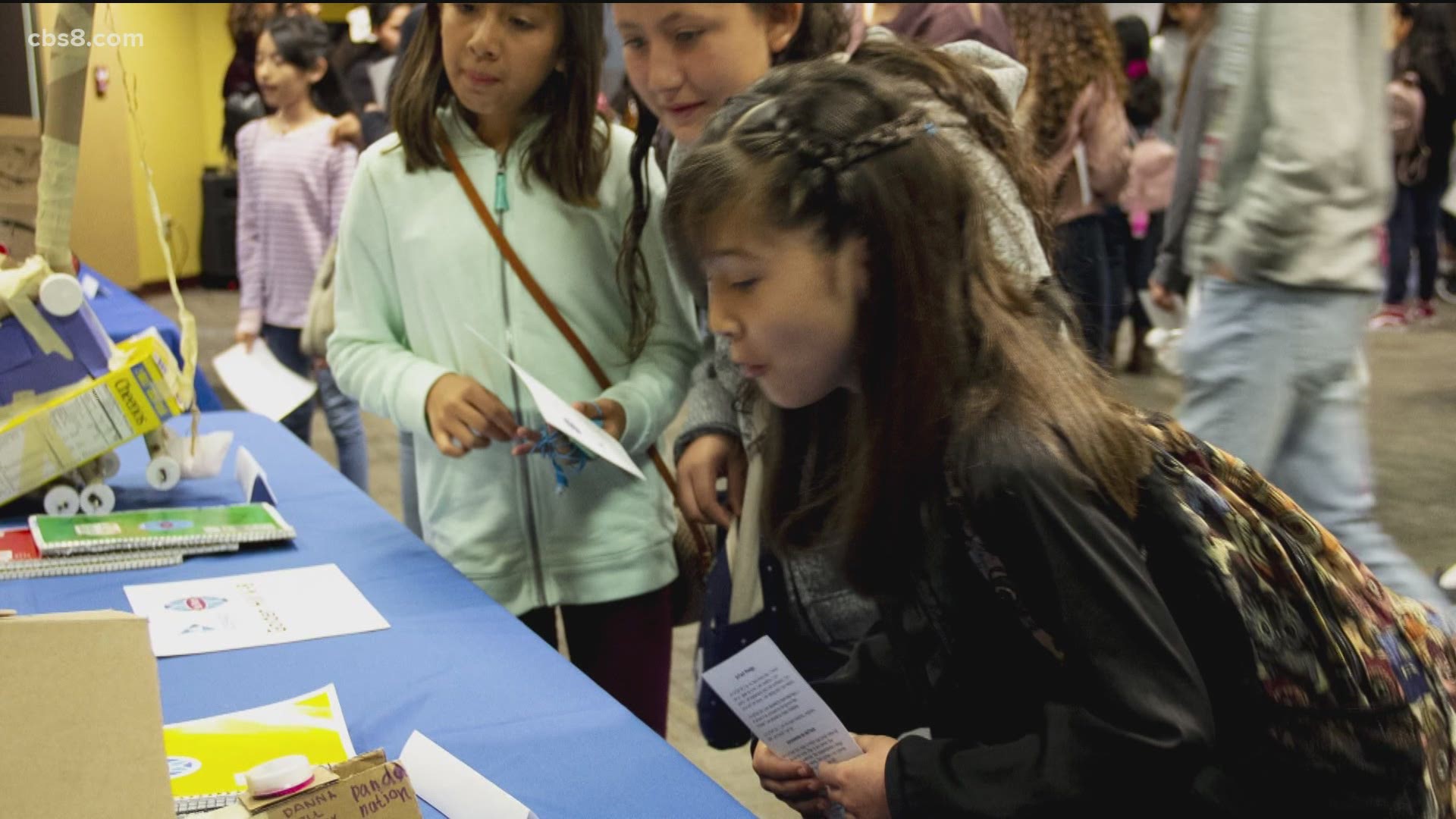 According to the US Census Bureau, women are vastly underrepresented in fields relating to Science, technology, engineering and math. Also known as STEM.

Out of the entire labor force, women only make up 27% of all STEM jobs in America.

"Even when I was in college, I knew two females who were in engineering," said Ariana Walker, a science educator at Fleet Science Center. "Sometimes they were the only females in lecture halls for five hundred, three hundred students."

After graduating from UCSD, Walker joined the team at the Fleet Science Center and has made it her mission to get kids, especially young women, interested in all things STEM.

The SciTech, an afterschool program devised by the Fleet Science Center for girls in 4-6 grade, hopes to develop a passion for STEM learning at an early age.

The classes give young women a hands-on approach with interesting activities with the aim of inspiring the next young scientist or engineer.

"We also do food chemistry with cooking and we do makeup, chemistry, chemistry of cosmetics, because that's something that they're interested in at that age," said Walker. "We'll do everything from earthquake buildings, to technology type challenges, to make them build something that will turn on a light or power a motor."

In years past, at the end of each class, the Fleet Science Center will put on a competition between schools in the district.

Walker said that the girls will work for weeks on a large scale engineer project and then compete it for the top prize at the museum.

Although the Fleet Science Center encourages everyone to jump feet first into STEM learning, Walker believes it’s necessary to get girls involved at a young age and teaching them that they can be the next generation of innovators.

"I'm very proud of them. We get amazing, amazing girls through there. Sometimes, all they need is just someone to back them up, some confidence, someone to support them and tell them that they can do it," said Walker. "They can do it now. They are capable, they are smart, and then they're able to accomplish a lot of incredible things."