Last year to celebrate the anniversary, Tom Rice jumped out of a C47 just like he did 75 years before. 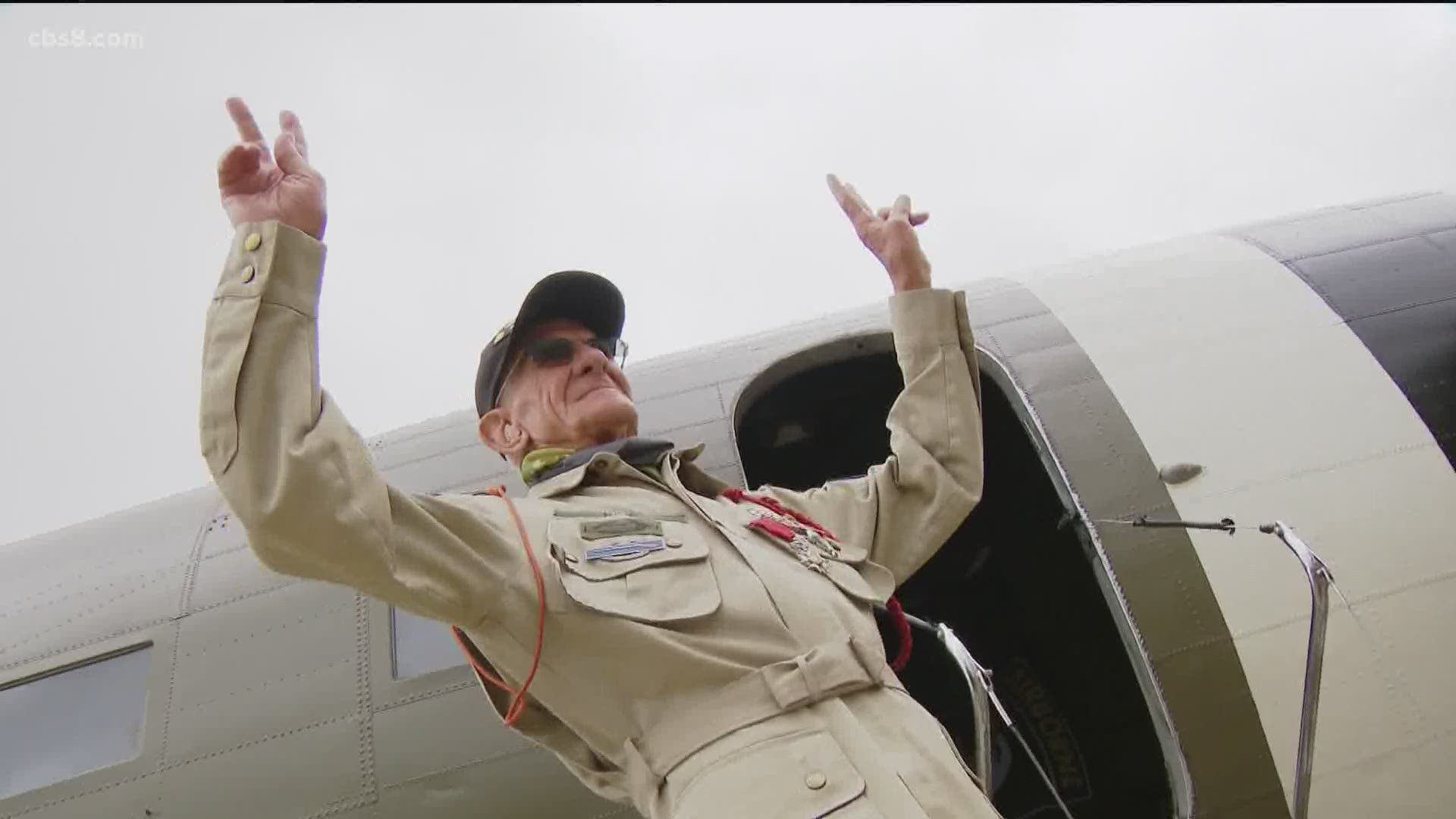 SAN DIEGO — As thousands often commemorate D-Day, this year there were small ceremonies across the United States and France for the 76th Anniversary of that incredible day.

Rice said, “Well this is Normandy weather today, so part of it is with us.”

The D-Day veteran was one of the thousands of Americans and Allied troops who parachuted into gunfire to storm the beaches of Normandy in order to rid Europe from the Nazis on June 6, 1944. More than 4,000 soldiers died during the invasion.

When asked about it, Rice said, “Any combat soldier who survives probably suffers from fame, blame, and shame. That is the process I work through all the time.”

Rice was joined by other veterans and Honor Flight volunteers. They have flown Rice and hundreds of other WWII veterans to Washington D.C. to visit their memorials.

Honor Flight Chairman, Julie Brightwell said, “We remember that and we are grateful for that and what they did for the world on that day and we are here to honor that.”

Rice is 98 years old and last year, with the help of Crossfit Training, he jumped from a C-47 in Normandy. The same jump he planned to do this year before the pandemic canceled it. He said he plans to do the jump “probably until 101, and anything beyond that is the grace of God.”

With the help of sponsors and the Honor Flight, they flew the paratrooper on the D-Day Dolly C-53 over San Diego with a Normandy flag along with pictures of local D-Day veterans who couldn’t make the flight.

Rice said, “Today is special in memory of all those just could not follow us, those who were killed, that were injured and died, those who were captured and we never saw them again.”

It was a D-Day celebration this paratrooper will never forget.

Once COVID restrictions are lifted, Honor Flight plans to fly veterans from the May flight.

To check out when Abbie joined Honor Flight veterans on a trip to DC, check out the video below.

RELATED: Meet the 97-year-old Coronado veteran that jumps out of planes