“To be away from the house for ten days, it is a real pleasure to be home." 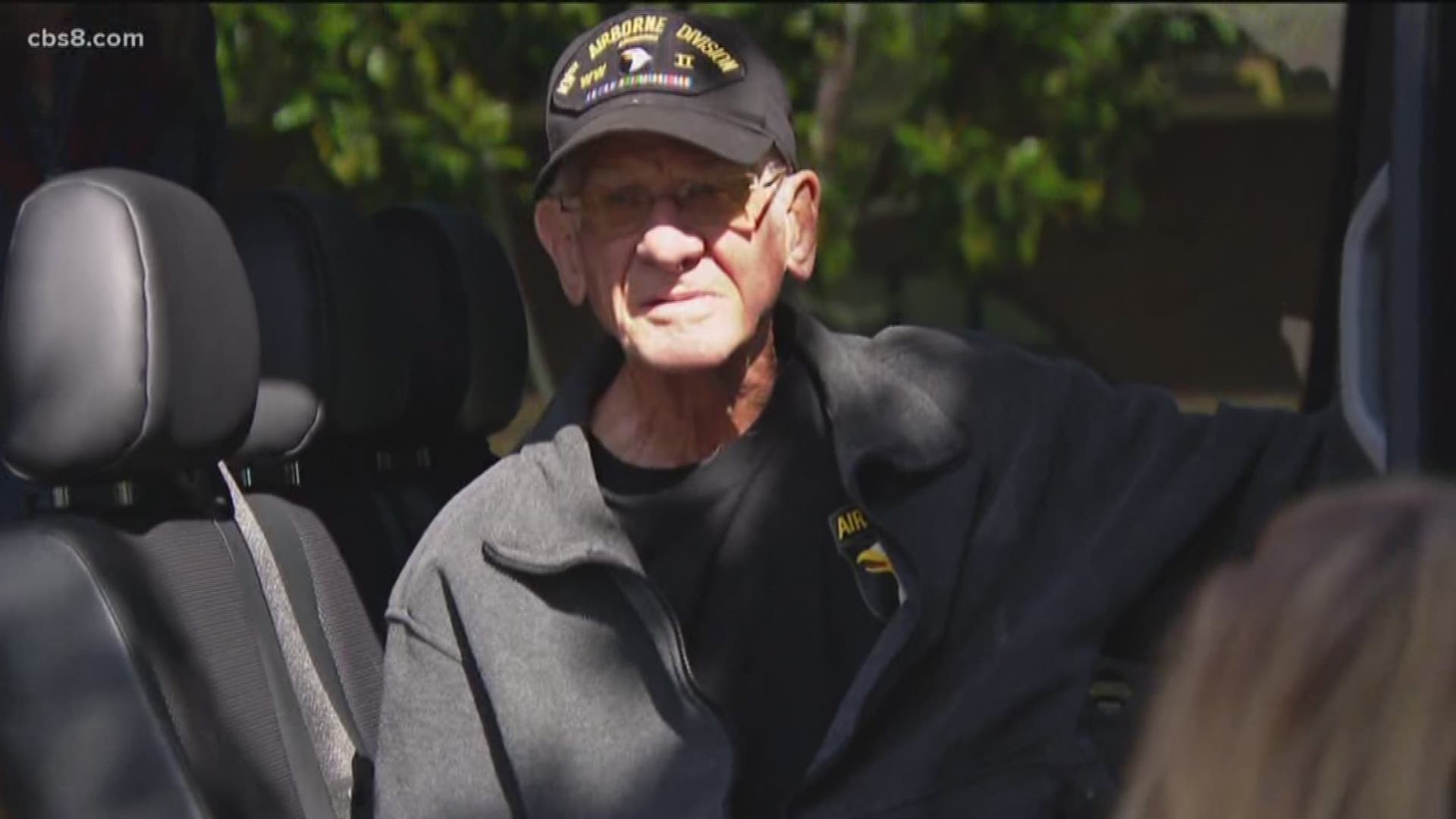 CORONADO, Calif. — Paratrooper Tom Rice returned to Coronado Tuesday from France where he spent the past ten days in front of cameras and meeting other war heroes.

“To be away from the house for ten days, it is a real pleasure to be home,” said Rice.

The 97-year-old World War II D-Day paratrooper parachuted 6,000 feet in the air from a C-47 in Normandy last Thursday for the 75th anniversary of D-Day.

In 1944, it was dark, and Rice was one of thousands of Americans and allied troops who parachuted into gunfire to storm the beaches of Normandy to rid Europe of Nazi Germany. More than 4,000 died in the invasion.

“To honor those who did not come back, who are deceased, who walked away from it and could not stand to deal with it anymore,” he said.

Rice trained at CrossFit Coronado for six months to prepare for the jump.

“Twice a week, doing all kinds of exercises, strengthening the arms, shoulders, the knees and the whole body,” he said.

“It is the highlight of my career as coach and physical therapist to hopefully play a small part in somebody getting to do something like that and hopefully give back,” said Clint.

Clint said he plans to continue training Rice for many more jumps.

Rice might even jump at the age of 102 because a 101st Airborne Veteran British man who jumped at 100 wants to beat his record.