The ribbon cutting ceremony wasn't just a celebration, it's the beginning of a new life. 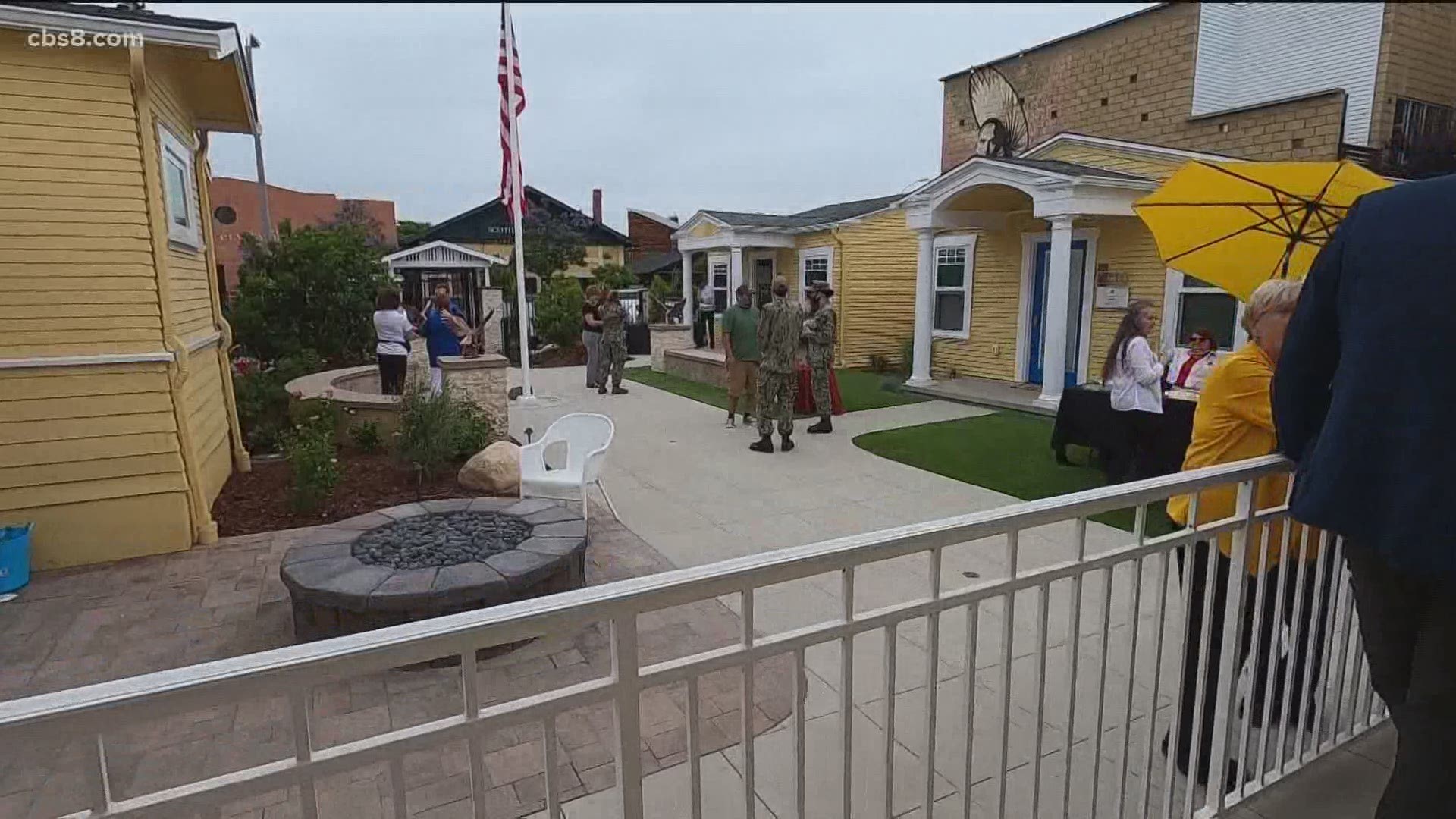 SAN DIEGO COUNTY, Calif. — A development of homes designed for ill and injured service members was unveiled to the public on Friday in South Park.

Freedom Station II is the second project of its kind in San Diego.

The ribbon cutting ceremony wasn't just a celebration, it's the beginning of a new life.

"Everything we can do to make it peaceful, happy, healthy - that's what we're gonna do to help them transition," said Sandy Lehmkuhler, the founder and CEO of Warrior Foundation Freedom Station, the organization behind Freedom Station II.

There are eight single room cottages, plus a home for visiting family. The so-called village was designed specifically for ill and/ or injured servicemen and women as a place to transition into civilian life.

Josue Barron lived in Freedom Station I after losing his left eye and leg in Afghanistan. He was just 21 at the time. He recalled being admittedly scared to face his new reality. After learning about Freedom Station I while recovering at San Diego's Naval Medical Center, he was allowed to live there with his wife. Among his neighbors where four fellow Marines in his unit.

"The comradery is always there," said Barron.

Today, the Purple Heart Recipient is thriving. He and wife live in Temecula with their three boys. Barron is an accomplished basketball player and cyclist, competing in the Invictus Games.

He is not allowing his injuries to define him.

In fact, he embraces them. His lost eye has been replaced with the Marine Corps emblem.

"It represents who I am. I feel like I'm living a normal life," he said.

Tenants will be moving in in the coming days. The average stay is 16 months, at which point, tenants, who do pay a discounted rent, move out, making way for others who need the same kind of support.

"It's helping those who may not have the confidence to go out into the world and live on their own," said Barron.

News 8 is a proud partner of The Warrior Foundation.