High-flying Navy parachuters take to the skies above San Diego

The Leapfrog parachute team has been entertaining people since 1974. 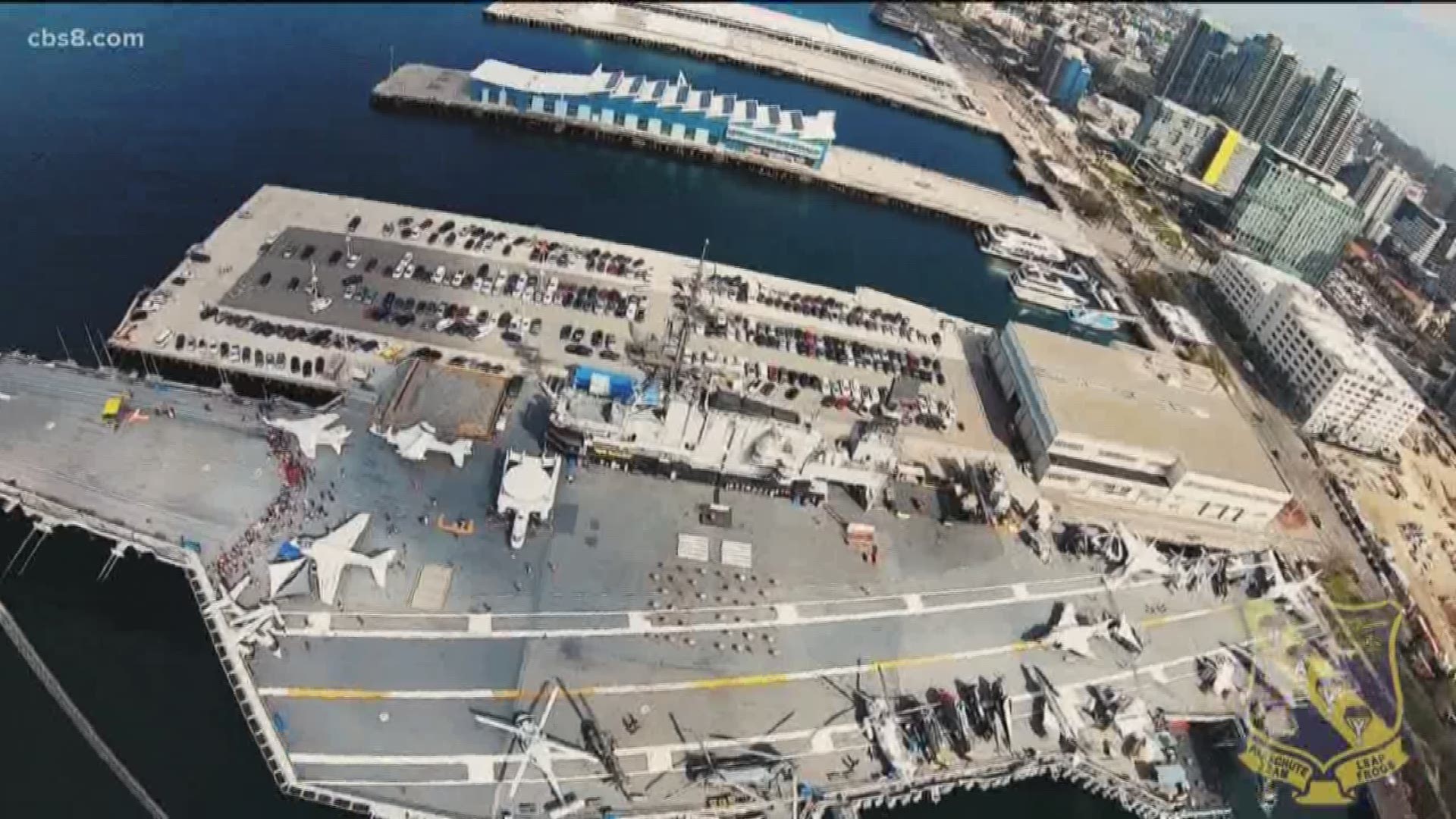 SAN DIEGO — From high above San Diego, five members of the Navy's elite Leap Frog parachute team twisted and spun from the sky Wednesday. Its target was the thin landing strip of the USS Midway.

"Everyone on the team has been in the Navy for quite a while, probably at least 10 years," said Senior Enlisted Advisor Luke Howard-Vesci. "We do tight restricted drop-zones like here on the USS Midway."

Jumping from more than a mile in the air, the Leap Frogs had to land in a drop zone box of 20 by 10 feet, 10 times, in order to be accepted into the elite squad.

The team is a hit with kids.

"That's the best part of the job," said Vesci. "I remember being a little kid and meeting people in the military and I thought that was the coolest thing in the world."

The Leap Frogs do jumps throughout the country but will be back in San Diego for Opening Day for the Padres.