When the pandemic began, Wounded Warrior Homes also expanded the food pantry to serve the veteran community in San Diego. 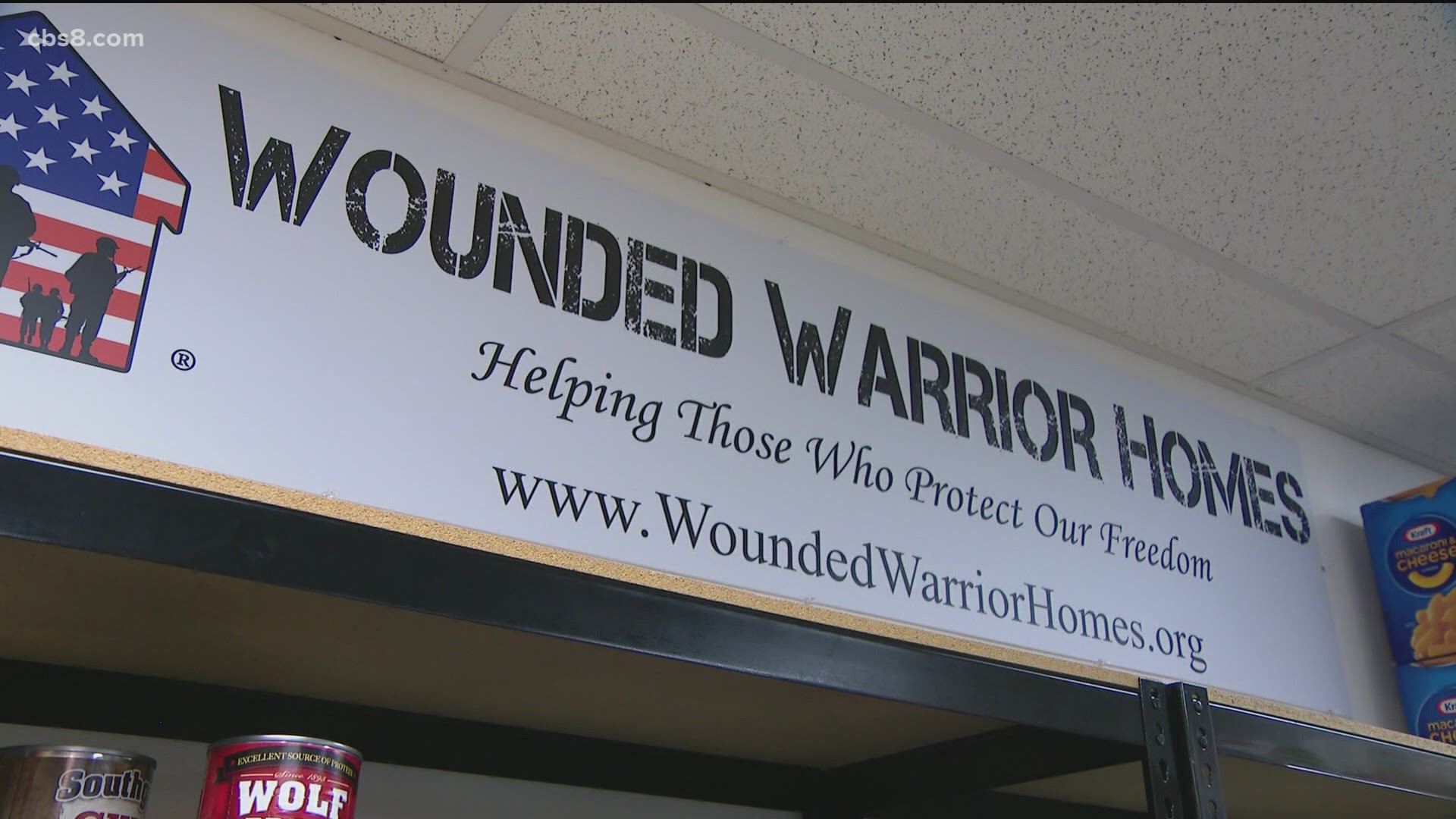 SAN DIEGO — May is Military Appreciation Month and Saturday was Armed Forces Day. In honor of that, we’re paying tribute to our military servicemen and women including our veterans.

News 8's LaMonica Peters talked to the founder of Wounded Warrior Homes who says both her father and brother served in the Marine Corps. Her brother was killed in a bombing in 1985 and now she says she’s doing whatever she can to help Veterans. Mia Roseberry said, “Four generations of Marines in my family: grandfather, father, brother, nephew.”

Roseberry added, “No one should be homeless. The veterans who’ve gone on to serve in our military and done so much for our community, should not feel lost when they’ve ended their service.”

Roseberry says many veterans need help reintegrating back into the community. When the pandemic began, Wounded Warrior Homes also expanded the food pantry to serve the veteran community in San Diego. She said, “This pantry has grown. I’ve been able to deliver food. The community has stepped up.

In the last year, Roseberry says they’ve been able to help hundreds of veterans and active-duty military and their families with high quality fresh, frozen and canned foods. After surviving the worst of the pandemic, Roseberry says they’re focused on continuing their mission.