Military families are sharing their stories of respiratory issues and illness due to the mold, saying it has been an issue for years. 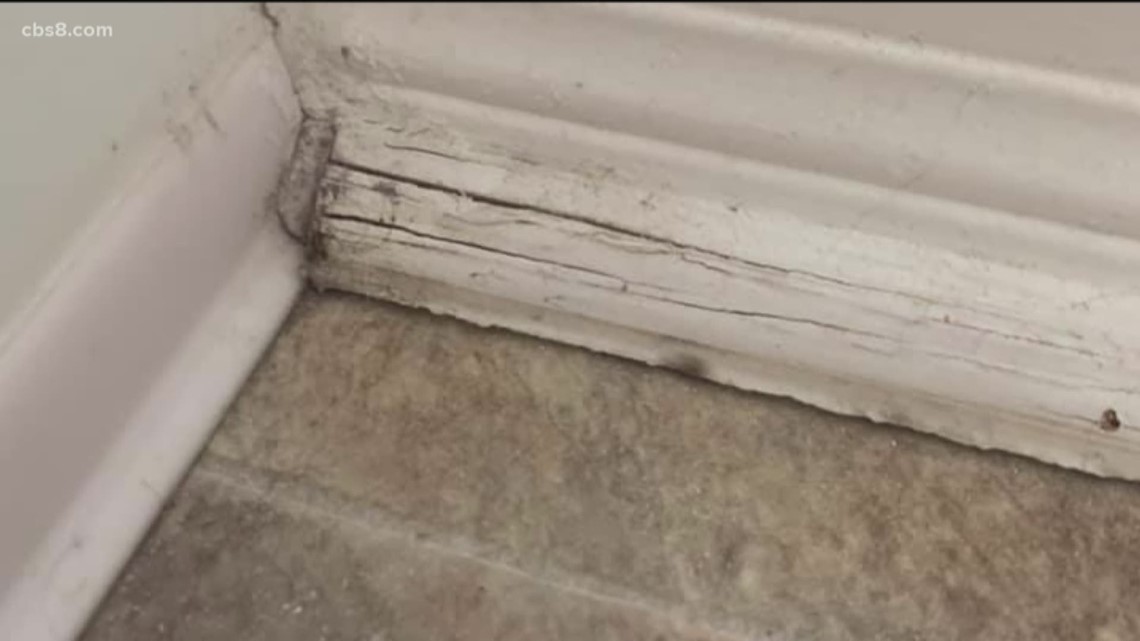 SAN DIEGO — Military families living in Murphy Canyon have been displaced after toxic mold was discovered inside their homes.

One of those families include Kimberly Dunn and her daughter who had to vacate their Santo Terrace military housing community after toxic mold and milder was discovered. They moved into their home in February and after discovering mold had to quickly packed up their home Thursday not knowing when they will be able to return. She and her daughter will be staying in a hotel for the next several weeks.

“It is not something we were expecting, to move to a hotel especially around the holidays,” said Kimberly.

Pictures shared on a neighborhood social media page showed thick black material in some of the air vents. Other residents shared stories of respiratory issues and illness due to the mold saying it has been an issue for years.

Kimberly said she was shocked having moved in less than a year ago, just before her husband was deployed.

“It is already stressful having him gone, and now having to relocate, it is not very easy,” she said.

The complex is managed by Lincoln Military Housing. It is offering to move those affected to a hotel while the problem is resolved.

Kimberly said she was only given notice at 10 a.m., Thursday that she and her family had to be out by midnight.

“Lincoln said they are taking care of it, but it should not have happened in the first place. I have not been here that long,” she said.

Kimberly said it is unclear if her family will have to spend the holidays away from their home.

“My house is just chaotic. Not it looks like a hurricane went through it,” she said.

News 8 reached out to Lincoln Military Housing for comment, but they did not provide a comment at time this story was published.