The film will also help pay tribute to so many World War II veterans on a flight of a lifetime. 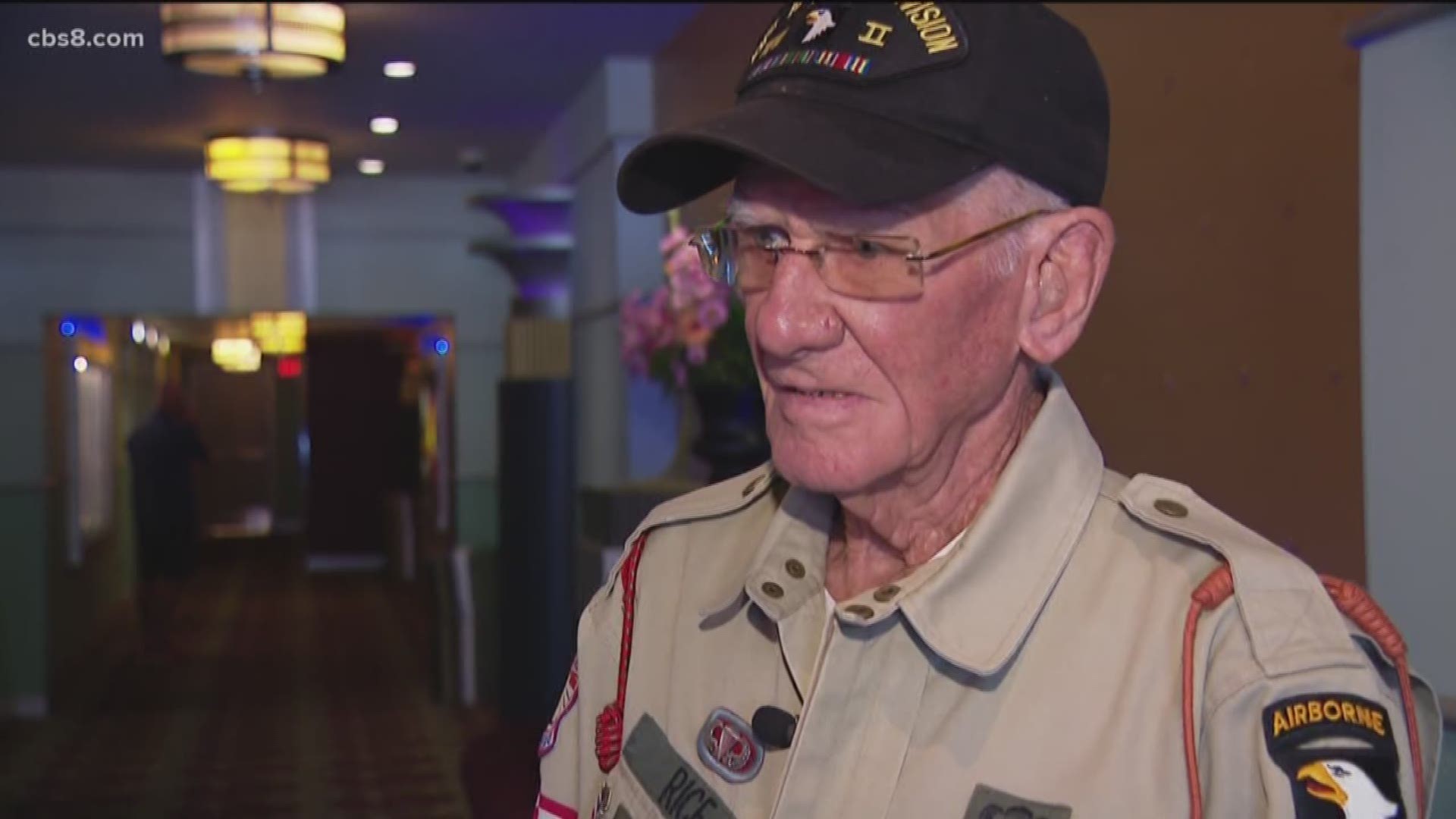 SAN DIEGO — The 'Normandy Jump 2019' documentary will premier at the Coronado Village Theater in August, but it more than documents a D-Day hero’s jump at the age of 97.

The film will also help pay tribute to so many World War II veterans on a flight of a lifetime.

Seventy-five years ago, World War II 101st Airborne paratrooper Tom Rice was one of thousands of Americans and Allied troops who parachuted into gunfire to storm the beaches of Normandy – leading to the surrender of Nazi Germany.

Tom become quite the celebrity when he parachuted 6,000 feet in the air from a C-47 in Normandy this past D-Day as part of the 75th anniversary of the invasion.

It was a moment film producer CJ Machado documented for an upcoming film, ‘Normandy Jump 2019.’

“We want to make certain that everyone remembers why we are free and the sacrifices,” said Machado.

Tom said he is historically accurate and likes to tell the truth.

“It is important to keep things going. There is not many of us left,” he said.

His story of heroism and inspiration will be released in a special screening of ‘Normandy Jump 2019’ on August 17 and 18.

Ticket sales from the showing will benefit Honor Flight San Diego, a non-profit organization that flies World War II and Korea War veterans to Washington D.C., to visit the memorials made in their honor.

“They were build for them, and they deserve to see them before it is too late,” said Julie Brightwell, Honor Flight San Diego Chairman.

The October Honor Flight is in desperate need of fund and current will not be able to fly the 80 veterans it had planned for but still hopes for a flight.

Through Honor Flight, Tom was able to share his story saying it had given him closure.

“Honor those fellas and give them your prayers. I am going to keep jumping until I am 101,” he said.

Movie tickets are on sale now for the Saturday August 17 and Sunday August 18 screenings.

Each Honor Flight costs about $250,000. Veterans fly at no cost and it is all based on donations.