Inside the belated Veterans Day celebration at Mount Soledad

The ceremony was postponed to this weekend due to last weekend's rain. 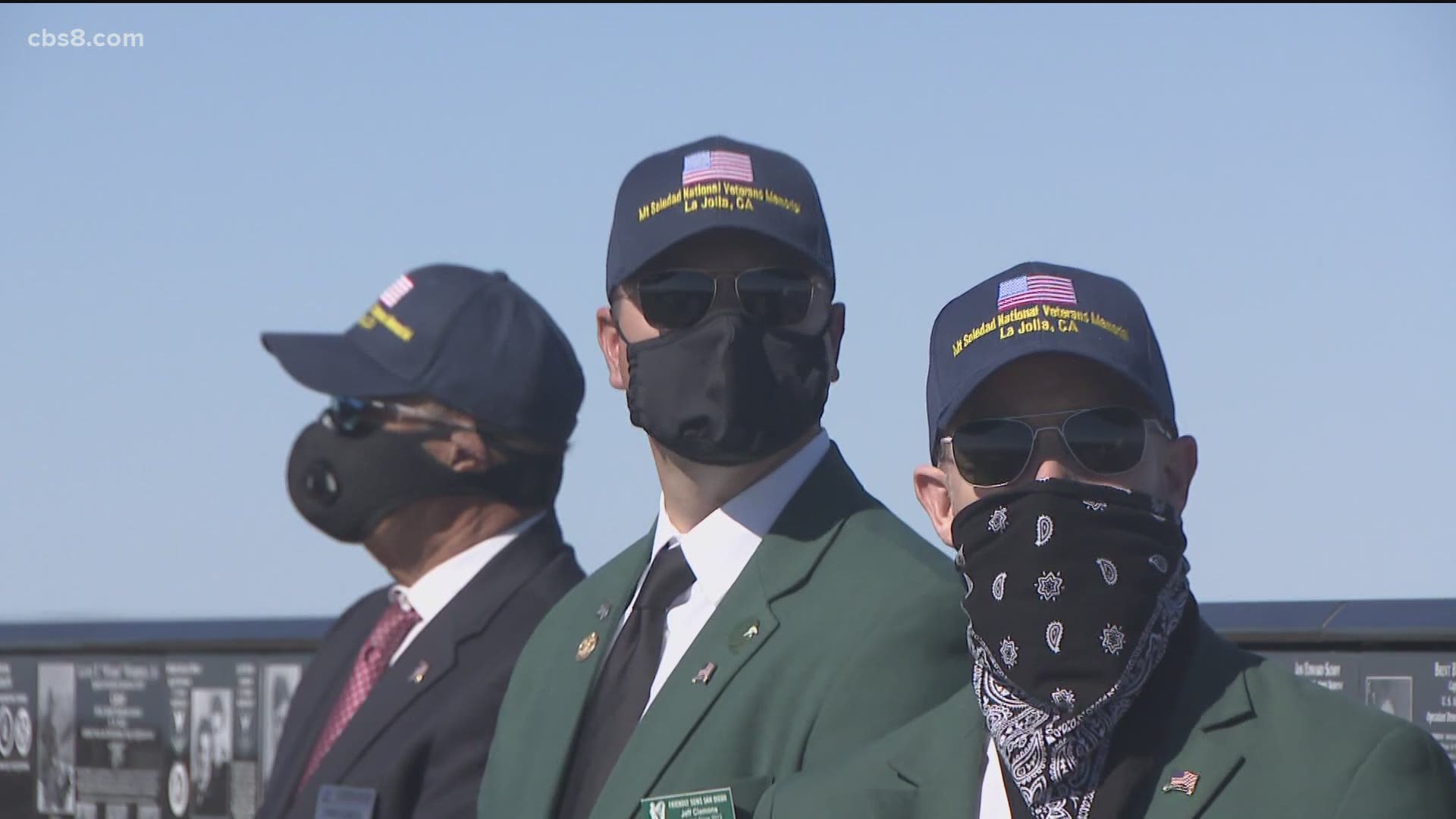 SAN DIEGO — Perched atop one of the most beautiful overlooks in San Diego, the Mt. Soledad memorial is the only military memorial that that puts a face to the names of hundreds of veterans living or deceased that served with distinction in the United States Military.

“Over 60 million people died from that horrible conflict,” said Mark Bailey, the master of ceremonies for the Mt. Soledad Veterans Day Ceremony. “Some [were] over the skies of Germany and Japan, some on the beaches of Guadalcanal and Normandy.”

Although Veterans Day is a time to remember all of those who have served, Sunday at the memorial, we honored the greatest generation, those that served for the armed forces during the greatest conflict in human history - The Second World War (WWII).

Last week’s Veteran’s Day celebrations at Mt. Soledad were canceled due to rain. This week a handful of WWII veterans tell their stories to the crowd. @cbs8 pic.twitter.com/iNvvGsCmdH

Among those that attended the ceremony were six men who served in the military during the war. They told their stories with heart and compassion to an eager crowd.

“We boarded LSD’s headed straight for Tokyo. We prayed to God that he would end the war," said Navy Vet Harrison Frank.

“In October, we had a minor typhoon-75 miles per hour. Two weeks later it came back at 130 miles per hour and it literally scraped us off the face of the earth,” said Army Vet Andre Chappaz.

“The turret I was in took a direct bomb hit, killing eleven men. Two of us walked out of that turret alive," said Stu Headly.

Headly is a 99-year-old Pearl Harbor survivor. With the intense flames burning from the oil on the water, Headly swam underwater to get to the beach safely.

“I broke surface twice, the hottest breath of air I ever took," said Headly. "Once again God’s hand was on me, because I did not scorch my lungs.”

On every Veterans Day and indeed everyday, it’s important to recognize those who served and gave everything to protect democracy and the free world.