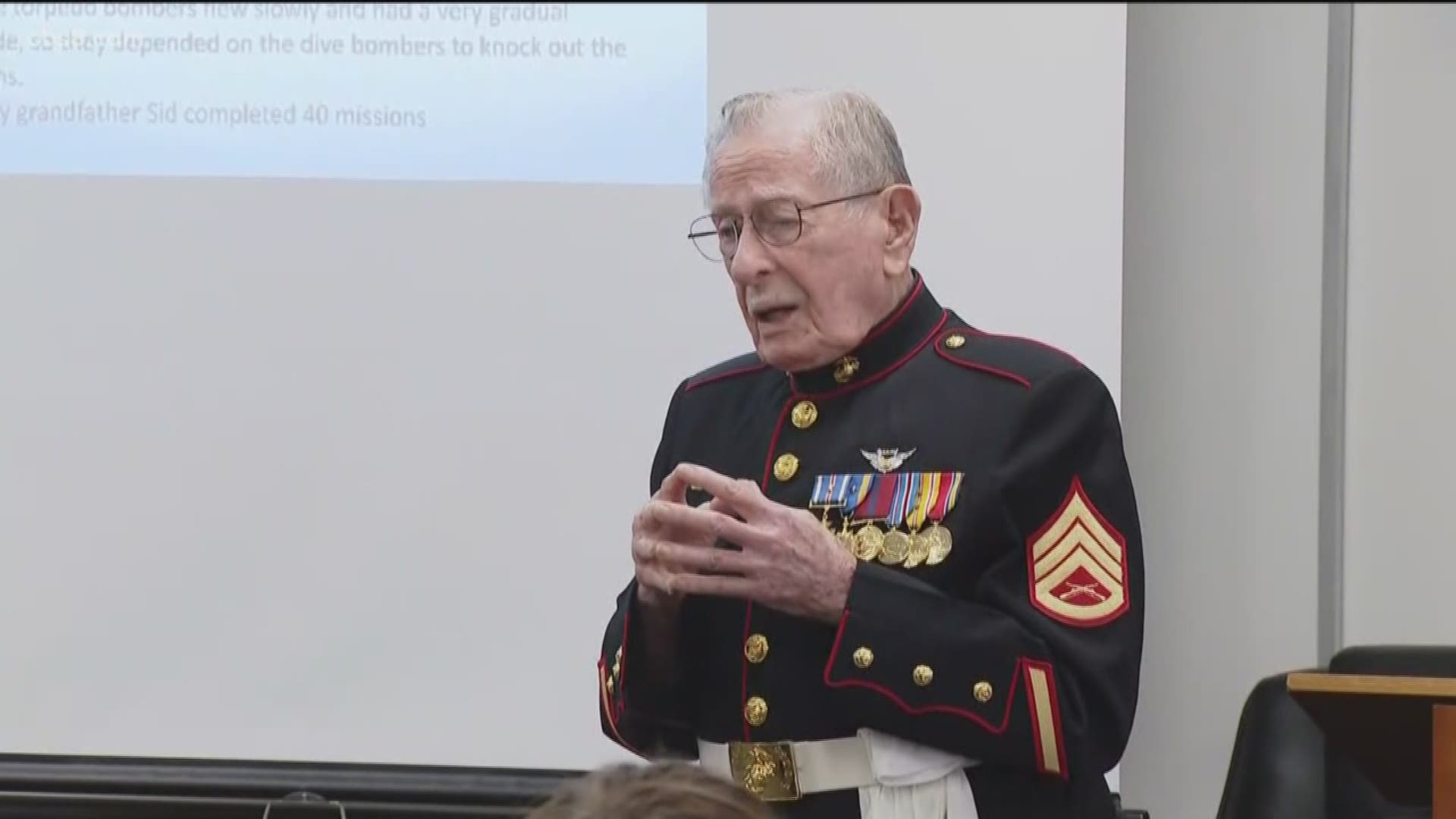 OCEANSIDE, Calif. — El Camino High School students in Oceanside on Friday listened to stories of war from the greatest generation as part of the annual Veterans Day Program in which multiple war heroes spoke in classrooms.

“They made such impactful moments on the country and it was great for them to be here,” said high school senior, Logan Clausen.

RELATED: Jeff Zevely sits down with a war hero that fought for the U.S. in three separate wars

Bob Milfflin told students how his military career began when he was 16-years-old on a merchant ship.

“I am a retired Master Gunnery Sergeant in the United States Marine Corps. Half of our crew was 16, and you can grow up real fast,” he told them.

For Sam Souza, who is a sophomore, it was his first time hearing a veteran share a story.

“I listen to everything they are saying because they have been through it all, and they have experienced basically everything you can imagine,” said Souza.

RELATED: Check out these Veterans Day deals and freebies around San Diego

“The students here are so awesome to talk with and speak with. They are open to hear from you,” said Robert Mifflin, who served in World War II and the Korean War.

“The best way to get ahead in the Marine Corps is solve a commanding officer’s problem,” he said.

“They have always been interested in our service in the Marines,” he said.

“They give me inspiration because they have been in the service for as long as they have, and they have such good careers,” said Clausen.

“I am delighted to have the youngsters learn a little bit more or something because most of them have no idea about one of the most important wars we ever fought,” he said.