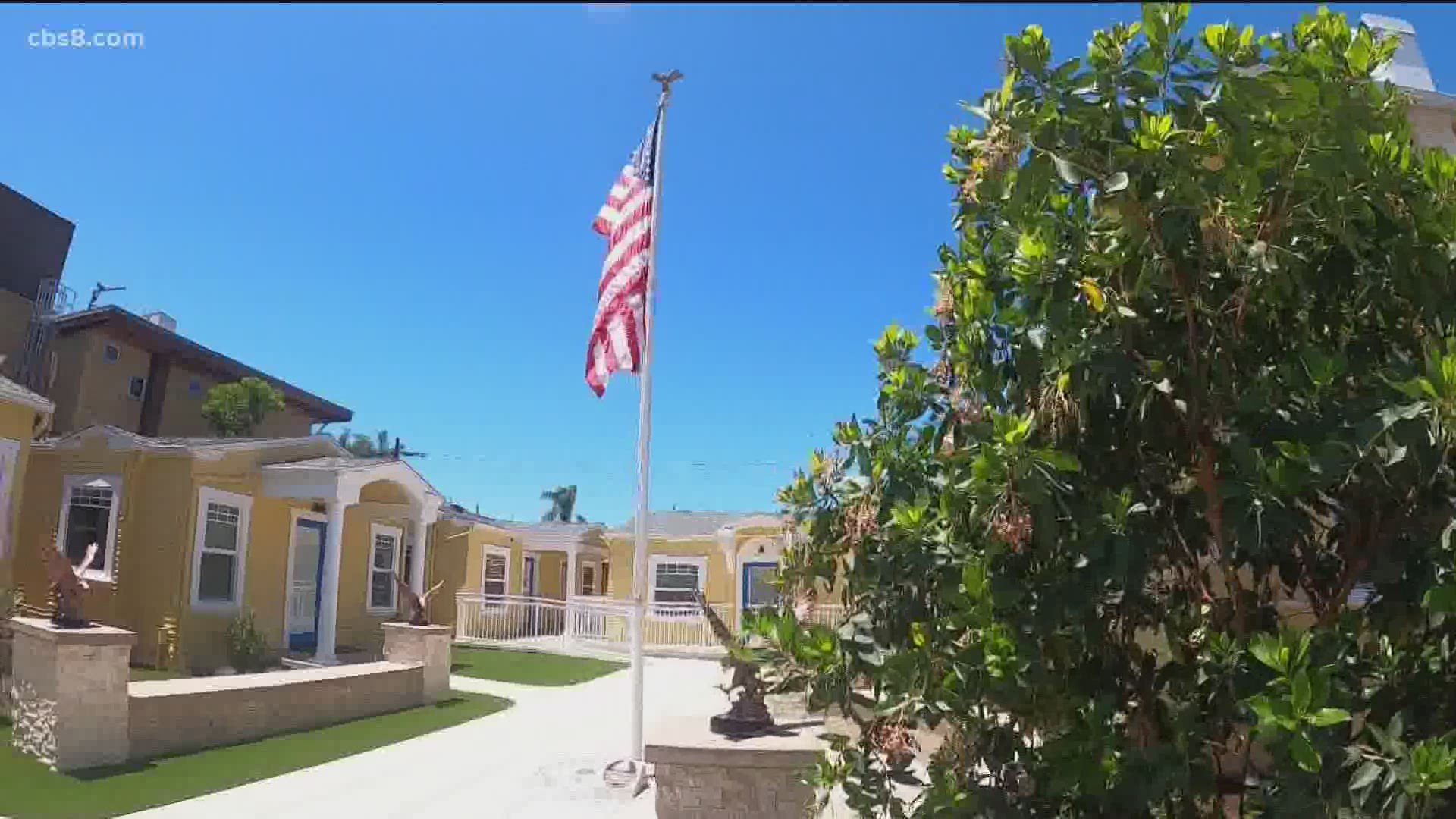 SAN DIEGO COUNTY, Calif. — Memorial Day is this weekend, and it seemed fitting that a group of ill and injured servicemen prepare to move into new homes designed just for them.

For those moving in, it represents a place to heal.

Zach P. can't wait to make one of the cottages his own.

"Every unit has the American flag," he pointed out.

For him, it’s more than just a place to eat, sleep, and relax. It's where the former Navy SEAL hopes to focus on his mental and physical health after suffering a brain injury while stationed in Afghanistan in 2010.

"It's been a very hard transition learning how to adapt," he said.

Zach's roommate will be his service dog, Cody. His neighbors will be seven other former military personnel who share similar experiences.

"I want it to be the most beautiful cottage they've ever seen."

Sandy Lehmkuhler is the founder and CEO of Warrior Foundation Freedom Station.

Of the eight single-room cottages, some are ADA friendly for amputees. The so-called village was designed specifically for ill, and/ or injured servicemen, and women as a place to transition into civilian life.

"I have watched our warriors move into these places be able to take a breath and know that if they're having a rough day. They can walk outside the door. There are nine other people who know exactly what they're thinking and can help them," said Lehmkuhler.

The development is close to Naval Medical Center, which serves many of the tenants. Those scheduled to move in were referred by their commands. The average stay is 16 months. After that, tenants, who pay a discounted rent, move out, making way for others who need the same kind of support.

"We have numerous success stories of guys who have gone and just done great things after receiving a hand up while they're here for a period of time," said Warrior Foundation Freedom Station president, Greg Martin.

As for Zach, he has four upcoming surgeries. Though, he's not letting that stop him from accomplishing his goals. He plans to get his Master’s degree, and earlier this year, he reached the summit of Mount Kilimanjaro.

"It's a place to fully heal and really start a new chapter," he said.

RELATED: The pandemic hasn’t killed California’s big housing plans — but they have mutated