News 8's Abbie Alford and Mike Edison went along for the trip of a lifetime which departed Friday with 83 veterans including one of the first female commanding officers in the U.S. Navy. The group included veterans who fought in World War II and the Korean War, many of whom had never been able to visit the war memorials that were built in their honor.

Arrivals begin around 39:00 in the video below.

For the trip to D.C., American Airlines decorated the cabin with American flags. A big surprise during the flight was "mail call" when veterans on board received 4,200 letters written by family and local students.

The group awoke early Saturday to see the sunrise over the WWII memorial and went on to tour several memorials including the US Marine Corps War Memorial and the Woman in Military Service for America Memorial. 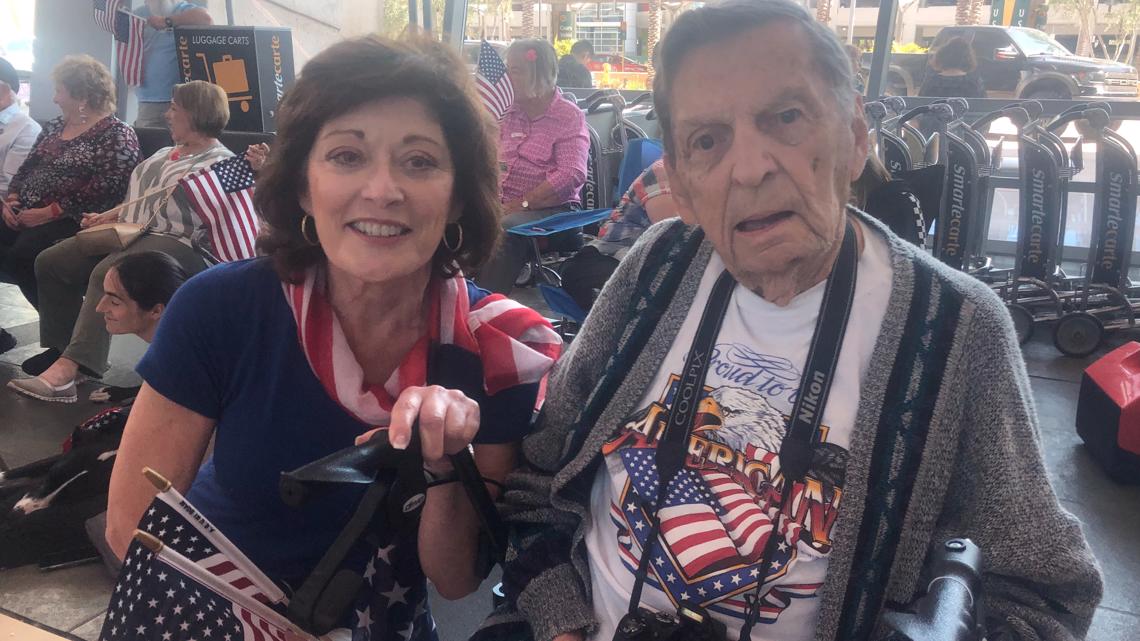 Abbie Alford
We're on our way home!!! So many emotions and I don't want it to end! Please welcome home our WWII & Korean War veterans at Lindbergh Field, terminal 2, at 3. (We're delayed). See you soon!!