Rare black jellyfish spotted off the coast of San Diego

It's a rare find off the coast of La Jolla. A kayaker stumbled upon what is believed to be a rare black jellyfish. 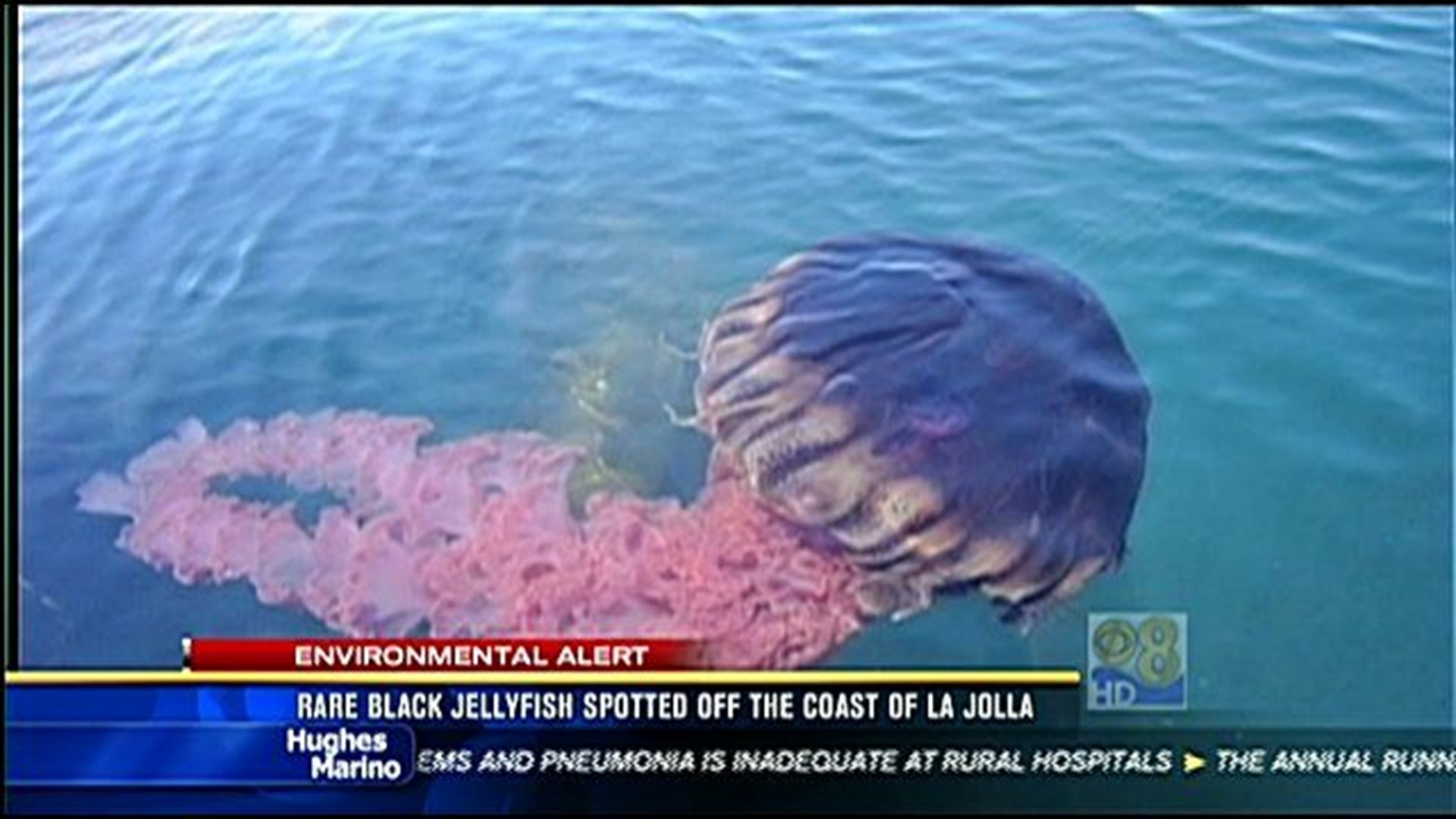 LA JOLLA (CBS 8) – It's an unusual find off the coast of La Jolla. A kayaker stumbled upon what is believed to be a rare black jellyfish. And, there was something very special about this jellyfish – it was the size of a hula hoop.

Friday, July 1, Joe Richman was fishing the kelp beds in his kayak about a quarter of a mile off La Jolla's shore.

"And all of a sudden, I see this big jelly fish swimming right by me," said Richman.

Richman set down his fishing pole and picked up his camera.

"In 30 years of diving and fishing off San Diego, I've seen a lot of cool things and this ranks up there as one of them," Richman continued.

Richman suspects this friendly floater was a rare black jellyfish.

Aquarist Vince Levesque with the Birch Aquarium confirms that what Richman saw was in fact a black jellyfish.

Professor Greg Rouse from the Scripps Institution of Oceanography, who snorkels the La Jolla Cove often, agrees with Levesque and had this to say:

"Oh if I saw one, I'd be wanting to snorkel all around it. But those tentacles are so long you have to really watch out for them."

But long time diver, Richman says he's been stung by little jellyfish in the past and wasn't about to push his luck with a black one.

"This one I have no idea what would have happened if I would have brushed against him. They are not likely to kill you. They are not a deadly jellyfish, but they can give you a painful sting."

The mysterious creatures have been sighted between Monterey Bay and the tip of Baja. They were only assigned their own specific species in the 1990's. Black jellyfish can grow to be three feet wide with trailing tentacles that are 30 feet long. They are named for the dark burgundy color of an adult's belly. Since 2005, sightings of the jellyfish have only been reported about three times.