The owner of a local scuba company says he's been seeing something unusual lately in the La Jolla Cove area -- sharks, and lots of them. 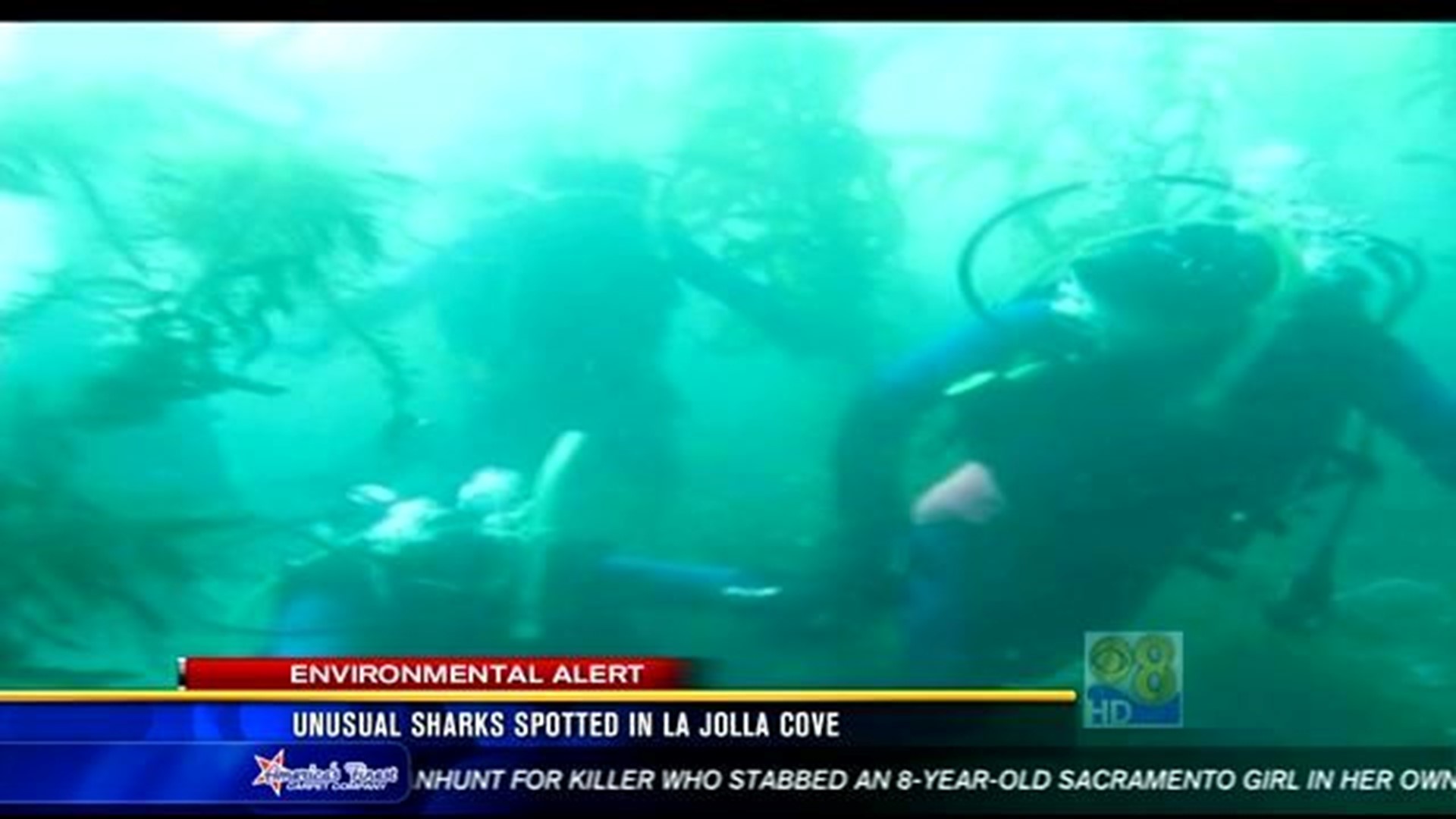 SAN DIEGO (CBS 8) - The owner of a local scuba company says he's been seeing something unusual lately in the La Jolla Cove area -- sharks, and lots of them.

If he had to, Rod Watkins with Scuba San Diego estimates that during his last dive near La Jolla Cove on Tuesday, he and his guests saw more than a dozen 7-gill and soup fin sharks.

"In fact, the group I was with we're amazed. They could not believe there were so many sharks there," Rod said.

Watkins has been diving for nearly five decades.

In fact, he's never seen so many sharks off our coast. So what's causing them to appear in such large numbers? He has two theories. One, the habitat in La Jolla has been virtually untouched, making it safe for them. Two, they're mating, as indicated by abrasions on their skin.

"Because these sharks were showing signs of battle, perhaps this is a spawning activity, more than a feeding activity," Rod said.

While some people may be concerned about the sharks, Rod says this is what divers live for.

"Divers love this. They're dreaming to see a shark in the wild," he said.

Rod adds the types they're seeing are not aggressive. He has some advice to divers who come across one, or in his case, several.

"Get their camera out, take a picture. I also advise them to tighten up, so we look big and threatening," he said.

We checked with other divers, and they also have had similar sightings.

Rod says the sharks have not been aggressive. He's working with a nonprofit organization to study why there are so many in the area.