The park dedication was the result of over a year of hard work by community advocates and two special 8th graders. 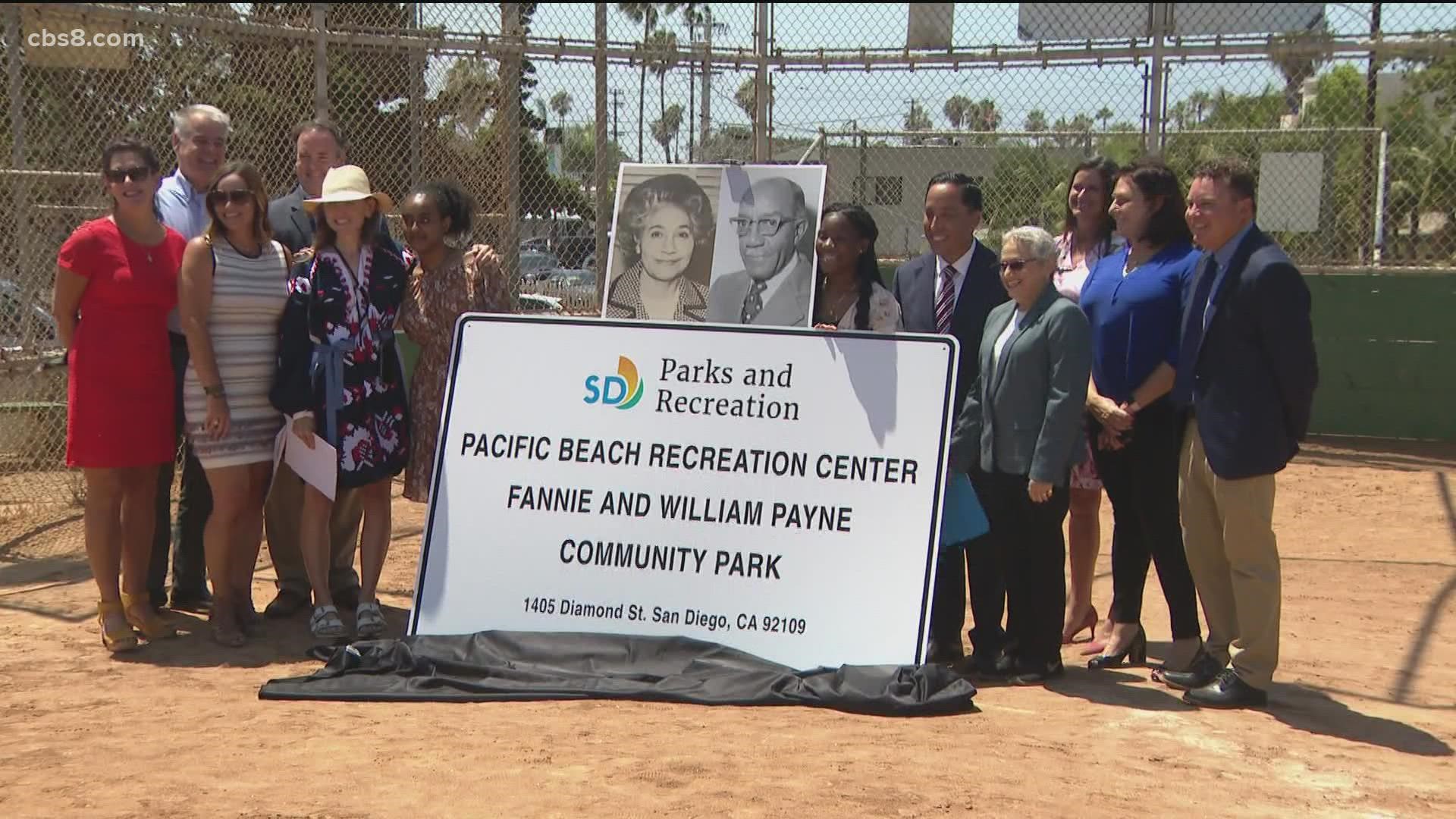 The park dedication was the result of over a year of hard work by community advocates and two special 8th graders.

“Today we’re partnering on correcting a wrong, advancing racial justice,” said San Diego Mayor Todd Gloria. “And lifting up the names of William and Fannie Payne so that they’ll forever be known in San Diego for what they did, trailblazing educators who left the city better than they found it.”

William Payne was the first Black teacher hired at Pacific Beach Junior High in 1945. That same year, 1,900 PB residents signed a petition demanding to have Mr. Payne removed from his position because of his race.

“William and his wife Fannie showed incredible resilience and commitment to public service in the face of blatant racism,” said Mayor Gloria.

The petitioners were denied by the school district and William Payne continued to educate young middle school students in Pacific Beach until he later moved on to San Diego High School where he finished out his distinguished 25 year career.

“I want them to be remembered for the people they were, they were hard-working, they didn’t give up,” said 8th grader Juliniel Woods.

Fannie Payne was also passionate about education and cultivated a lifelong teaching career including her time at San Diego public schools. She achieved a master’s degree at SDSU and after retiring, she continued her community service and was honored as a “Woman of Dedication” by the Salvation Army.

Nuhamin Woldeyes and Juliniel Woods were both eighth-grade students at PB Middle when they took this proposal to the school board for approval. Now after all their hard work, and a petition gathering 3,000 signatures, they’re proud to see the park finally renamed.

“It feels emotional to feel that happiness and the joy that this all happened,” said Nuhamin.

Community advocates Paige Hernandez and Regina Sinsky-Crosby helped with research on the story of William and Fannie, and they couldn’t be happier to see these two young girls carry it across the finish line.

“When I see these two young women at the podium,” said Regina. “I am filled with pride and joy, and a lot of hope because our future is looking so bright.”