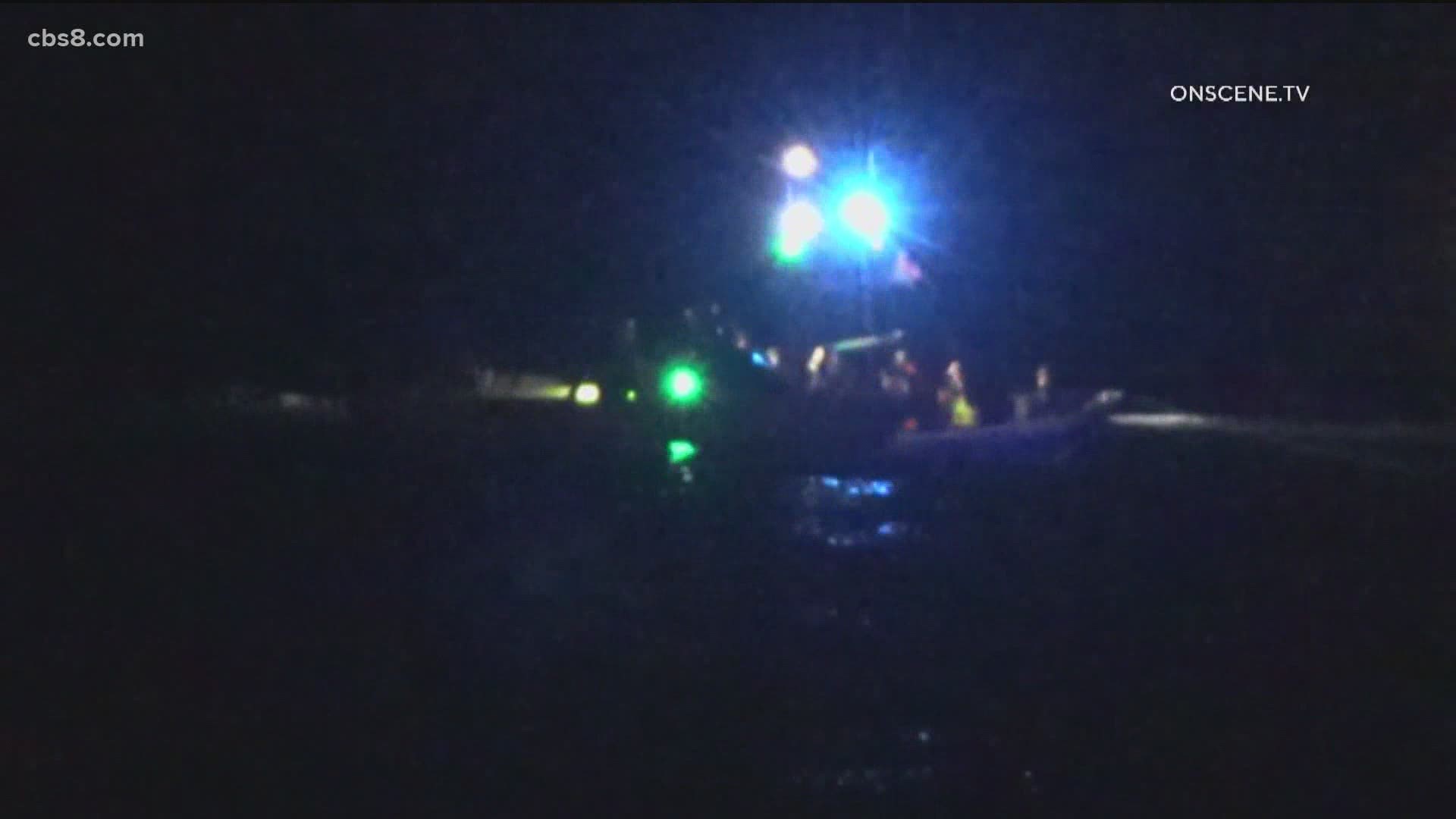 A USCG cutter deployed a small boat that made contact with the vessel west of Sunset Cliffs. The panga operator ignored commands from USCG to stop, according to information released Monday morning by the U.S. Border Patrol. Then, as the vessel got closer to shore, it became stuck in the surf line.

Harbor police, border patrol and lifeguards worked to rescue 23 people, 20 men and three women, and report they are all safe.

USCG towed the vessel to the San Diego Lifeguard Headquarters where Border Patrol agents questioned the subjects and determined they were all illegally in the U.S. The 23 migrants have been transferred to USBP custody for processing. CBP Air and Marine Operations seized the panga and the investigation is ongoing.

Watch: Suspected smuggling boat capsizes off San Diego killing at least 3 of the 30+ on board