Parents frustrated over the lack of guidance for reopening playgrounds

San Diego’s Parks & Rec division says, “Currently, there is no timeline to open the City playgrounds at this time and there is no target date.” 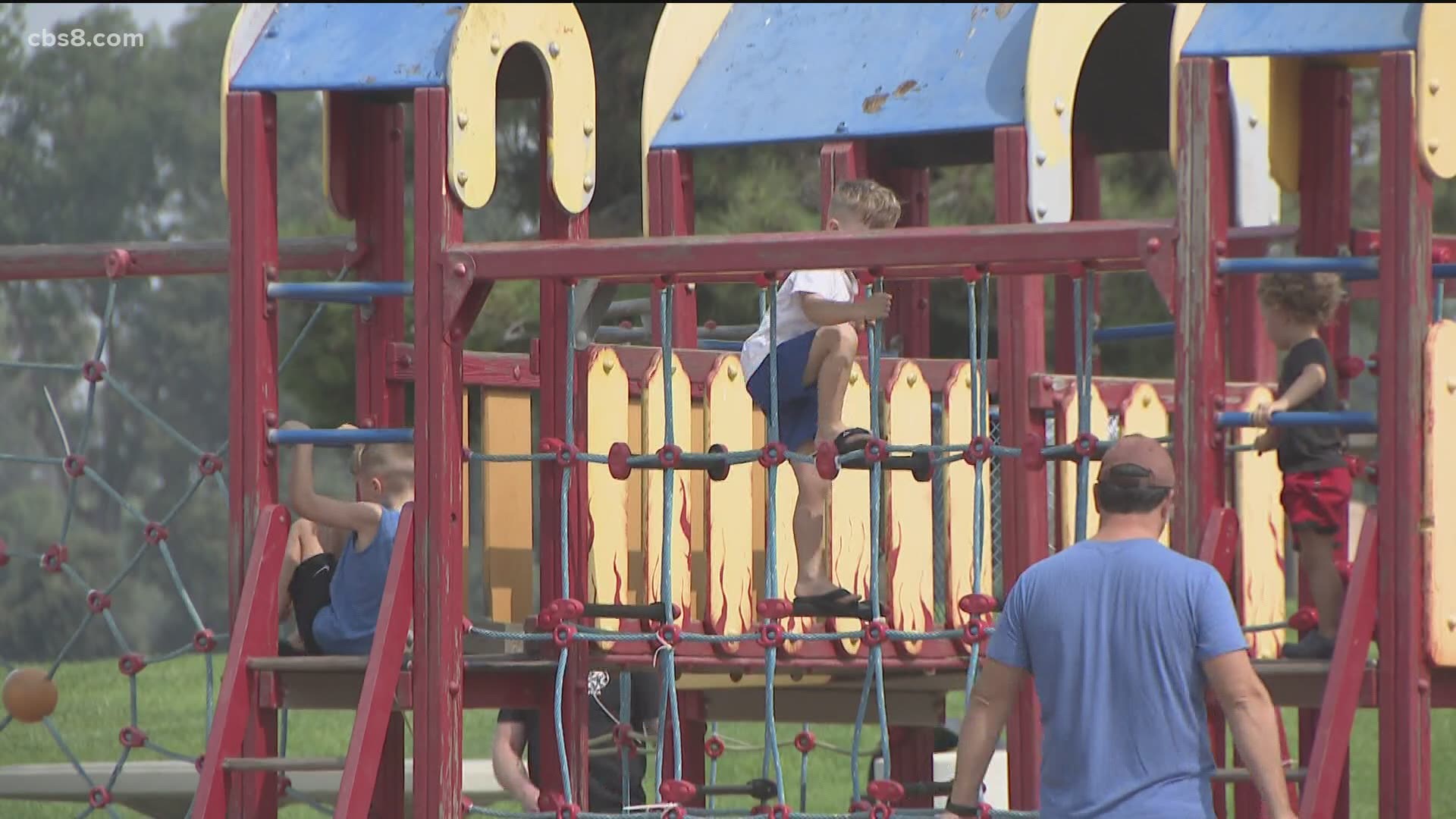 SAN DIEGO — While the City of San Diego is slowly opening things up for the public, playgrounds remain closed and that’s drawing the ire of parents and kids alike.

For months, swings and slides at a Mission Bay playground have been surrounded by orange fences and signs warning parents that the playground is closed. But in other parts of the playground, the parts with no orange fences, parents let their kids roam free on the equipment.

Parent Ross Fulton told News 8, “it just doesn’t make sense for what we know about coronavirus, there’s no reason that a playground compared to other activities to going to the beach or places where you see gatherings of people.”

He went on to say, “obviously we want to stop the spread. There doesn’t seem to be a reason that playgrounds should be closed but other outdoor activities are open.”

News 8 has received several emails from parents wanting to know why the city has chosen to open parks, beaches and some indoor activities with limited capacity, but have kept playgrounds off-limits.

News 8 reached out to the City’s Parks and Recreation department with that very question. They responded with this statement, “Currently, there is no timeline to open the City playgrounds at this time and there is no target date.”

Though that statement might seem frustrating to some parents, the City of San Diego takes its reopening cues from the state level. As counties get their coronavirus numbers under control, the state allows them to open up with fewer restrictions. However, the state’s most recent COVID guidance document makes little mention of playgrounds. They are actually being lumped in with pavilions and other places where groups can gather, but those are open in San Diego, while playgrounds remain closed.

However, this week Assemblywoman Lorena Gonzalez said she has asked Governor Gavin Newsom to prepare guidance for reopening playgrounds. She went on to say, “These are safer than many things that have re-opened and seem to be forgotten about. Let the kids play!”

I have asked the Governor if we can please have guidance to re-open outdoor playgrounds. These are safer than many things that have re-opened and seem to be forgotten about. Let the kids play! https://t.co/Y096j7UMMb pic.twitter.com/ugTn0IP1IL