The Associated Press has identified 27-year-old Austin William Lanz as the suspect, citing multiple law enforcement officials as their source. 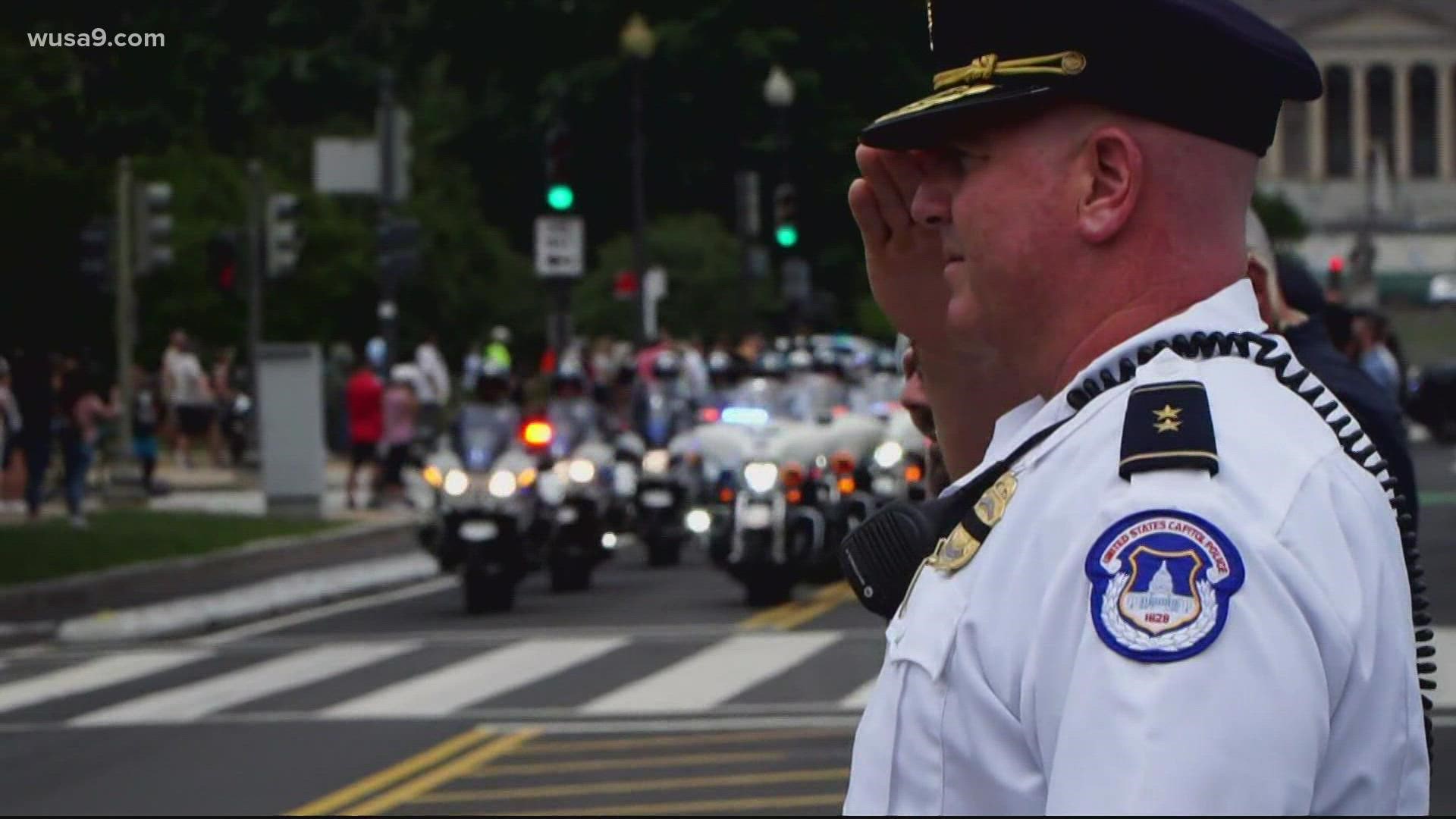 ARLINGTON, Va. — One officer has died after being stabbed near the Pentagon Metro station Tuesday morning, according to law enforcement officials, and a suspect in the officer's death was shot by law enforcement and died at the scene.

The Pentagon was on lockdown for more than an hour after multiple gunshots were fired near a platform by the facility’s Metro bus station. Pentagon Chief of Police Woodrow Kusse said at 10:37 a.m., a Pentagon officer, identified as Officer George Gonzalez, was attacked on the bus platform and gunfire was exchanged. Kusse initially said the incident "resulted in several casualties" but then referred to all parties as "injured" and declined to comment on their condition, citing "an ongoing investigation."

According to law enforcement who have spoken to CBS News, investigators believe a suspect stabbed a Pentagon officer, resulting in a struggle over the officer's gun, which goes off and the suspect is fatally shot.

The Associated Press has identified 27-year-old Austin William Lanz as the suspect, citing multiple law enforcement officials as their source. The circumstances and motive remain unclear.

At 5:45 p.m., the Pentagon Force Protection Agency tweeted confirmation that one of their officers was killed during the incident.

Secretary of Defense Lloyd Austin III also released a statement and said flags would be flown at half-mast to honor the fallen officer.

"This fallen officer died in the line of duty, helping protect the tens of thousands of people who work in -- and who visit -- the Pentagon on a daily basis," Austin said in a statement. "He and his fellow officers are members of the Pentagon family, and known to us all as professional, skilled and brave. This tragic death today is a stark reminder of the dangers they face and the sacrifices they make."

@PFPAOfficial mourns the tragic loss of a Pentagon Police Officer killed during this morning’s incident at the Pentagon. Our thoughts and prayers are with the Officer’s family. Additional info on the officer will be forthcoming, following full next of kin notification.

The lockdown at the Pentagon was lifted around noon. Kusse said police are not currently searching for any additional suspects and reiterated that the Pentagon is safe and secure.

Arlington Fire Department said their crews encountered "multiple patients" but the extent of the patients' injuries is unknown at this time.

Metro rail and bus service at the Pentagon station is suspended for the rest of the day, according to a WMATA statement, which encouraged riders to head to Pentagon City as an alternative.

"Yellow/Blue Line trains temporarily bypassing Pentagon due to a police investigation outside the station at Pentagon," Metrorail Info tweeted. "Trains will go through the station but won't stop at Pentagon."

>> Bus bay outside the Pentagon is still sealed off by crime scene tape. Officers are combing the area around the Metro bus & transit station, where the Pentagon officer was fatally stabbed, per AP reporting @WUSA9 pic.twitter.com/7J2YzwAJyI

WUSA9's Jess Arnold was at George Washington Hospital where a casket with an American flag was taken out of the hospital surrounded by heavy police presence. Officers in a police motorcade stationed outside of the Emergency Room entrance were seen saluting as the casket entered a van and began a procession down 23rd Street. Police blocked off a portion of 23rd Street from Washington Circle Park.

Moments ago, we saw police saluting a casket draped in a flag (look in the upper left corner of the video) being carried out of the hospital before a motorcade processed down 23rd street. @wusa9 pic.twitter.com/DqqUAjf5Wa

Credit: AP
Rescue vehicles are seen outside the Pentagon Metro area, Tuesday, August 3, 2021 at the Pentagon in Washington. The Pentagon is on lockdown after multiple gunshots were fired near a platform by the facility's Metro station. Two people familiar with the shooting, which occurred on a Metro bus platform at the Pentagon, said at least one person was down. They spoke on condition of anonymity because they were not authorized to release information publicly. (AP Photo/Andrew Harnik)

The incident caused major disruption for Metro riders, as service was halted and trains were diverted around the Pentagon station. Zahiva Samat said she was deboarded on her way to work at GW Hospital.

“All of a sudden, they bring us here and they say this is the last stop -- everybody out," Samat said. "It’s scary and very unfortunate in this day and time. But we live in the D.C. area so we have to be prepared.”

WUSA9's Evan Koslof spoke to a priest who was on his way to deliver mass at 11:30 a.m. at the pentagon before he and dozens of passengers were diverted out of the station following the lockdown. 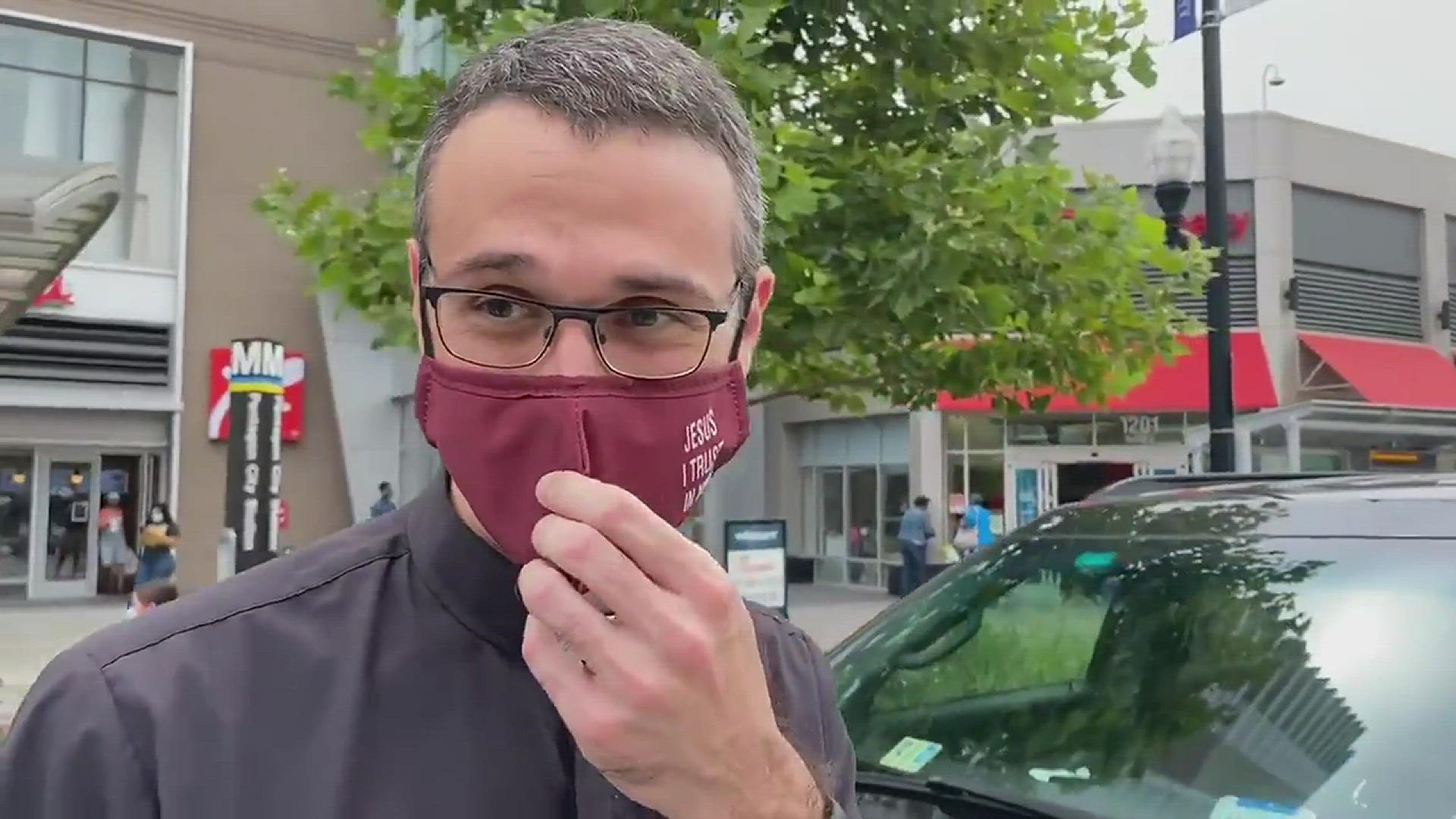 The FBI told WUSA9 that its Washington Field Office’s National Capital Response Squad also responded to the shooting at the Pentagon Transit Center. Kusse said the FBI is now leading the investigation.

A spokesperson from the FBI Washington Field Office released a brief statement Tuesday:

"The FBI is investigating the incident that occurred at the Pentagon Transit Center around 10:30 am on August 3, 2021. At this time, it would be premature to speculate on motive, and in order to protect the integrity of the investigation we cannot provide additional details at this time. There is no ongoing threat to the public."

Credit: AP
Rescue vehicles are seen outside the Pentagon Metro area, Tuesday, August 3, 2021 at the Pentagon in Washington. The Pentagon is on lockdown after multiple gunshots were fired near a platform by the facility's Metro station. Two people familiar with the shooting, which occurred on a Metro bus platform at the Pentagon, said at least one person was down. They spoke on condition of anonymity because they were not authorized to release information publicly. (AP Photo/Andrew Harnik)

The area around the Pentagon is being heavily guarded. @wusa9 pic.twitter.com/DzVlFc4Ub9