The much-anticipated report on unidentified aerial phenomena, largely focused on sightings that were witnessed firsthand by Navy personnel and military aviators. 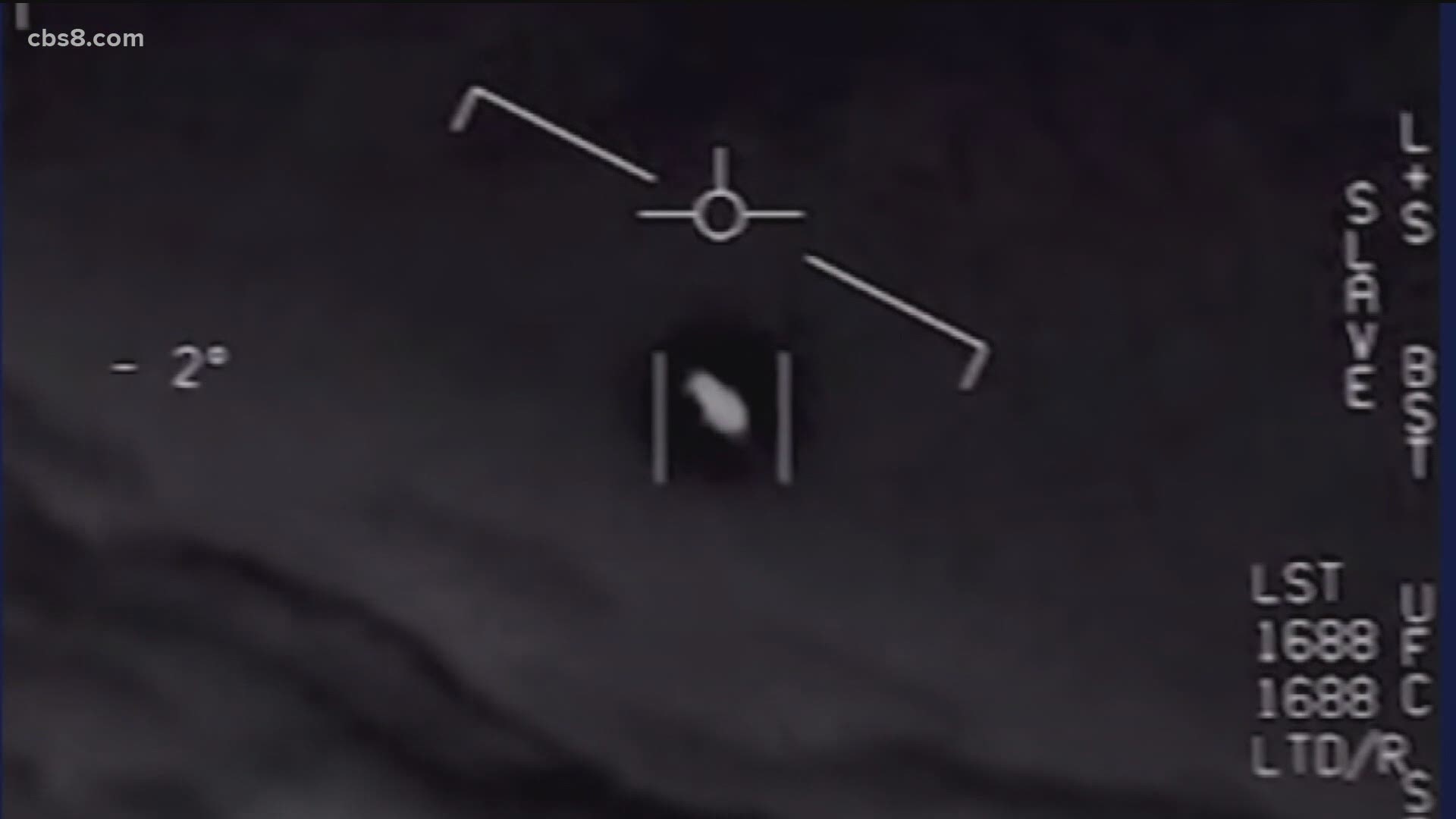 SAN DIEGO — The long-awaited Pentagon report on UFOs has been delivered to Congress by the "Unidentified Aerial Phenomena Task Force," or UAPTF, within the Department of Defense. The report provides an assessment of over 140 cases of UFO sightings between 2004 and 2021, a number of which involved Navy personnel off the San Diego coast.

"The U.S. government is saying UFOs are real, and they're worthy of scientific study," said investigative filmmaker Jeremy Corbell.

The much-anticipated report on UAPs, or unidentified aerial phenomena, largely focused on sightings that were witnessed firsthand by Navy personnel and military aviators over the past 17 years.

Retired Navy pilot Alex Dietrich described an incident from 2004 off the San Diego coast. She and pilot David Fravor had just taken off in an F-18 Super Hornet fighter jet from the deck of the U.S.S. Nimitz when they encountered a mysterious object.

"It was maneuvering, accelerating, and also hovering," said Dietrich.  "It seemed to have capabilities that our systems would not have been able to display or keep up with."

The report states that "some UAP appeared to remain stationary in winds aloft, move against the wind, maneuver abruptly, or move at considerable speed, without discernable means of propulsion."

"These vehicles are traveling and maneuvering in ways that are at least a thousand years beyond our next-generation technology," said Corbell.

The Investigative filmmaker obtained and released videos and radar images taken by Navy personnel in July 2019 off the San Diego coast.

"These are game-changing technologies with propulsion systems that appear to be gravitational in nature," said Corbell.

Of the 140 incidents analyzed, the task force only gave a definitive explanation for one of them, which they found to be a large, deflating balloon. The others remain unexplained.