Camp Widow connects people from all the world in hopes of helping them through the grieving process. 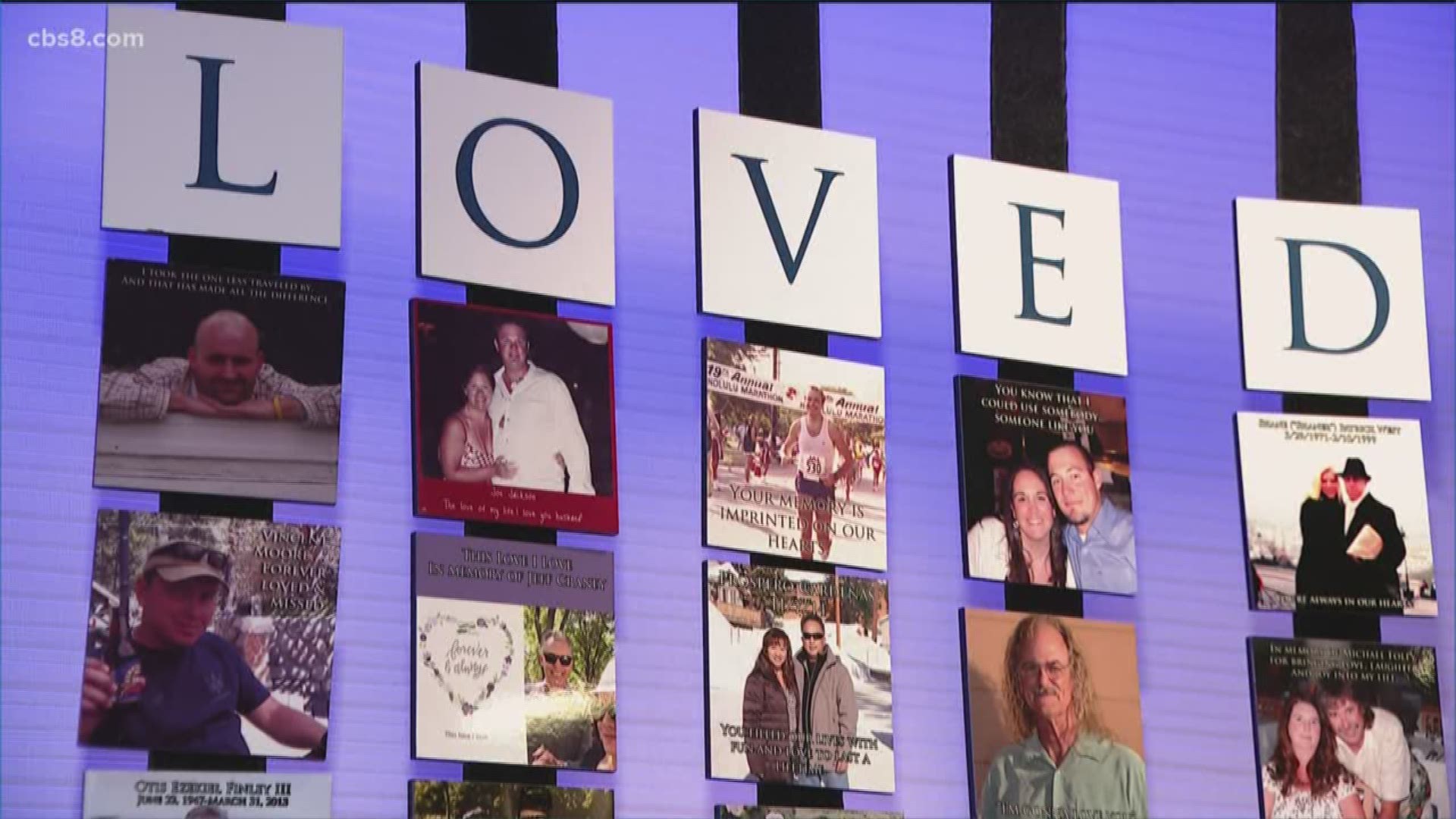 SAN DIEGO — A unique camp designed for widows and widowers is taking place this weekend at the Marriott Marquis in downtown San Diego.

Attendees come from different backgrounds with varying stories of loss, but every year, hundreds of widows and widowers from all over the world travel to San Diego to connect over their common feelings of grief.

Camp Widow connects people from all the world in hopes of helping them through the grieving process.

Julie Corrigan lost Frank, her husband of 20 years, to kidney cancer in 2011. He was just 60 years old, but both still had plans and goals.

When Frank passed away, Julie said she felt lost – not knowing what to do.

Online, Julie connected with others going through a similar situation. That is how she discovered Camp Widow – an annual gathering for people like her which includes group therapy sessions as well as social events.

The annual event is organized by the non-profit, Soaring Spirits International.

The founder is Michele Neff Hernandez, who came up with the idea after losing her husband Philip 13-years-ago.

"I was 35-years-old when my husband was hit from behind by a suburban while he was riding his bike. What I really wanted was to ask other widowed people how you do this?”

What started as a small community online has since grown to include monthly and annual meet-ups in both  the United States and Canada.

“We have helped over three million widowed people,” said Michele.

Many who attend Camp Widow find themselves coming back year after year.

Victor Buono’s wife, Grace, died from a brain tumor in 2015. He said being at the event has saved his life my making it more fulfilled.

“I come back because now I am helping people. Life is good and I have a group of people I can reach out to,” he said.

The hope, said Michele, is not to help people forget about their past life, but to show them the possibilities that lie ahead.

“You have to build something different and that means you get to keep what you had before,” she said.