Two patients from the plane were being evaluated as of Sunday. 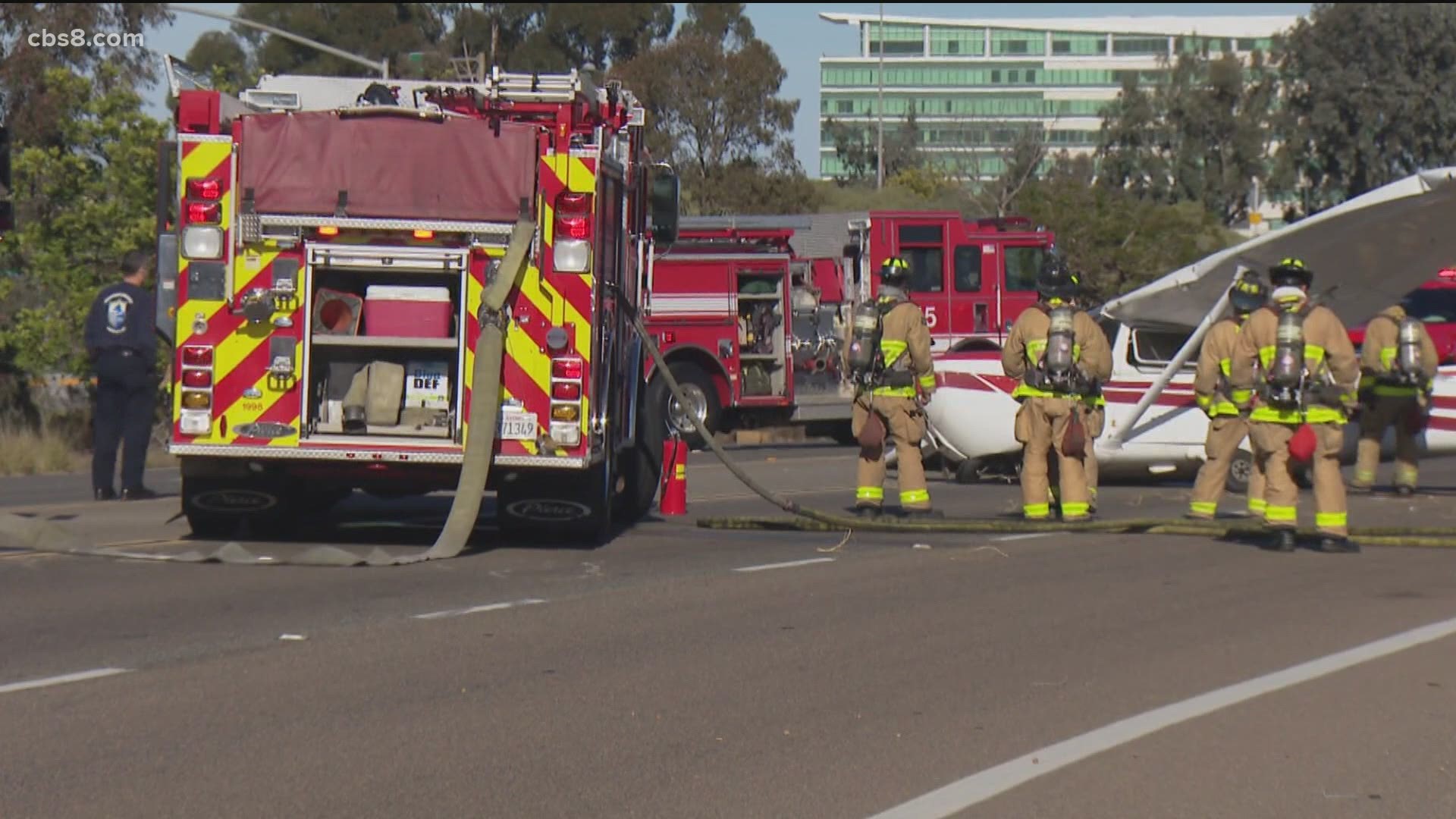 SAN DIEGO — A student pilot and a flight instructor were uninjured after a Cessna plane ran off the Montgomery-Gibbs Executive Airport runway Sunday and crashed through a fence, authorities said.

The incident happened at about 1:15 p.m. at the airport on 3750 John J. Montgomery Drive, according to the San Diego Fire and Rescue Department.

Montgomery Field and Kearny Villa Road were shut down. There were no reports of fire.

After the incident Montgomery Field diverted air traffic to Brown Field in Otay Ranch and Gillespie Field in El Cajon.

Several SDFD crews are at the scene of a Cessna that went off the runway at Montgomery Field. Two patients from the plane being evaluated. Montgomery Field & Kearny Villa Rd shut down. No fire. Plz avoid the area. pic.twitter.com/cwiAaFR41p