Coach Joel Allen said he reached the difficult decision to cancel the season due to the lack of players prepared to play against tough conference opponents. 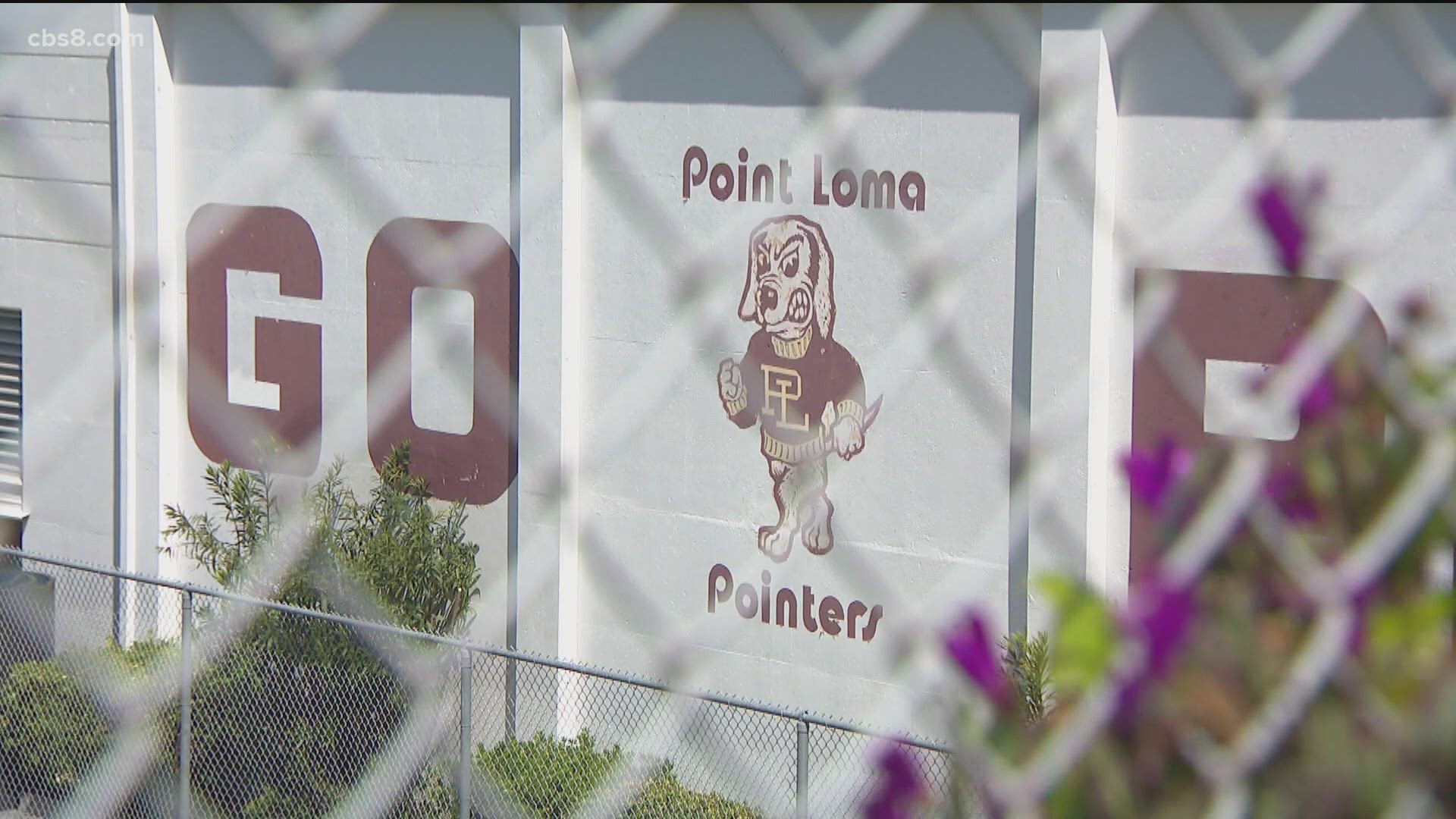 SAN DIEGO COUNTY, Calif. — After sitting out for more than a year, the Point Loma High School football team took the field against Lincoln High last Friday. What happened next, was a night to forget for the Pointers. A 64-0 defeat to a tough Hornets team.

“We went in there unprepared, and I’d say it was half our fault, half the coach’s fault,” said Joquin Quintanilla, a senior captain for the Point Loma Pointers Football team.

He said that after the lopsided defeat, he and his teammates were motivated to come back and work hard on Monday to prepare for their next game against Madison on Friday. That’s when Quintanilla and the rest of the seniors were invited to a meeting with the coaching staff.

“We walked in, sat down, and then they kind of told us that they were pulling the varsity team and it was like a safety concern,” he said. “I think that pulling the plug after just one game is so premature and it’s not the right thing to do at all.”

While Quintanilla might have played his last game for the Pointers, it was Head Coach Joel Allen’s first time calling the plays for Point Loma. He said he reached the difficult decision to cancel the season due to the lack of players prepared to play against tough conference opponents. The Pointers only had 22 players suit up for the game on Friday.

“If some young man gets hurt in a game and a parent looks at me and says something like ‘hey, did you think this was avoidable?’ That’s the conversation I don’t want to have," Allen said.

Though Coach Allen pulled the plug on the 2021 season to protect some of the underclassmen who would have to go up against physically stronger opponents, it leaves seniors like Quintanilla without a final year of high school football with his teammates and maybe beyond that.

“[My teammates] don’t have any opportunities for some of them. They needed this film to send out to colleges,” said Quintanilla. “I could have transferred years ago. I could have left. But that’s my home. I never wanted to stop wearing maroon and gold.”

Point Loma HS has canceled the remainder of the 2021 season. I speak to a player who had no idea it was coming. @CBS8 pic.twitter.com/O7qteF427Q

WATCH: Point Loma High seniors celebrated on the 21st of each month