The video has been circulating on social media and shows a 14-year-old being dragged by his backpack. 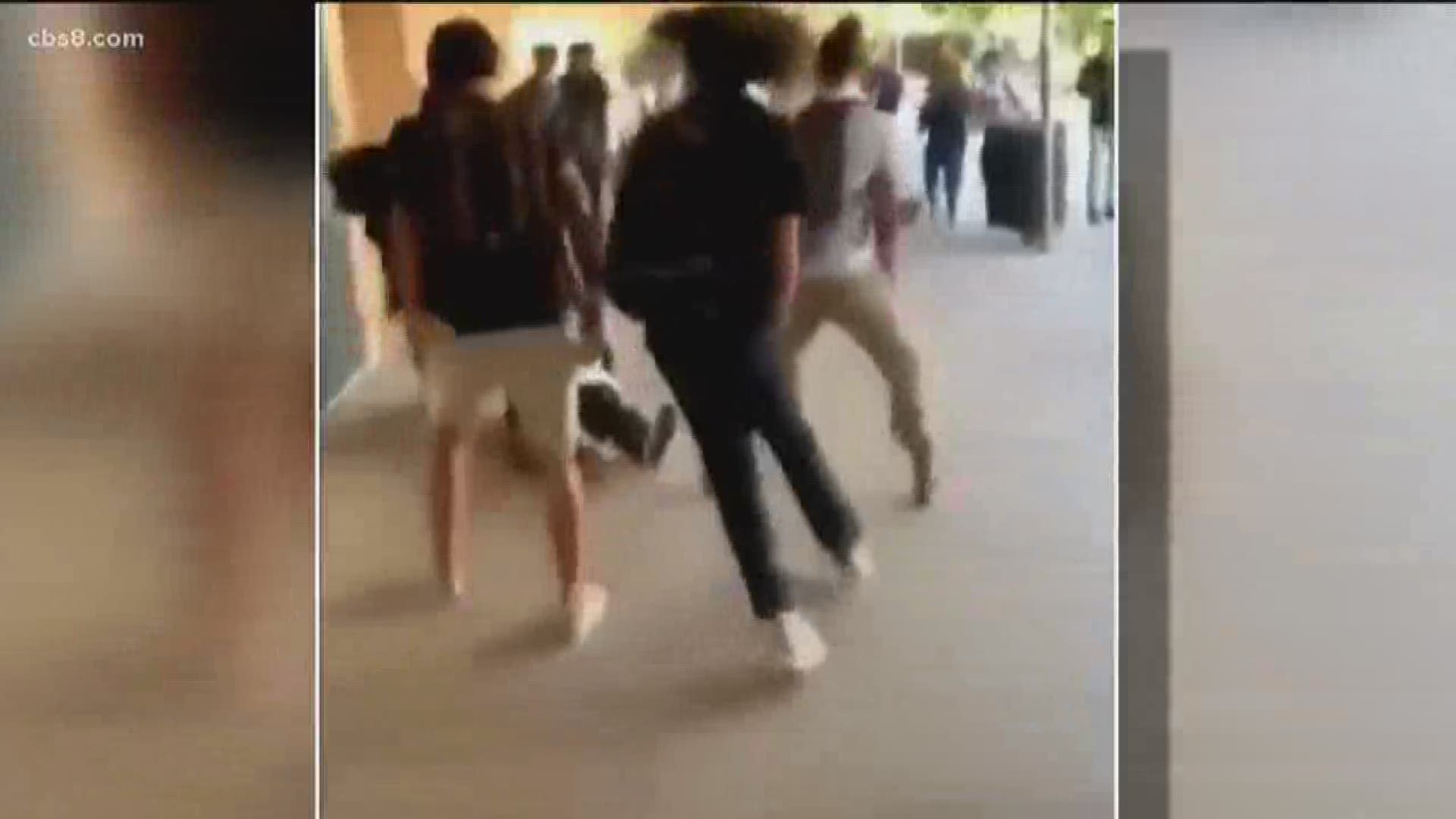 POWAY, Calif. — A family is hoping for answers after a fight at Poway High School last month.

A video of the fight has since circulated on social media.

Oakley says Daniel was suspended for the incident and later brought a two-inch pocket knife to school for protection. Daniel was arrested for that and suspended again - something Oakley admits was a mistake.

"He 'maned up' and did the right thing," said Oakley.

However, the father still believes that the other students haven't been held accountable for their role in the fight yet.

"I'd like to have them found guilty of assault and battery and suffer the consequences of their actions," said Oakley.

Now, Oakley is offering a $500 reward for information concerning the Oct. 23 fight, like new video, according to an advertisement in the Poway News Chieftan.

"We are aware of the video, which does not depict the entirety of what happened. The incidents that occurred leading up to, during, and following what is depicted in this video were fully investigated and the appropriate disciplinary measures were taken with all involved. We are obviously disappointed with the student behavior exhibited and do not condone fighting of any kind, which goes against our student code of conduct."