Eva Drive in Poway was renamed on Poway to Lori Lynn Lane. 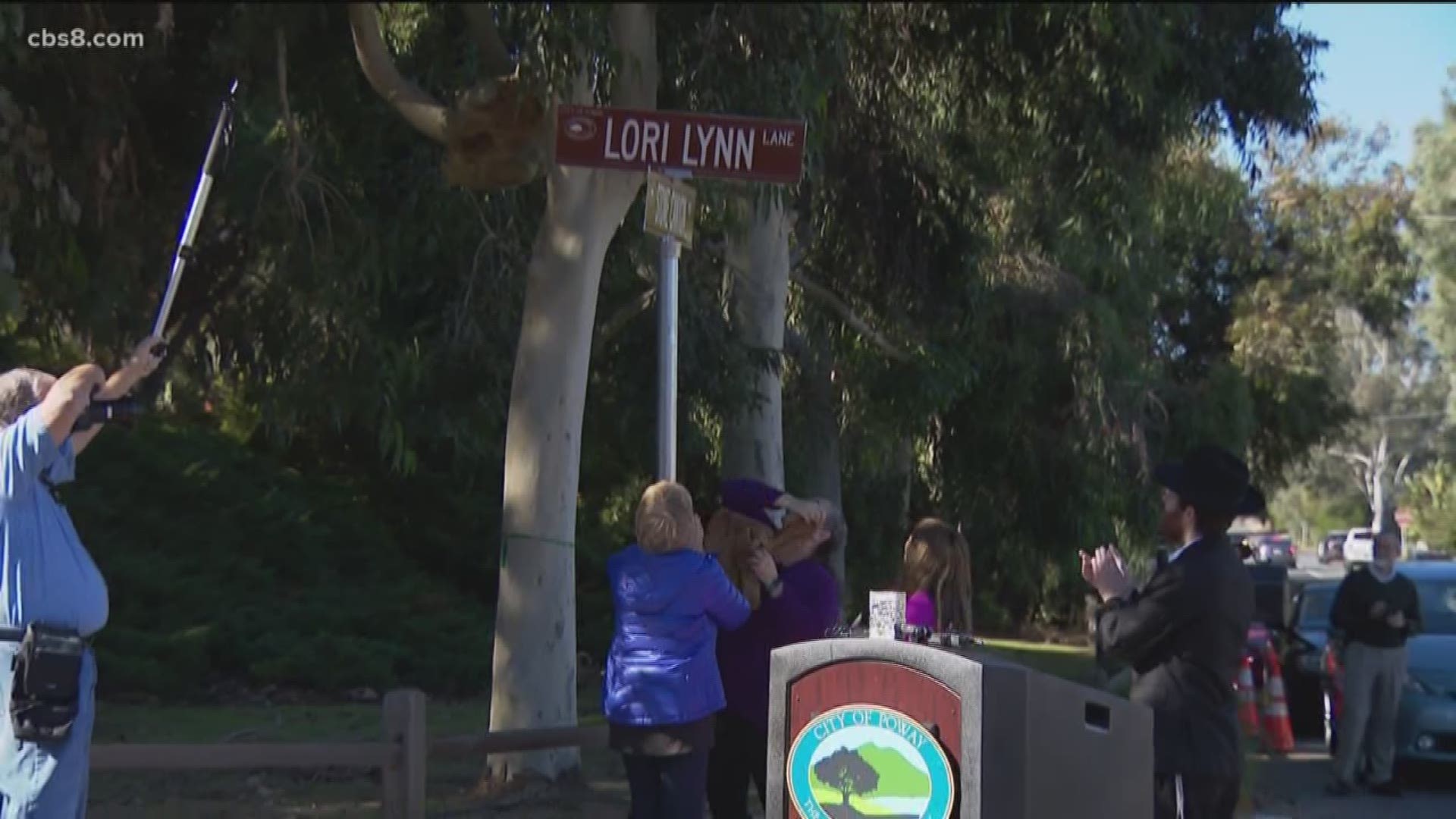 POWAY, Calif. — The city of Poway unveiled a renamed street in Green Valley today in honor of Lori Lynn Gilbert Kaye, who was killed in April during a shooting at the Chabad of Poway synagogue.

The Poway City Council unanimously voted last month to rename the street from Eva Drive to Lori Lynn Lane. Kaye lived at the street's intersection with Stone Canyon Drive. According to Poway Mayor Steve Vaus, the city hasn't renamed a street since at least the 1980s.

"Lori Kaye was a special person," Vaus said when the council approved the name change during its Nov. 5 meeting. "When we were approached by the Chabad of Poway, asking if we could change the name of a street to honor Lori, we couldn't say yes quickly enough."

Kaye, 60, was the only person killed during the shooting, which occurred on the last day of the Jewish holiday of Passover. Three others were injured during the attack, including Chabad of Poway Rabbi Yisroel Goldstein, who lost his right index finger as a result.

John Earnest, the 20-year-old nursing student accused of committing the attack, is currently scheduled to go to trial in June. He faces charges including murder, attempted murder, arson and hate crime allegations for both the shooting and an Escondido mosque burning in March.