Residents of Poway who wanted to help their neighbors launched a GoFundMe campaign but more donations are needed to give everyone affected the $100 gift. 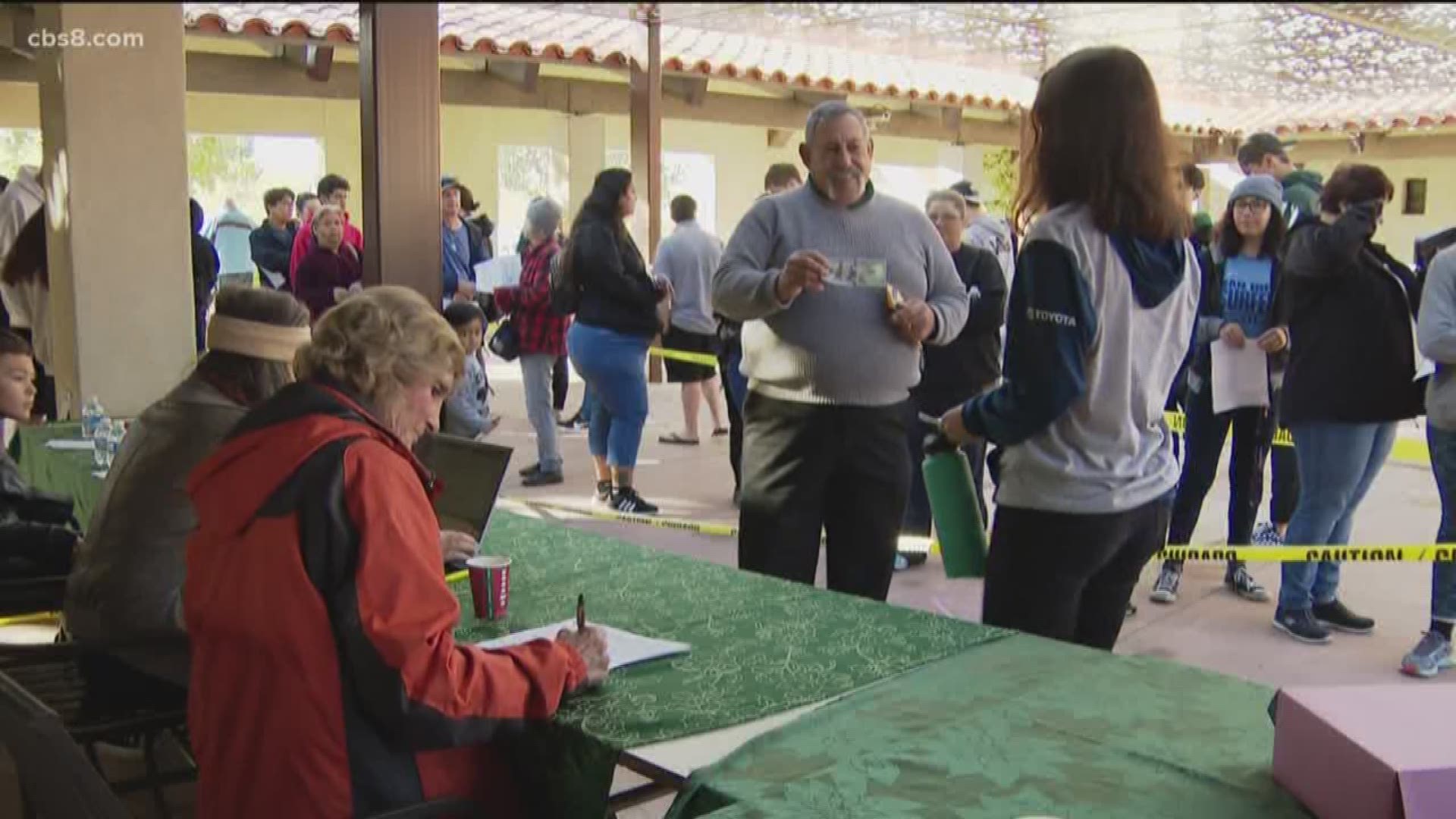 POWAY, Calif. — Following a week-long precautionary boil water advisory in the city of Poway, businesses and employees continue to feel the effects of the loss of work. Because of the struggles, residents of Poway who wanted to help their neighbors launched a GoFundMe campaign aimed at giving $100 to each restaurant worker to help them make ends meet during the holiday season.

On Sunday, those that started the campaign gave out the first of the donations and were met with expressions of gratitude.

“I just lost it and started crying,” said Caitlan Freitas who works at Subway. “It was really cool that everyone in Poway helped out with this.”

A rainstorm during Thanksgiving week compromised Poway’s water system forcing the week-long boil water advisory. More than 100 restaurants were forced to close and nearly 1,000 workers were left without a way to make money.

“Without work for six days, [it] kind of takes a toll on you,” said Daniel Castillo with Pacific Pizza.

Many of the cooks, servers, and dishwashers earn minimum wage and with the holidays approaching, the lack of money has been worrisome to many.

Briseno said with the extra cash he received Sunday he’ll be able to buy a nice Christmas dinner and said it is a gift he will always remember.

“I’d like to thank the community for coming together and making this possible and I wish everyone a Merry Christmas,” he said.

Fundraiser organizers said they are hoping more donors will step forward to help more of the employees.

"We are getting desperate," said Phil Factor, a retired teacher, counselor and football coach from the Poway Unified School District who led the effort to raise funds.

Factor said he plans to give out more cash next week and will continue accepting donations through Dec. 30.

Organizers of the fundraiser said that in order to collect a donation, workers must prove they work in one of the more than 200 restaurants identified as affected by the water contamination, by showing a pay stub or a letter from their employer confirming their employment.