Utilities cutting off power to customers across California

The utility said cutting power increases public safety during red flag events, but not everyone agrees. 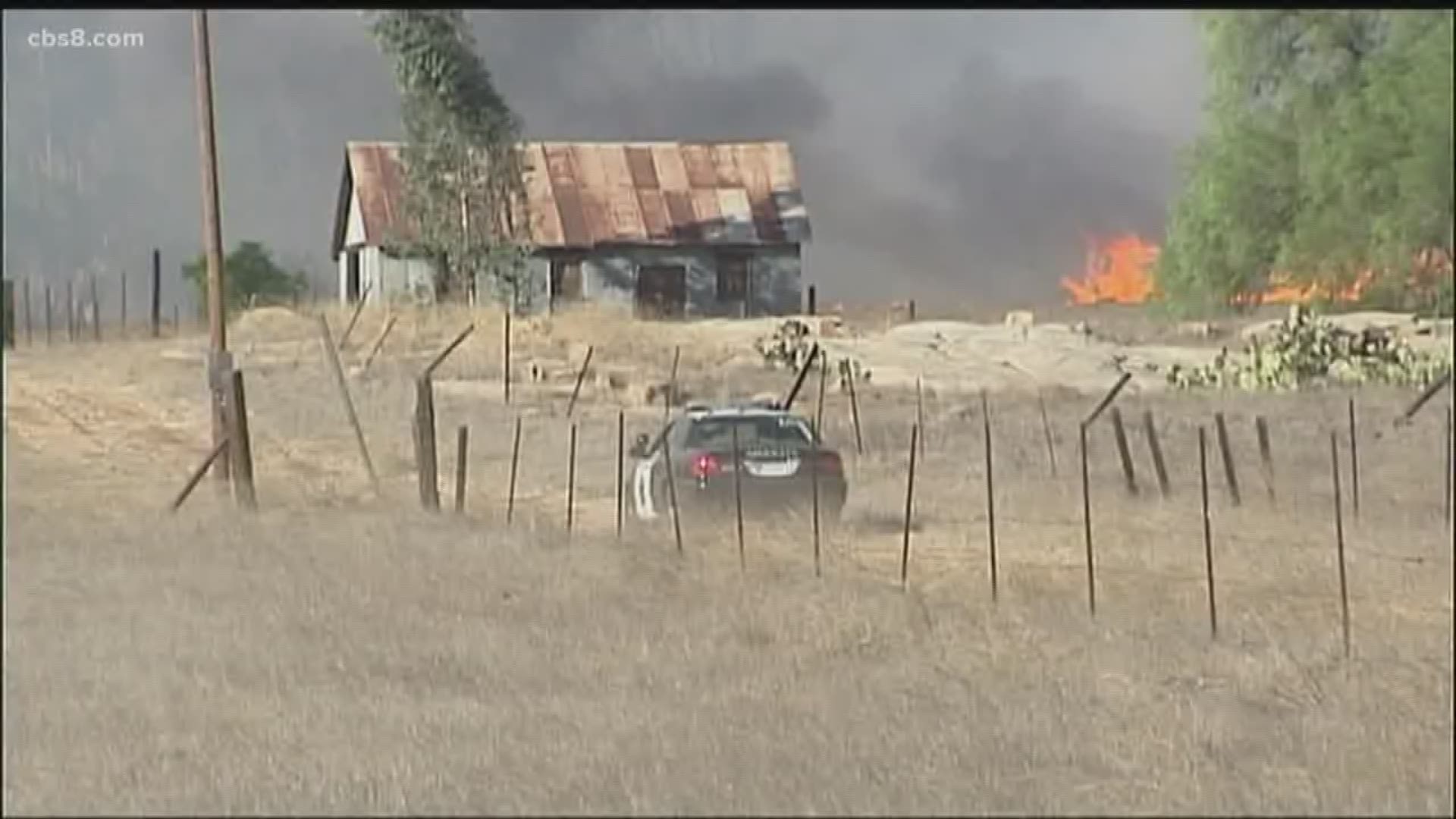 SAN DIEGO — The war of words has started over SDG&E’s decision to shut off power in the backcountry.  The utility said cutting power increases public safety during red flag event,s but not everyone agrees.

“The public safety risks are greater shutting off the power than leaving the power on,” said San Diego County Supervisor Dianne Jacob, who represents District Two covering much of the East County.

Shutting off power during red flag events is fast becoming the policy of choice for power companies all over California.

Still, Jacob said having no power frequently leads to no water supply.

“Two-thirds of the eastern part of our county is groundwater-dependent on well water, which takes electricity," said Jacob. "If you cut off electricity, you cut off the ability to fight the fires, and also for people to protect their homes and their structures."

Over the past few days, Pacific Gas and Electric has cut power to hundreds of thousands of people in Northern California. The power companies use a public safety argument to support the policy.

“We understand it's an inconvenience for our customers and we regret that, however, we do not want to start additional wildfires,” said Mark Mesesan, a spokesperson with PG&E.
Others believe shutting off power could actually kill people.

“The danger of wildfire is serious," said Matt Gochman of Oakland, California. "On the other hand, turning off the power is probably going to kill some people [like] I mean, elderly people and people with medical conditions.  They need to fix their infrastructure, that's for sure."

“They're shutting off power in areas that have underground lines. Underground lines, come on!” said Supervisor Jacob. She said SDG&E should spend more money on upgrades and less on legal battles.

“They say that they're making great progress, and we've got until 2027 until they finish the job?" said Jacob. "The fire was [in] 2007.  They knew they started those three fires.  They're responsible, but no, they've been fighting against paying the bill."

SDG&E said it has spent a billion and a half dollars upgrading its system in recent years, including installing weather cameras and wind stations.

The utility now estimates it could cut power to 18,000 customers during this red flag event.  That’s down from an initial estimate of 30,000 customers.

RELATED: Where to fuel up your car during a power outage