"You know we say we have a 1 in 20 chance that an earthquake will be followed by something bigger. This is that 1 in 20 time," said seismologist Dr. Lucy Jones. 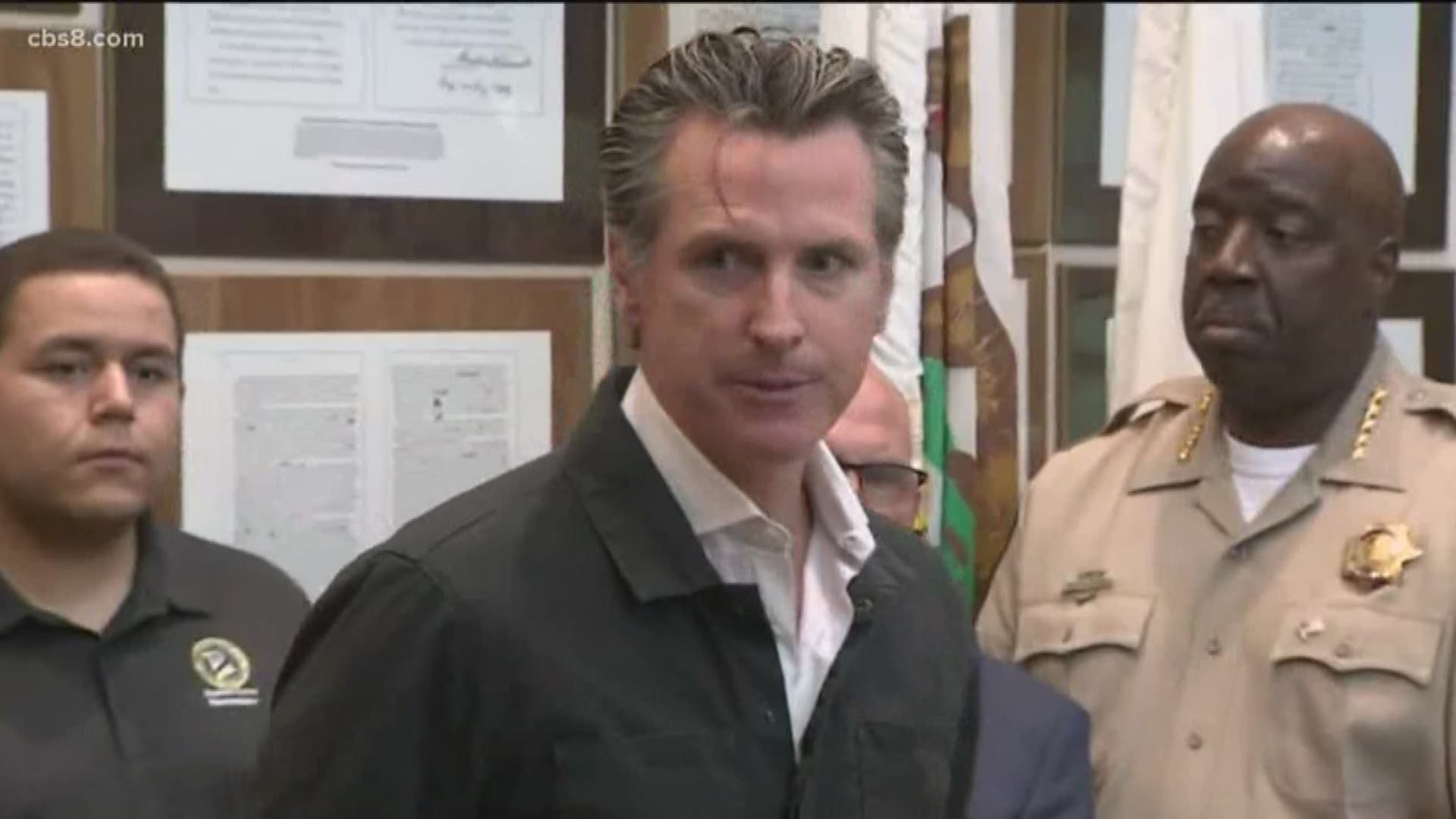 SAN DIEGO — A powerful 7.1 magnitude earthquake jolted California Friday night at 8:19 p.m., and was centered 11 miles from Ridgecrest, where a magnitude 6.4 quake struck on Thursday, according to the U.S. Geological Survey.

The largest Southern California quake in nearly 20 years jolted an area stretching from Sacramento to Las Vegas to Mexico as it cracked buildings, set fires, wrecked roads but only caused minor injuries.

Ridgecrest, already trying to recover from Thursday's earthquake, took the brunt of the damage. Several thousand people there were without power immediately after the quake, and there were reports of cracked buildings. As of Saturday morning, power has been restored to all residents except for approximately 50 homes.

Ridgecrest Police Chief Jed McLaughlin said two building fires — one involving a mobile home — were quickly doused. There were several reports of natural gas leaks, but the lines were shut off. Mark Ghilarducci, director of the California Office of Emergency Services, said daybreak Saturday could show even more serious damage.

Local fire and police officials said they were initially swamped by calls for medical and ambulance service. But the police chief said there was "nothing but minor injuries such as cuts and bruises, by the grace of God."

The county opened an emergency shelter. Meanwhile, a rockslide temporarily closed State Route 178 in Kern River Canyon, where photos from witnesses also showed that a stretch of roadway had sunk. As of Saturday morning, Route 178 was back open but authorities were asking the public to avoid the area.

Ridgecrest police Chief Jed McLaughlin told residents to "prepare yourself for the next week to two weeks, this isn't going to stop in the near future."

RELATED: Fourth of July earthquake did not relieve seismic stress in San Diego

Lucy Jones, a seismologist at the California Institute of Technology and a former science adviser at the Geological Survey, tweeted that Thursday's earthquake was a "foreshock" and that Friday's quake was on the same fault system as the earlier quake.

"You know we say we have a 1 in 20 chance that an earthquake will be followed by something bigger. This is that 1 in 20 time," she tweeted.

"The state is coordinating mutual aid to local first responders," he said.

The powerful quake rattled Dodger Stadium in the fourth inning of the team's game against the San Diego Padres. The quake happened when Dodgers second baseman Enriquè Hernàndez was batting. It didn't appear to affect him or Padres pitcher Eric Lauer.

RELATED: Strongest earthquake in decades a reminder that California is "way overdue" for the "big one," expert says

Friday's 7.1 earthquake is now the biggest earthquake to hit California in 20 years.

Social media users reported feeling the powerful earthquake as far away as Arizona and Las Vegas.

Searles, California, the site of Thursday's earthquake is about 200 miles north of San Diego.