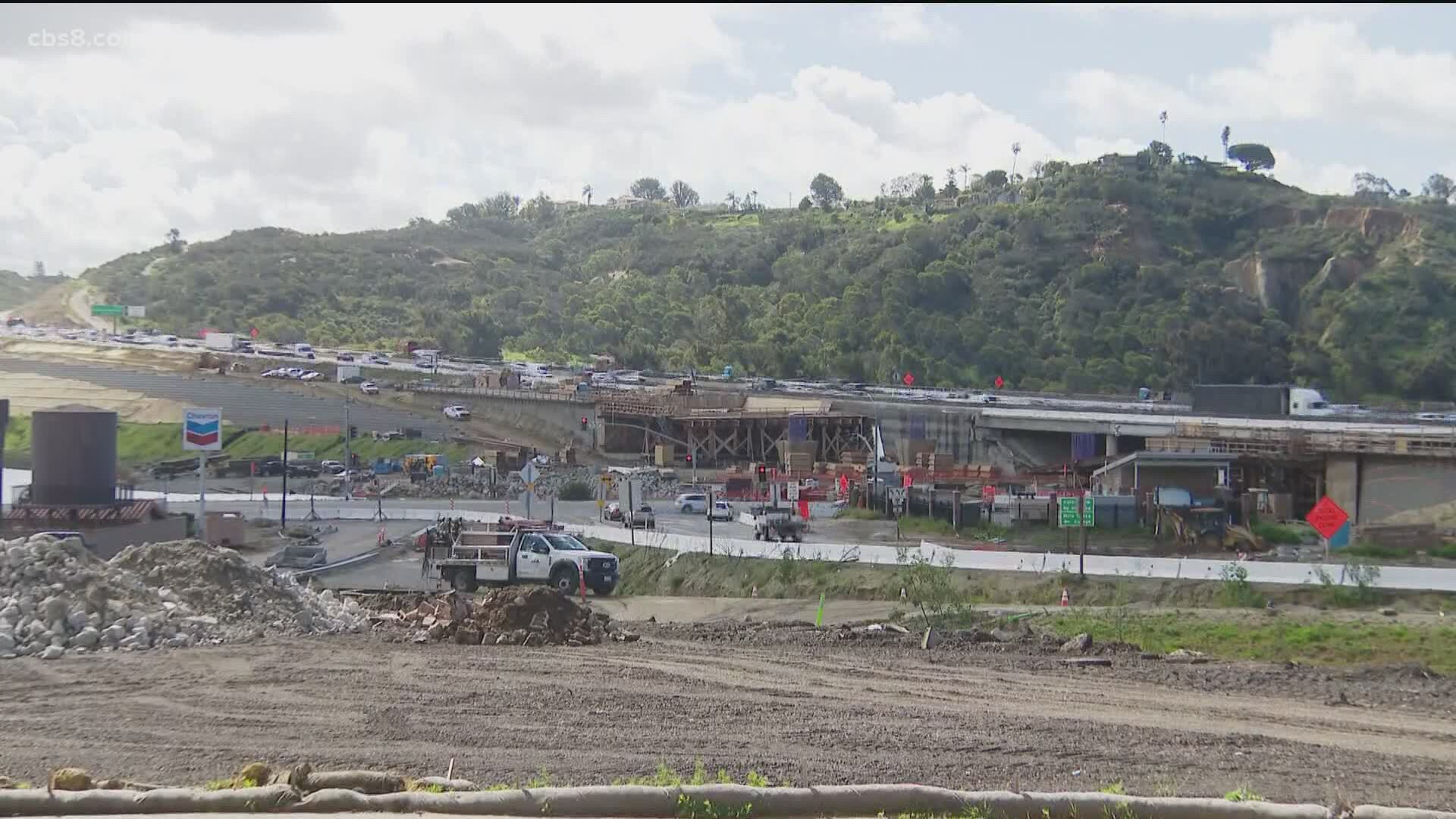 As Congress returns to Washington this week, President Joe Biden is making a renewed push to sell his $2.3 trillion infrastructure plan.

And while roads and bridges are a small part of this massive proposal, it also extends to housing, child care, technology and clean energy.

As part of rolling out this plan, the Biden administration graded each state in terms of its current infrastructure.

California received a "C-" and the report added that for decades, California has "suffered from a systemic lack of investment" in its infrastructure.

"We need to build the infrastructure of today, not repair the one of yesterday," President Biden said on Monday.

The massive $2.3 trillion spending plan would be funneled into a wide range of projects, from roads, bridges and water pipes to airports, broadband, and the nation's electrical grid.

"It is desperately needed," said Dr. Alan Gin, an economics professor at the University of San Diego.

Gin said that while car-dependent San Diego would clearly benefit from much-needed improvements to roads and bridges, this plan goes far beyond that.

"Sometimes you also have to invest in the human infrastructure," Gin added.

"San Diego has some of the most expensive living costs in the entire country," Gin told News 8. "We would definitely benefit in terms of spending on affordable housing."

These dollars would also fund research, including the development of clean energy technology.

"I think this will also help San Diego specifically in terms of institutions like UCSD and other universities locally, which would benefit from some of those dollars," he added.

Critics of the president's plan, though, say it is misleading American taxpayers.

"Less than 6% of this proposal goes to roads and bridges," said Senate Minority Leader Mitch McConnell. "It's not remotely targeted toward what Americans think they are getting when politicians campaign on infrastructure."

To fund this plan, President Biden has proposed increasing the corporate tax rate from 21 to 28%, although he says that is negotiable.

He also warned that the U.S. is continuing to fall behind on research, development and manufacturing.

"To put it bluntly: we have to step up our game," Biden said Monday.

To take a closer look at the breakdown of the state of California's infrastructure (as well as all other states nationwide), click here.