Since a San Diego woman shared her story, other complaints against Backyard Kitchen and Tap have been made public. 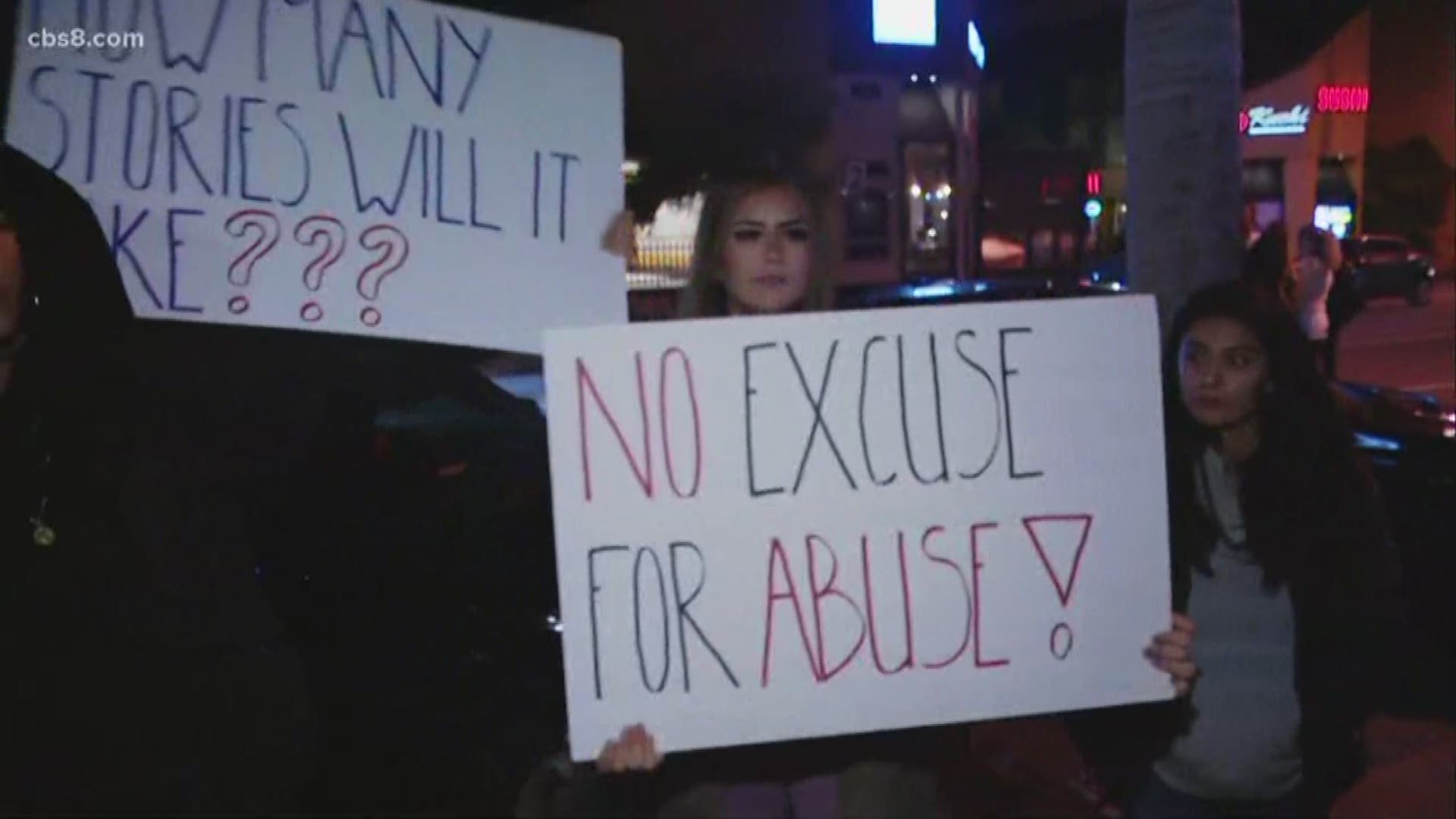 SAN DIEGO — Community members on Friday night came together to fight back against what they said is unnecessary violence involving Backyard Kitchen and Tap in Pacific Beach.

A San Diego woman came forward saying she was injured by a Backyard Kitchen and Tap bouncer early Sunday morning after she told a staff member not to push her friend. Natalie Lara posted photos of the incident on social media following her night out, which she described as traumatizing.

“It looked like a grown man was just beating me and piled on top of me,” she said.

Natalie claims her wounds were from being slammed into walls and onto the ground by bouncers.

“I hope my story motivates other people to speak out because there are so many incidents like this,” she said.

Since Natalie shared her story, other complaints against Backyard Kitchen and Tap have been made public.

Her attorney, Evan Walker, shared video of another incident at Backyard Kitchen and Tap that allegedly took place over the summer.

The sender of the video is unknown, but Walker said the girl got kicked out for “being too drunk." Allegedly, the woman was not exactly cooperative, but when she was waiting for her Uber outside, Backyard Kitchen and Tap bouncers approached her again and two of them held her down and a third one slammed her on the floor.

A Backyard Kitchen and Tap security guard can be seen in the video flipping off the camera.

In a statement to News 8, Backyard Kitchen and Tap said:

"We take any complaint of this nature seriously. Our investigation contradicts the allegations made by this individual."