"Justice has not been served," said Tony Abuka, Olango's brother. 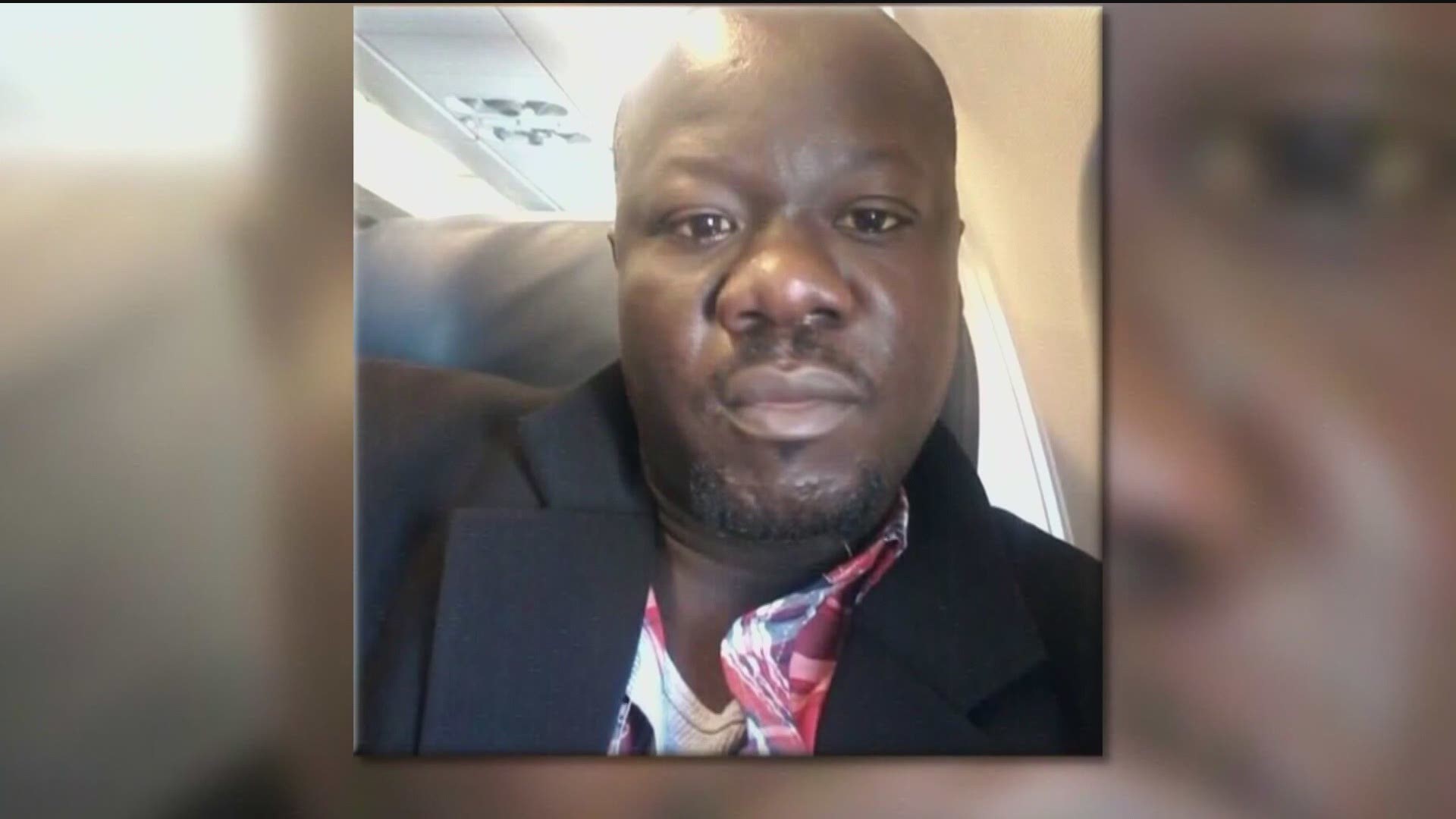 SAN DIEGO COUNTY, Calif. — The family of an El Cajon man who was shot and killed by police four years ago today marched in honor of him Sunday.

About 75 people, including Alfred Olango's family, marched through the streets of El Cajon to remember Olango and to continue to raise awareness about those killed by police officers.

First, they gathered in the parking lot of the fast food restaurant where he was shot in 2016.

"It was extremely painful," said Tony Abuka, Olango's brother. "My family has gone through a series of emotions. It's been a whirlwind since then."

Abuka says they reflected on what happened to his brother and the journey his family has been on since then. He says the march signifies taking a 'victory lap' in his honor, turning pain into power.

"Once you can turn the deepest and darkest points of your life and transition it and look at it from a different perspective, we learned that you can use that to elevate and overcome anything, any obstacle in your path," said Abuka.

Olango was 38 years old  when he was shot four times by El Cajon Officer Richard Gonsalves after Olango pulled out what turned out to be a vape smoking device out of his pocket.

In 2017, the district attorney's office ruled the shooting was justified.

Olango's family filed a civil lawsuit in the case, but a jury unanimously ruled that Gonsalves was not negligent in the shooting.

"Justice has not been served," said Abuka.

He tells News 8 he's been following the protests nationwide for Breonna Taylor and George Floyd.

"It's like re-living what happened to my brother," he said. "I feel the pain, I understand exactly what's going on."

"We stand with everyone going through this nationally," he added.

He says since his brother's death, he doesn't believe the relationship with El Cajon Police has improved at all. His family is still afraid to call 911.

Yet, he says there has been some progress county wide, with law enforcement banning techniques such as the carotid restraint.

"We have to start looking at each other as individuals," said Abuka.

He says his family will continue to seek justice in his brother's death.