The demonstration proceeded peacefully and was over around 8:20 p.m. when all attendees had left the area, LMPD reported. 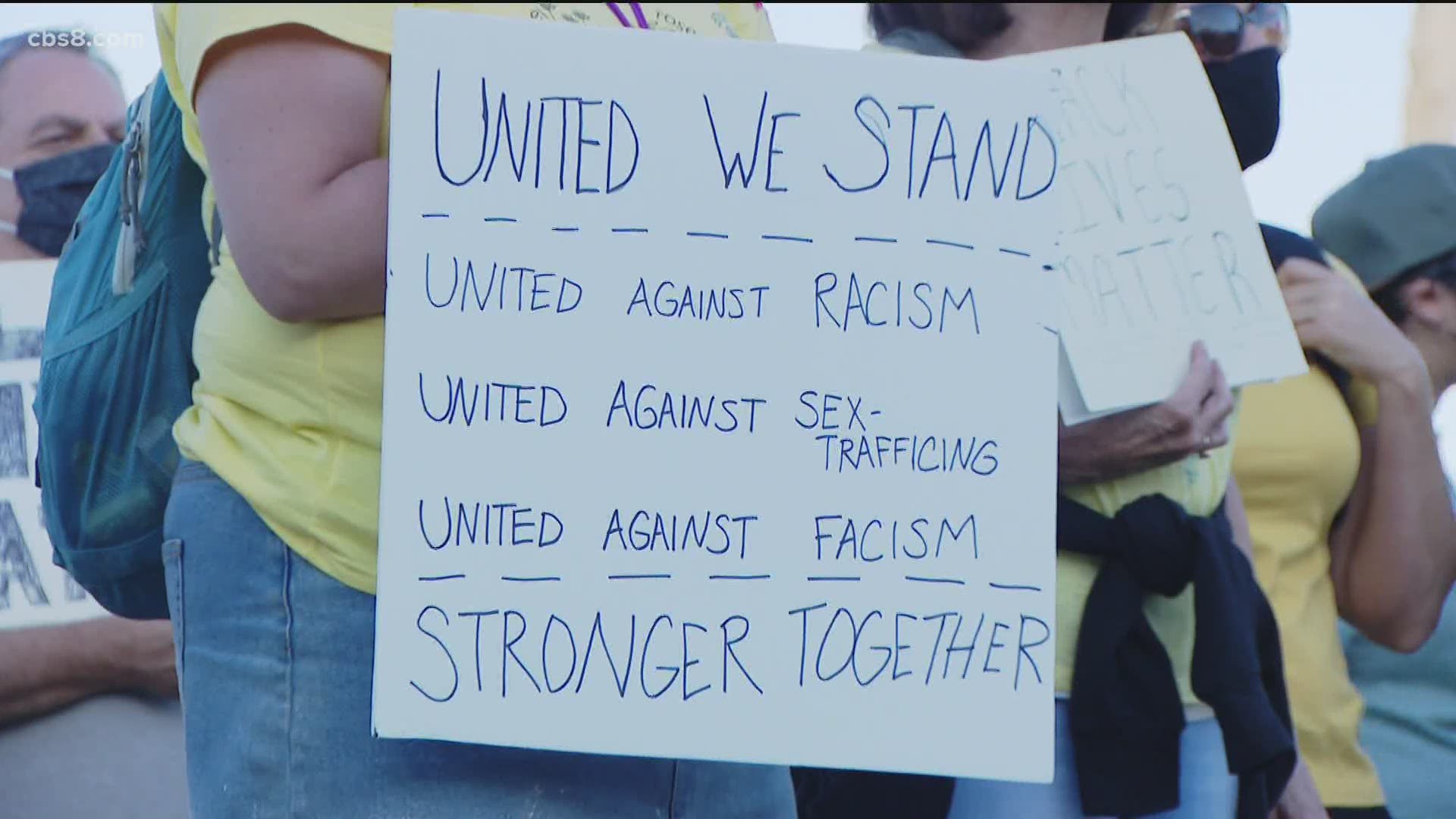 LA MESA, Calif. — A few dozen protesters gathered outside La Mesa Police Department headquarters Tuesday evening to take part in a demonstration against purported recent instances of the department's excessive force and racial discrimination. The group's numbers fluctuated from about 30 to 80 people.

Activists gathered to speak about the law enforcement culture in La Mesa which they say needs to change. The rally followed an announcement by the City of La Mesa last week that an officer involved in a controversial arrest in May was no longer with the La Mesa Police Department. No other details about Officer Matt Dages' dismissal were given.

Earlier on Tuesday, a group of community activists held a news conference to discuss their displeasure with what they say was a "vague statement" released by LMD last week regarding Dages no longer being employed by the city of La Mesa.

The statement from the La Mesa Police Department read:

Last month the man who was arrested in the May incident involving Dages - and later had all charges against him dropped - filed a lawsuit against the City of La Mesa and the arresting officer. Amaurie Johnson's arrest was widely publicized when video circulated on social media showing the confrontation between the 23-year-old Black man and the white officer with LMPD identified in court documents as Dages. Johnson's controversial arrest was followed by demonstrations in the City of La Mesa with protestors speaking out against police use of force on Black citizens.

Protesters Tuesday were calling for the department to be defunded and demanding accountability for incidents like the arrest of Johnson and the shooting of a protester Leslie Furcron with a beanbag projectile.

The protest event at the La Mesa Police Department appears to be over. About 20 attendees remain in the parking lot area. pic.twitter.com/cH6pAKexmq