Fighting began again last month with Turkey and Azerbaijan. There have been calls for a cease-fire from the United States, Russia, and France but to no avail. 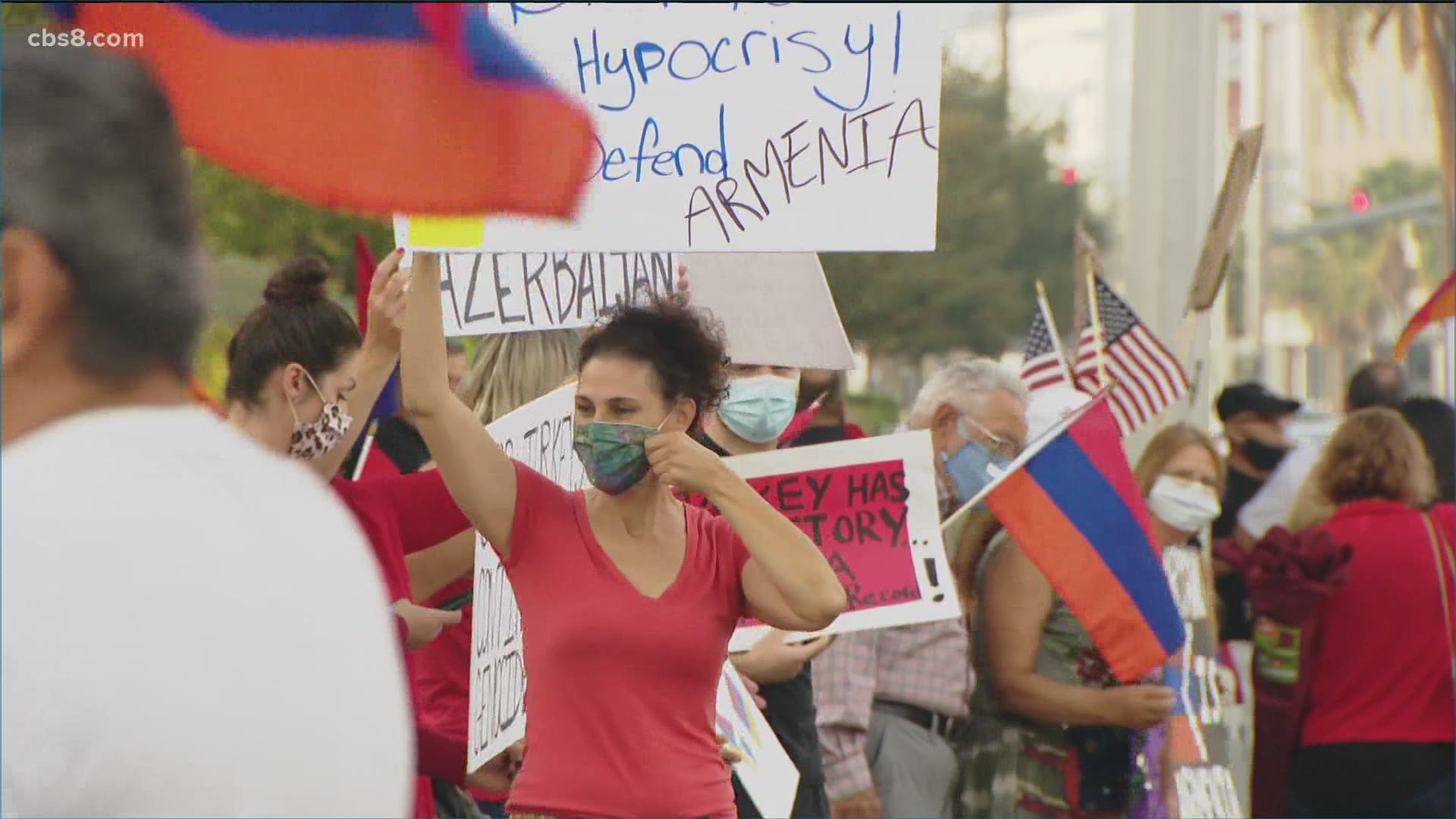 SAN DIEGO — A demonstrative, lively crowd gathered along Pacific Highway on Tuesday night with lots of noisy support as traffic cruised by. Several hundred protesters lined the sidewalk and the median, waving the flags of their heritage - the embattled country of Armenia, again at war.

"The massacre that my family came from 30 years ago is happening right now to Armenians," said protester Gayane Parsegova. "This hurts for them so bad."

Fighting began again last month with Turkey and Azerbaijan. There have been calls for a cease-fire from the United States, Russia, and France but to no avail.

"Terrorists are fighting against our people. They're trying to kill them [and] get them to leave the land where they were born so they can occupy it themselves," said protester Ike Gazaryan.

"It's like we're in their way," added demonstrator Lory Tatoulian. "We don't want another genocide; another holocaust. If we don't speak up, the cycle is going to continue."

The demonstration in San Diego included several families with children joining their parents call for peace.

"We are peace-loving people. We are defending ourselves. We want to make sure this young generation will have a positive and secure future," said Fr. Pakrab Berjekian of the Armenian Apostolic Church of San Diego.

Several larger demonstrations were held over the weekend in Los Angeles where protesters closed Highway 101 and Sunset Boulevard in Hollywood Saturday night and Highway 170 in North Hollywood on Sunday.

Lory Tatoulian grew up in San Diego but now lives up north.

"Freeways were blocked," she said. "They were making noise; asking for the world to pay attention to this atrocity happening."

Huge protests are planned for the upcoming weekend in New York and Los Angeles and other cities across America.