Following the killing of George Floyd, Black rights advocates are calling on government leaders to act. 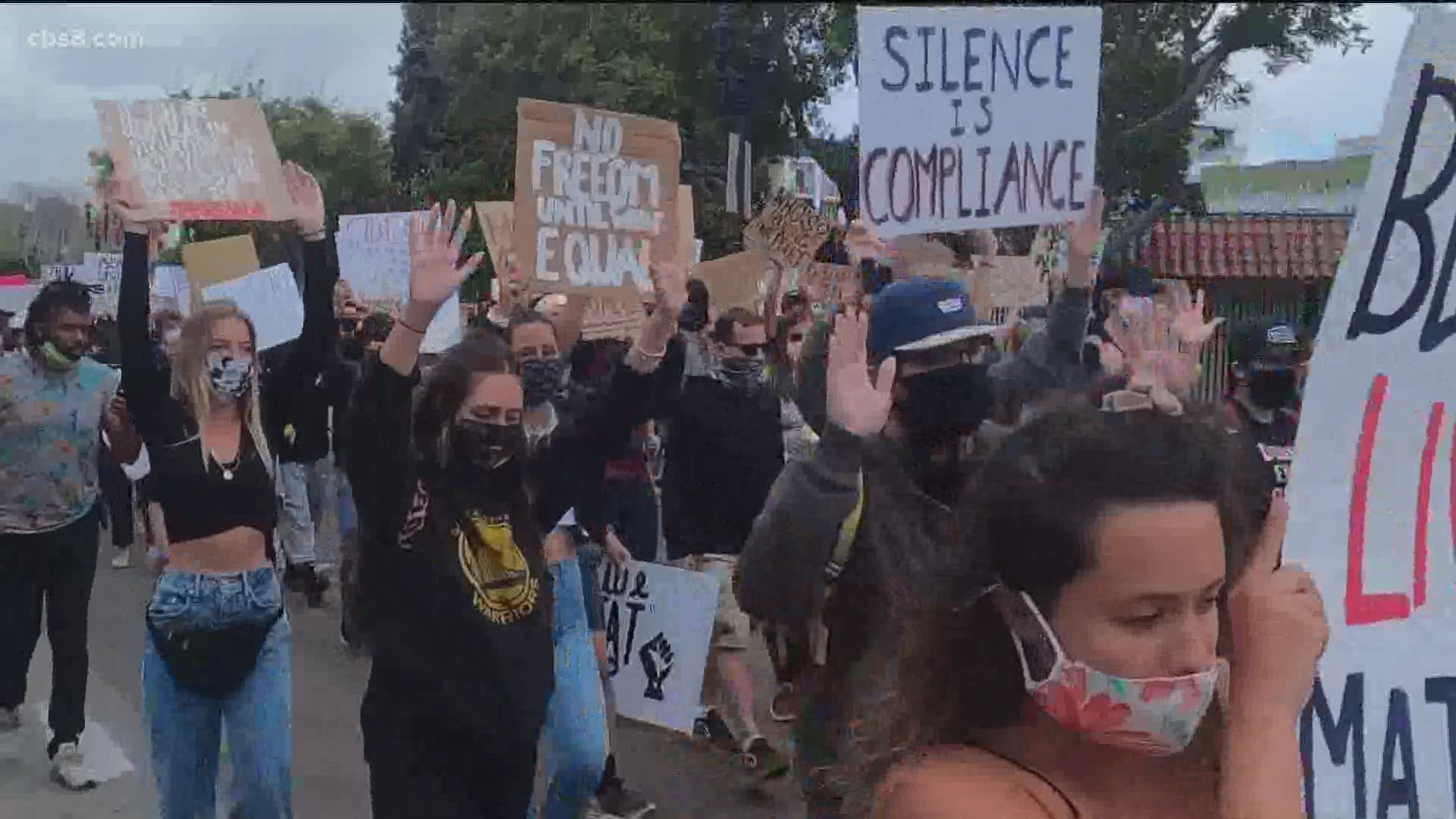 SAN DIEGO COUNTY, Calif. — A webinar Thursday evening aimed to educate the community about several areas of concern in the Black community including the demands of protesters who have been holding Black Lives Matter demonstrations around San Diego in recent weeks. The event organized by RISE San Diego covered the topics on a Zoom call with a variety of speakers on hand.

Following the killing of George Floyd, Black rights advocates are calling on government leaders to act.

Each of the advocates on the panel presented their own recommendations for overhauling or reimagining San Diego County police departments. Recommendations included community oversight for officers, news laws that would level the playing field for police and citizens.

“We're putting out the fire because we're living it right now you guys,” said Brian Pollard.

“We need to see community input in the hiring of police officers, whether a committee or community advisory board,” he said. “We need three strikes, you're out for every officer. If they put a registry, if an officer goes from San Diego to Dallas, Texas, his [or her] whole file is there. How many excessive force incidents does he have? what's the strategy to deal with that history?”

Another proposal presented Thursday night was to revive a state bill that lawmakers shot down in 2016, that would have required the attorney general to independently investigate deaths in police custody.

Attorney Anne Rios said she does not believe in reform, but rather her focuses is on abolishing police systems altogether.

“Defunding some of the line items police have in their budget,” she said.

Calls to defund the police had the opposite outcome in San Diego after the City Council voted to increase budgets for the San Diego Police Department in the upcoming fiscal year.

For Brian Pollard, of the Urban Collaborative Project, it all comes down to one point – race and the police.

“We are tugging at the foundation of white America, you guys. This is their blanket of security. Now, they're getting this thing pulled from underneath them. This is so deep,” he said.