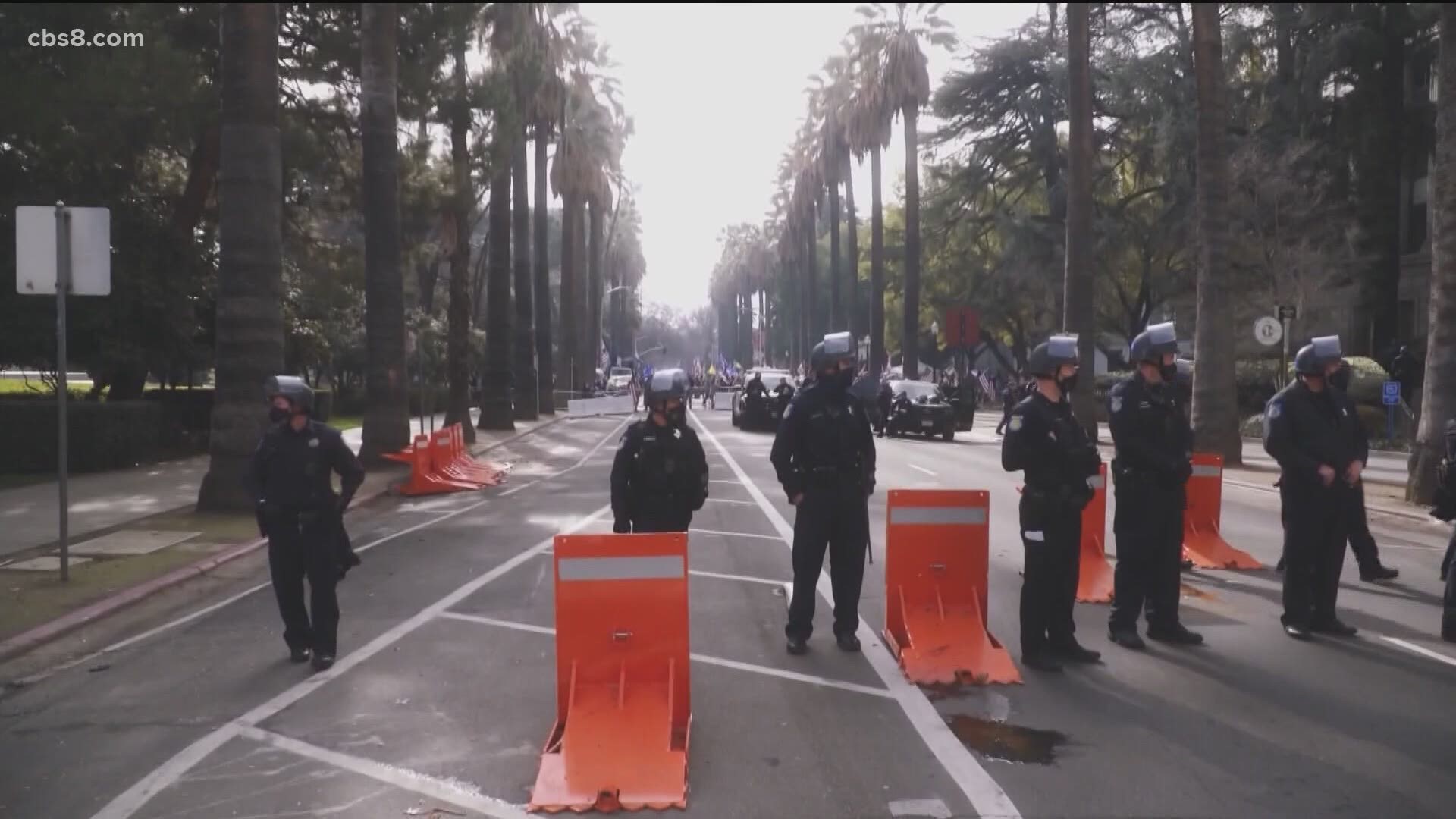 SAN DIEGO — On the heels of Wednesday’s impeachment vote, and with inauguration day less than a week away, federal, state, and local officials are all preparing for potential protests.

San Diego Police officials said there are no specific threats against the city or planned protests at this point, but they and others are still keeping a close watch.

In Washington DC, as many as 20,000 National Guardsmen have been deployed there.

In Sacramento and other state Capitols throughout the country, additional security measures are also in place after the FBI announced armed protests are being planned in all 50 states starting Saturday through January 20.

Stephan said her office is working alongside enforcement agencies to ensure if something were to happen locally, they're ready.

“We’ve been preparing here in San Diego," said Stephan. "We want to be over prepared."

While she did not give specifics, she warned anyone taking part in violent acts will be prosecuted under state or federal law.

“We stand by peaceful protests, by people exercising their first amendment but the United States attorney and I are united that people who violate the law are going face consequences," she said.

San Diego Police Chief Dave Nisleit echoed Stephan's warning, telling News 8, in part, "If demonstrations do occur, the department will always facilitate peaceful protests so that community members' voices can be heard. Violent actions will not be tolerated."

And shortly after being impeached for the second time, President Trump released a five-minute video via the White House Twitter account urging peace, saying “there should be no violence of any kind.”

Anyone with information about potential threats is being asked to come forward.