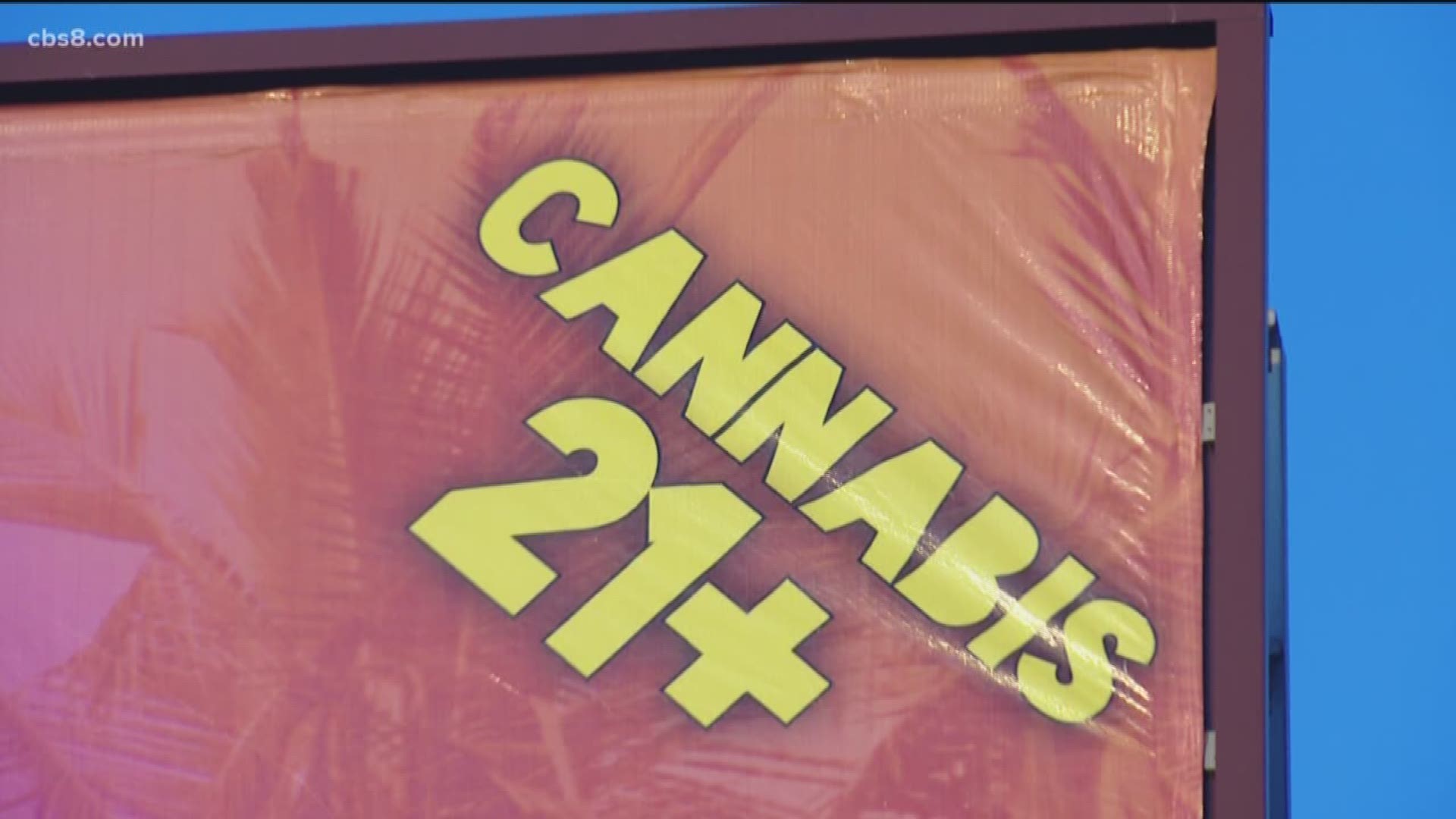 SAN DIEGO — Parents in City Heights on Tuesday came together to protest marijuana advertising billboards that they claim have been popping up all over and too close to their children’s school.

“I am angry because these marijuana billboards undermine so much of what my friends and I are fighting for,” said Chris Cortez, Hoover High school sophomore.

“I am here to protest a game of cat and mouse that the marijuana industry is playing in my community,” said Maria Cortez, Central Region Prevention Coalition.

WeedMaps, a company that maps dispensaries, delivery and deals with several billboards did not respond to News 8’s request for comment, but it did comment in a story out of Louisiana from KFMB’s sister news station about its ads on claims about the positives on the pot industry impact.

“The point of the billboards is to engage people in an informed debate,” said Carl Fillichio, WeedMaps Billboards.

Cate’s proposal also includes an outright ad ban on illegal dispensaries, which the state does not.

“When I think of City Heights, I do not want to think about marijuana, but that is what I am seeing more and more on the billboards in my community,” he said.

The mayor has voiced his support for the proposed dispensary billboard ban. There’s been a delay in bringing the ban before the city council but is expected to happen later this year.