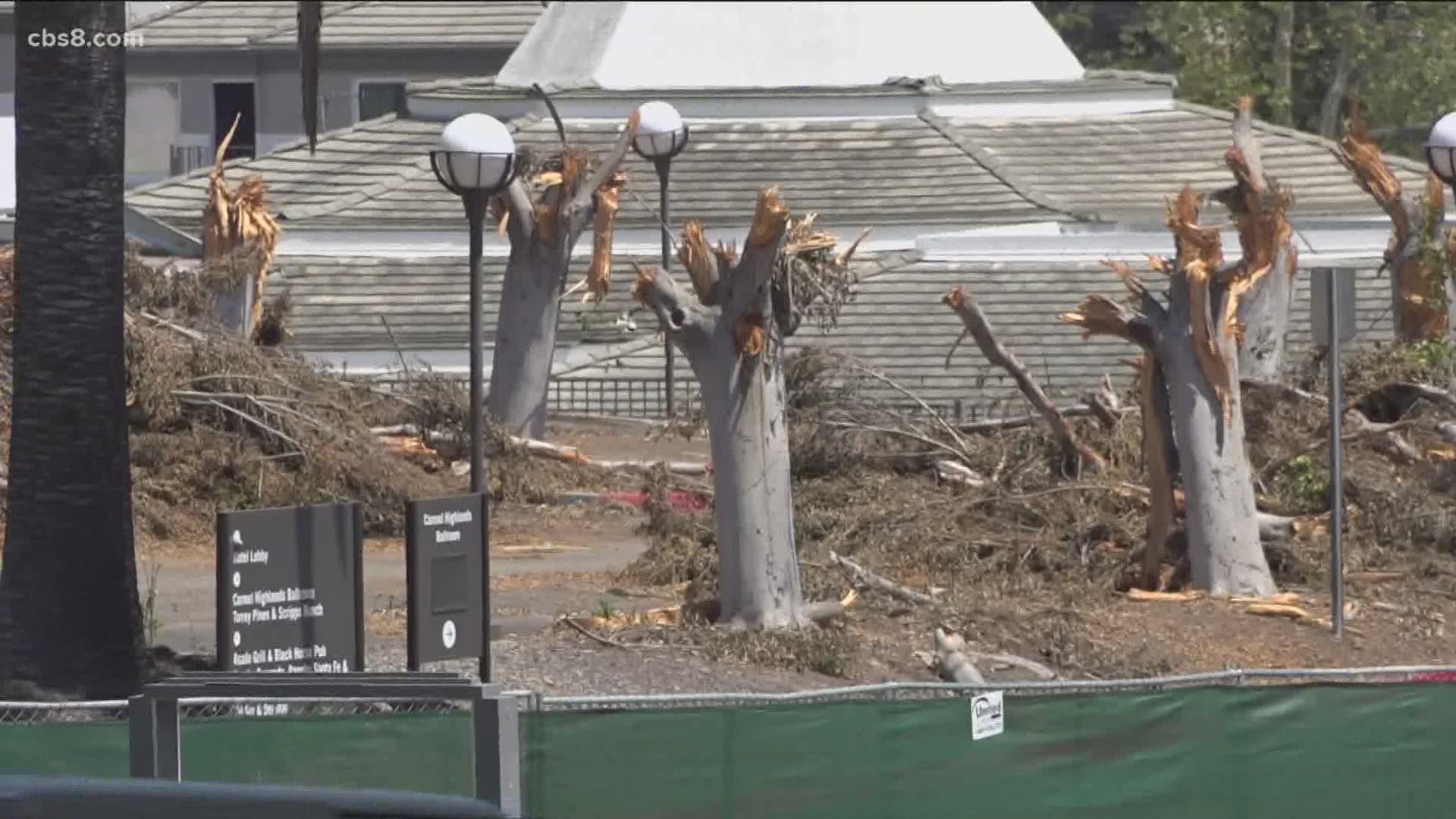 SAN DIEGO COUNTY, Calif — Residents of a Rancho Penasquitos neighborhood have expressed outrage after developers chopped down dozens of 40-year-old trees to make way for new infrastructure. The decades-old trees were left as chopped up stumps or piles of debris in the neighborhood.

Haight is the president of the nonprofit Save PQ, which focuses on protecting the quality of life within the community.

After receiving an email from another concerned citizen, News 8 looked into the issue.

Haight said last Tuesday the developer, who purchased the now-closed Hotel Karlan property, began chopping the trees up one by one. Haight believes they had been on the property since around 1980 when the hotel was permitted and built.

News 8 has been told the developer behind the apartment complex project is believed to be Dinerstein Companies and reached out to them Tuesday morning but had not received a response as of Tuesday evening.

“There multiple developments that are either in the works or being proposed right now that are right on that intersection,” Haight said.

While the chopped-up trees are what ignited the outrage and grabbed people’s attention, there are also other concerns about congestion in the area.

Residents said they are not against development as a whole, they just want the city to look into certain issues before approving anything.

“[We want them] to look at the impact the impact of the development may have on the area and fire safety in particular,” Haight said.

As for the trees, “I know specifically they’re looking to take down the trees along the road right now,” Haight said.

Neighbors are hoping they don’t have to see any more come down just so new buildings can go up.

“It’s very sad because they’re beautiful mature trees and they just ripped them out and they can’t be replaced," said Haight.