Virtual reality content offered for a fee & in consultation with the family. 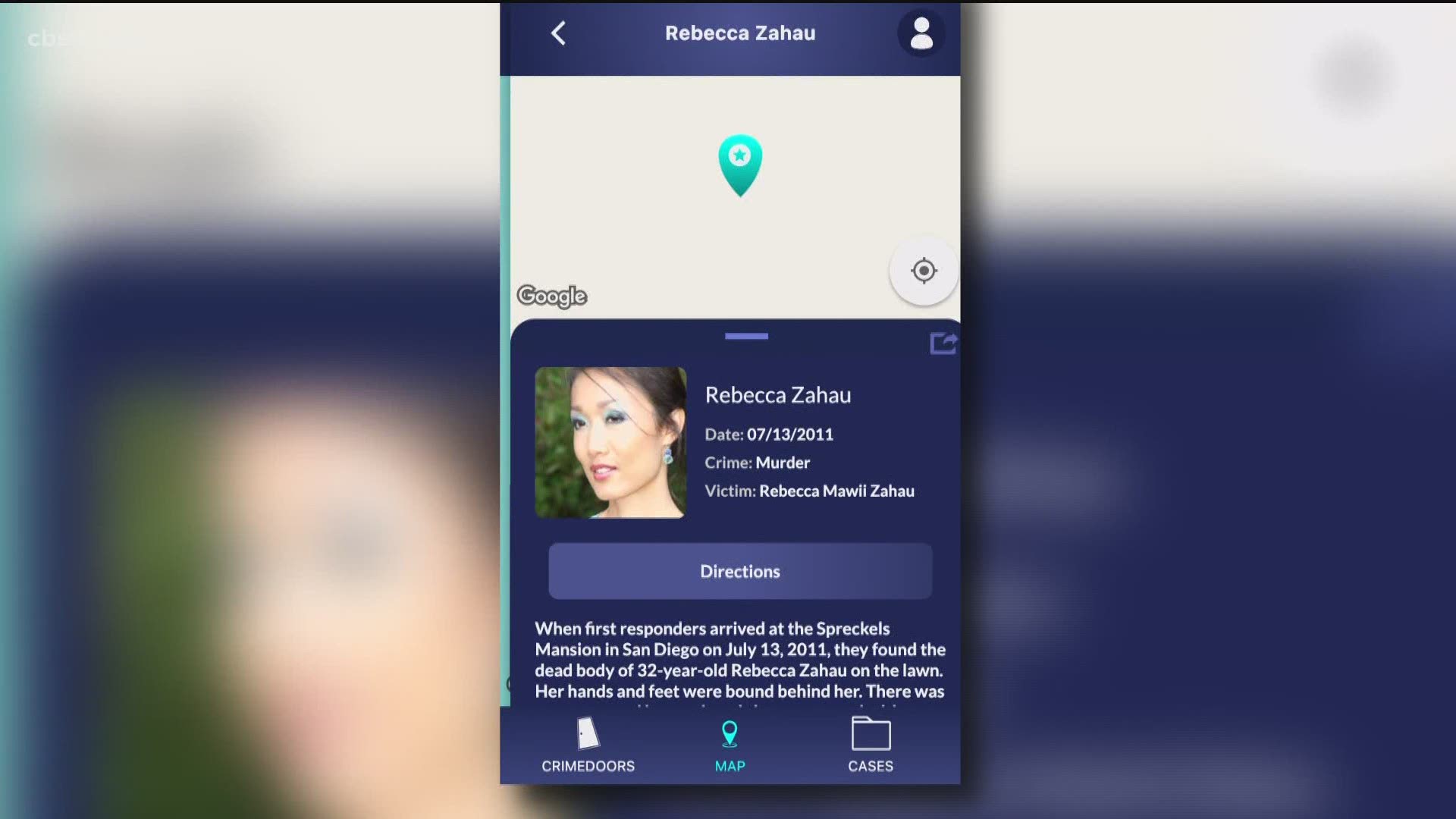 SAN DIEGO — A new app is allowing the public to see crime scenes in a 3D virtual reality.

The CrimeDoor app recently launched a virtual walkthrough of the Coronado scene where Rebecca Zahau died in 2011.

“This gives the user a three-dimensional perspective on something that people only typically get to see in two dimensions,” said cold-case investigator Paul Holes, a consultant for CrimeDoor.

The app offers two 3D scenes of the Spreckels mansion where Zahau was found hanging from a balcony.

“The user is able to walk into that courtyard and see Rebecca as Adam Shacknai would have seen her. She's hanging from the balcony,” said Holes.

“If the user hears about a case, say on the news, they can go to CrimeDoor and start listening to podcasts, or watching shows that provide information about that case.  It’s sort of the one-stop shop for content on a case,” said Holes.

Other content, like the 3D virtual reality walkthrough of the Zahau death scene, costs money to unlock.

“They'll have to pay. I believe it's a $1.99 – the equivalent of a cup of coffee – in order to be able to get access and walk through that door,” said Holes.

The Zahau family is onboard with the CrimeDoor app, despite graphic 3D animation of Zahau's naked body hanging from the mansion’s balcony.

“It is graphic. It is. It's disturbing. But it's exactly how the scene was at the time.  We couldn't alter that.  It's not something that should be altered,” said Doug Loehner, Zahau’s brother-in-law.

Loehner hopes the CrimeDoor app will bring more attention to the case, as the family tries to get Zahau's death certificate changed from suicide to homicide.

“It may get the conversation going with us and officials in San Diego and we can move forward with a productive meeting and discuss Rebecca's case,” said Loehner.

But in 2018, a civil jury found Adam Shacknai liable for her death. Shacknai was the brother of Zahau’s boyfriend, Jonah Shacknai.

The Zahau family continues to urge any witnesses to come forward with information in the case.

The family receives a portion of the proceeds from fees paid on the app, and the family continues offer a $100,000 reward for information that leads to a criminal conviction in the case.

Loehner said his wife has been reluctant to view the virtual reality space where her sister died.

“It's tough. Mary hasn't seen it. She probably never will,” he said.

CrimeDoor costs $1.99 to unlock individual cases.  A monthly fee of $4.99 unlocks all content on the app.  It is available for either iPhone or Android smartphones.