Brianna Bell, a 17-year-old student at the time, was slammed by a police officer in 2018, just settled with the City of La Mesa 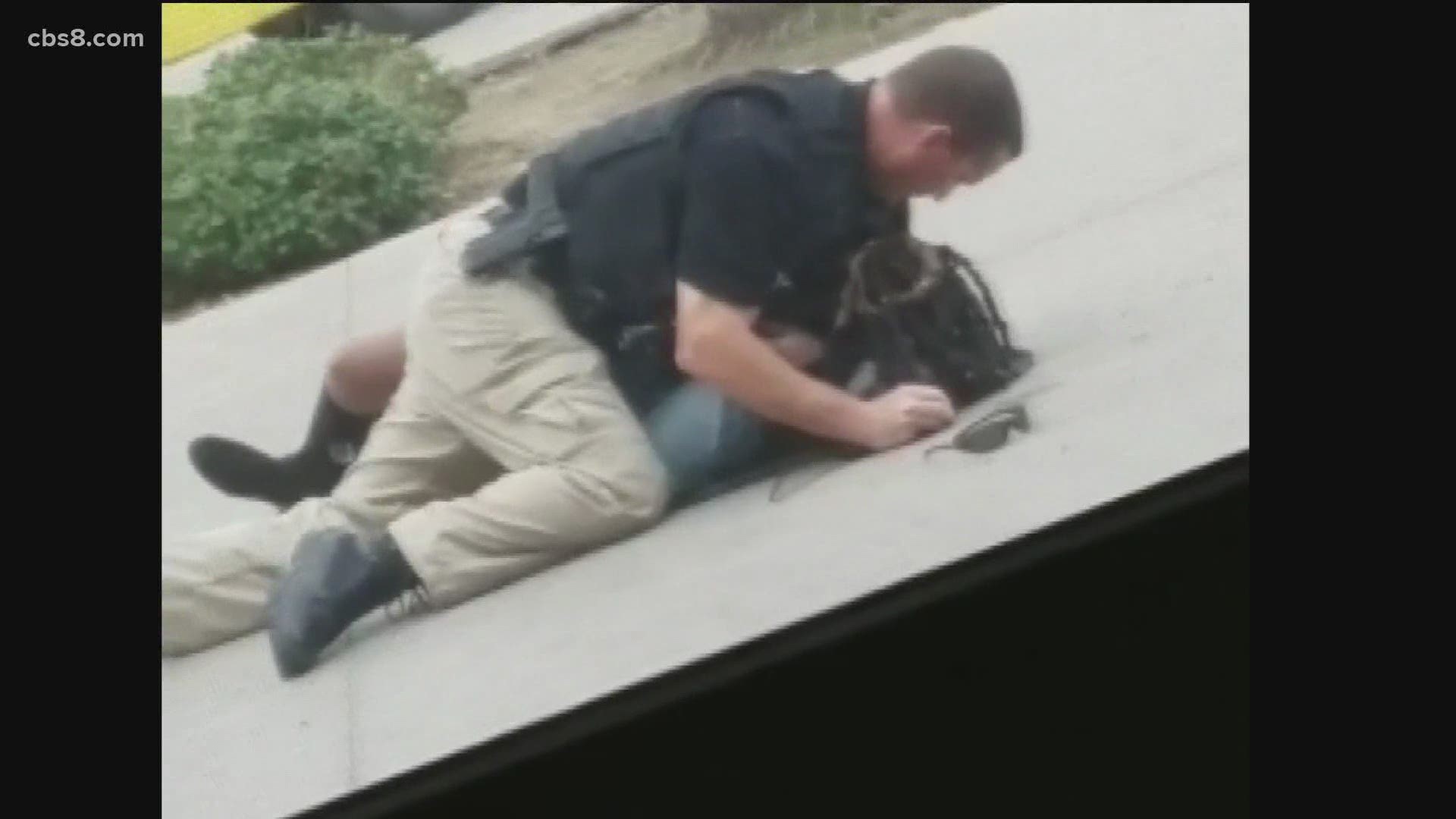 LA MESA, Calif. — In January 2018, a black female student at Helix High School, was seen on video being slammed to the ground twice by a white male La Mesa police officer.

“It reopens a wound that everyone was trying to move away from and move past,” said Troy Owens, the attorney for Brianna Bell, who was is the 17-year-old student seen in the video.

“The frustration a lot of people experienced and still experience with how that situation was handled and the investigation that was done,” Owens told News 8.

“There were procedures that were implemented afterwards to kind of improve the process and that’s something that we will be experiencing now,” Owens said.

Owens is referring to the trolley incident that happened in La Mesa back on May 27. Owens is now representing Amaurie Johnson, the man involved in the recent controversial arrest that was also captured on video.

In it, a white La Mesa police officer is seen on video pushing him down repeatedly for what was said to be a response for loitering. It’s part of what sparked a peaceful protest that eventually spiraled into riots throughout the city.

Johnson had all charges dropped by the La Mesa Police Department.

As for the officer that slammed Bell back in 2018, the city confirmed he’s still on the force but not working as a school resource officer.

Last year they reported an outside investigator found he did not break policy and any claims of racism of excessive use of force were unfounded.

“A preponderance of the evidence did not support the allegation that the force violated department policy,” said a city representative at a San Diego city council meeting.

“I think there is no reason that officer should still have a badge and be an officer, so that is surprising it is hurtful,” said Owens.

“There needs to be some accountability and it looks like that did not happen with the previous cases but that is something we will be pushing for now,” Owens said.