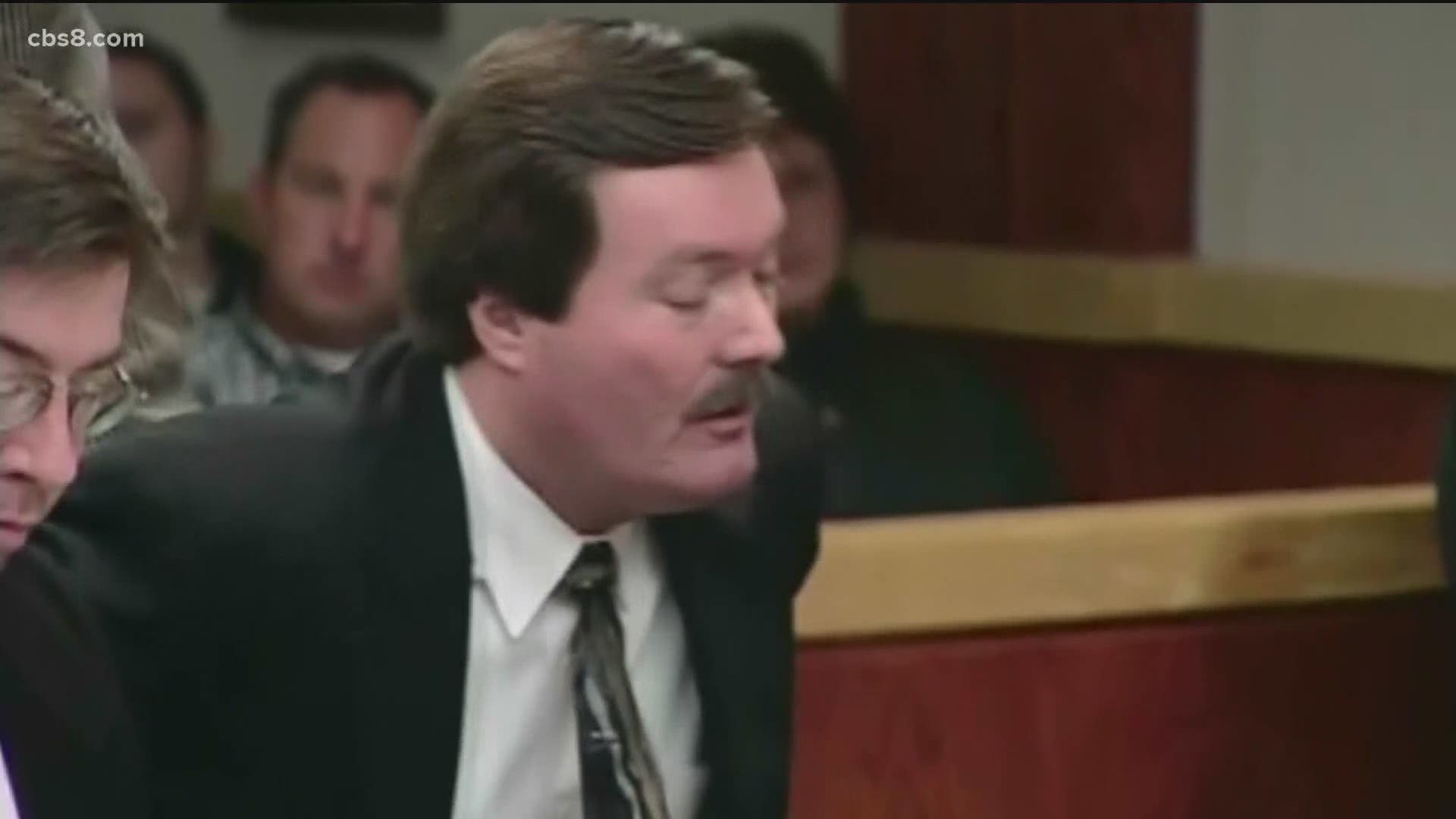 Smith had briefly relocated to the cities of Orange and Corona, then Lake Elsinore, officials said Sunday.

"Cary decided to leave the Lake Elsinore area. Thank you to everyone who engaged with us upon learning he was in our community," the Riverside County Sheriff's Lake Elsinore station posted on Facebook.

The San Diego Sheriff's Department tweeted about 3:30 p.m. Sunday that the agency "is monitoring a sex offender released by Coalinga State Hospital two weeks ago to ensure the safety of our communities. 59-year-old Cary Jay Smith is staying at a motel in the North County. He's moved around Orange and Riverside Counties since his release."

"Smith is not wanted for any crime," the sheriff's department tweet continued. `He is not on parole or probation and can move without restrictions. Do not contact, confront or attempt to apprehend Smith."

A protest against Smith staying in Lake Elsinore had been planned but was called off following the announcement that he had left the area.

Smith was released from Coalinga State Hospital on Tuesday after spending 21 years there for openly fantasizing about raping and killing children.

"He said over and over he would re-offend, he wouldn't be able to control himself," said Lynn Rinner.

She's been attending Smith's hearings for years. Back in 1999, Smith wrote a letter describing the sex acts he wanted to perform on her then 7-year-old son.

"The thing that saved us is when we found out he was already locked up," she said.

Monday News 8 reached out to the Department of State Hospitals to find out why he was released.

"State and federal privacy laws prohibit the Department of State Hospitals from confirming or denying that anyone is, or ever was, a patient at a state hospital."

"As soon as the police stop following him around he can go out and start hunting for little boys, and no one is going to know," she said.

Smith stayed in Los Angeles for one night before making his way to Orange, where he checked into a halfway home on Thursday, said Sgt. Phil McMullin of the Orange Police Department.

On Saturday morning, Corona police said Smith had relocated to a motel in that city, where he was under surveillance by law enforcement.

"Mr. Smith is not on any form of supervised release or required to register as a sex offender. Smith can move around without restrictions," Corona police said in a Twitter message.

At 9:05 p.m. Saturday, Corona police tweeted: "A short time ago Cary decided to leave the City of Corona. Thank you to everyone who engaged with us upon learning he was in our community."

A few hours later, the Riverside County Sheriff's Lake Elsinore station issued a community alert. "Convicted Sex Offender Cary Smith is CURRENTLY in the city of Lake Elsinore," it read. "...Deputies from the Riverside County Sheriff's Department are currently watching Smith while he is staying at a local hotel to ensure the safety of our community. Smith is not on any form of supervised release nor is he required to register as a sex offender. Smith is allowed to move around without restrictions.

"We will update the community when he leaves the city."

Last week, Orange County District Attorney Todd Spitzer and Board of Supervisors Chairwoman Michelle Steel issued a news release about Smith and sent a letter to Gov. Gavin Newsom asking for help researching why Smith was no longer required to register as a sex offender despite a conviction and requirement to do so in 1985.

Smith appeared to be "very mild and passive" when McMullin spoke with him Thursday night.

State and Orange County Health Care Agency officials referred Smith to the facility. Police warned the administrator of the facility about Smith's past, but he was accepted.

Smith pleaded guilty in 1985 to a misdemeanor sex offense against a child, requiring him to register as a sex offender for the rest of his life, Spitzer said.

However, in 2005, that requirement was lifted for an unknown reason, Spitzer said.

"We need to look into this and know why he is no longer a lifetime 290," Spitzer said, referring to the code in the law that requires sex offenders to register with authorities so they can be tracked.

"We believe he is a lifetime registrant," Spitzer said.

In 2002, prosecutors attempted to charge Smith with sexual assaults on a 13-year-old, but the case was thrown out because of an issue with the statute of limitations, Spitzer said.

Smith was committed to Patton State Hospital in San Bernardino in 1999 on a psychological hold when his wife gave a psychiatrist a letter her husband wrote that described sex acts he fantasized about on a 7-year-old boy in his neighborhood in Costa Mesa, according to prosecutors.

The state kept him locked up in a state hospital under a civil commitment that concluded he was a danger to children, according to prosecutors. Under that law, he had the opportunity to seek release in a trial every six months.

But during the hearings, he has testified that he continues to fantasize about sexually assaulting and killing young boys, prosecutors said.

"He calls himself `Mr. RTK,' which stands for rape, torture, kill," Spitzer said. "That's what I think has kept him in. He says, `If you don't cut off my penis and hands I will molest again."'

Spitzer said he has no real connection to the case because it was a civil commitment, but wanted to warn the public about the potential danger.

"It's just really upsetting and aggravating to me that one of the governor's departments released a guy who is such an aberration and outlier and it doesn't advise the public," Spitzer said.

"That's crazy to me. So the only thing I can do under the law is warn people and get his picture out there and build awareness of him, but I can't do much else."

It was the county counsel's office that had the authority to object to Smith's release, but it was apparently not notified this time and the hold on him expired on Saturday, Steel and Spitzer said in their letter to Newsom.

Spitzer said his office has been in touch with the state Attorney General's Office to determine why the sex offender registration requirement was lifted and whether it can be reinstated.

News 8 reached out to Governor Gavin Newsom's office for comment, but did not receive a response.

Smith is not wanted for any crime. He is not on parole or probation and can move without restrictions. Do not contact, confront or attempt to apprehend Smith. @RSO Riverside County Sheriff's Department news release: https://t.co/u8LUIwnQ9T 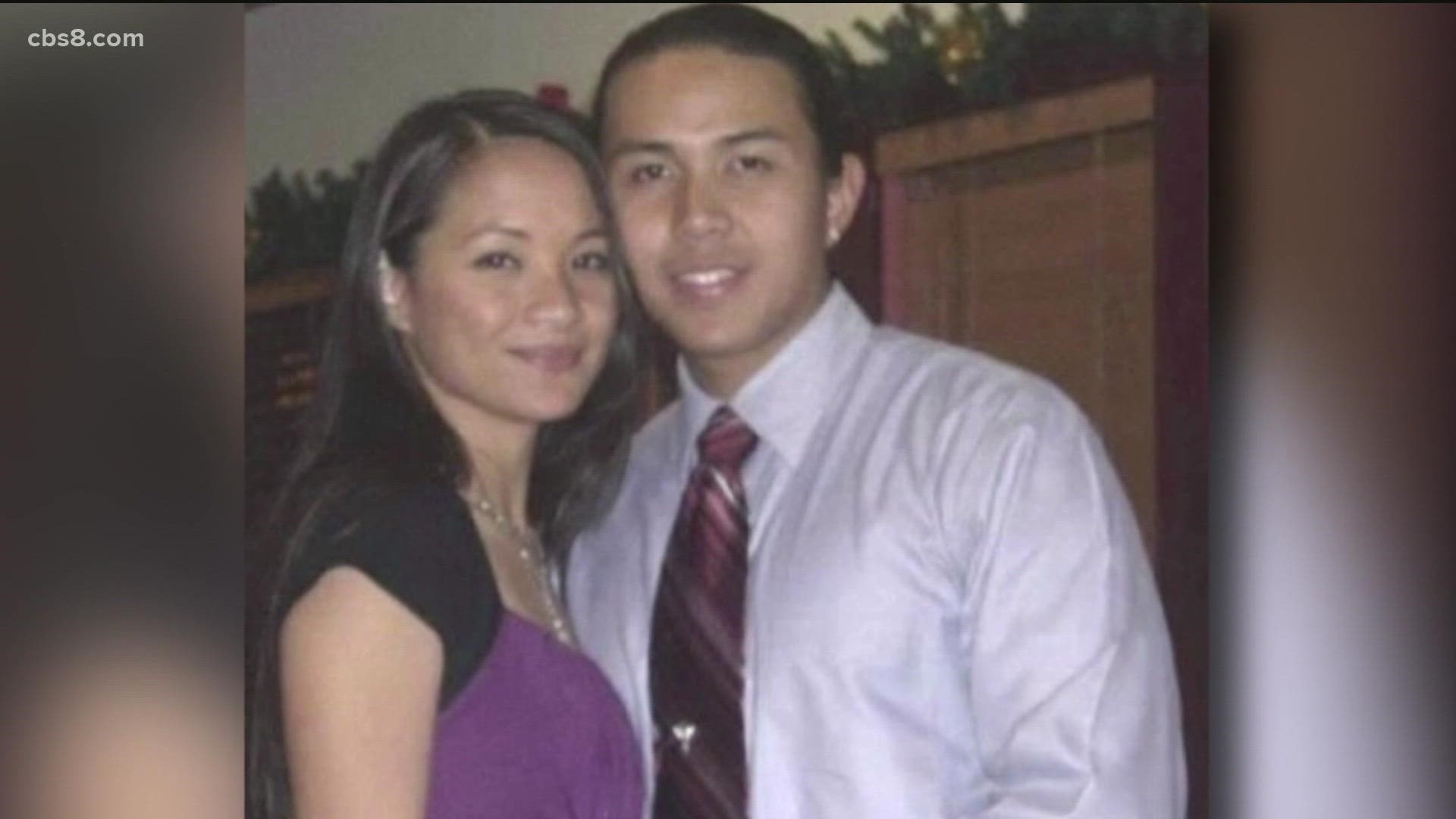