Smith has over 100 pieces on display and he can’t stop. The drummer was painting more at his own exhibit. 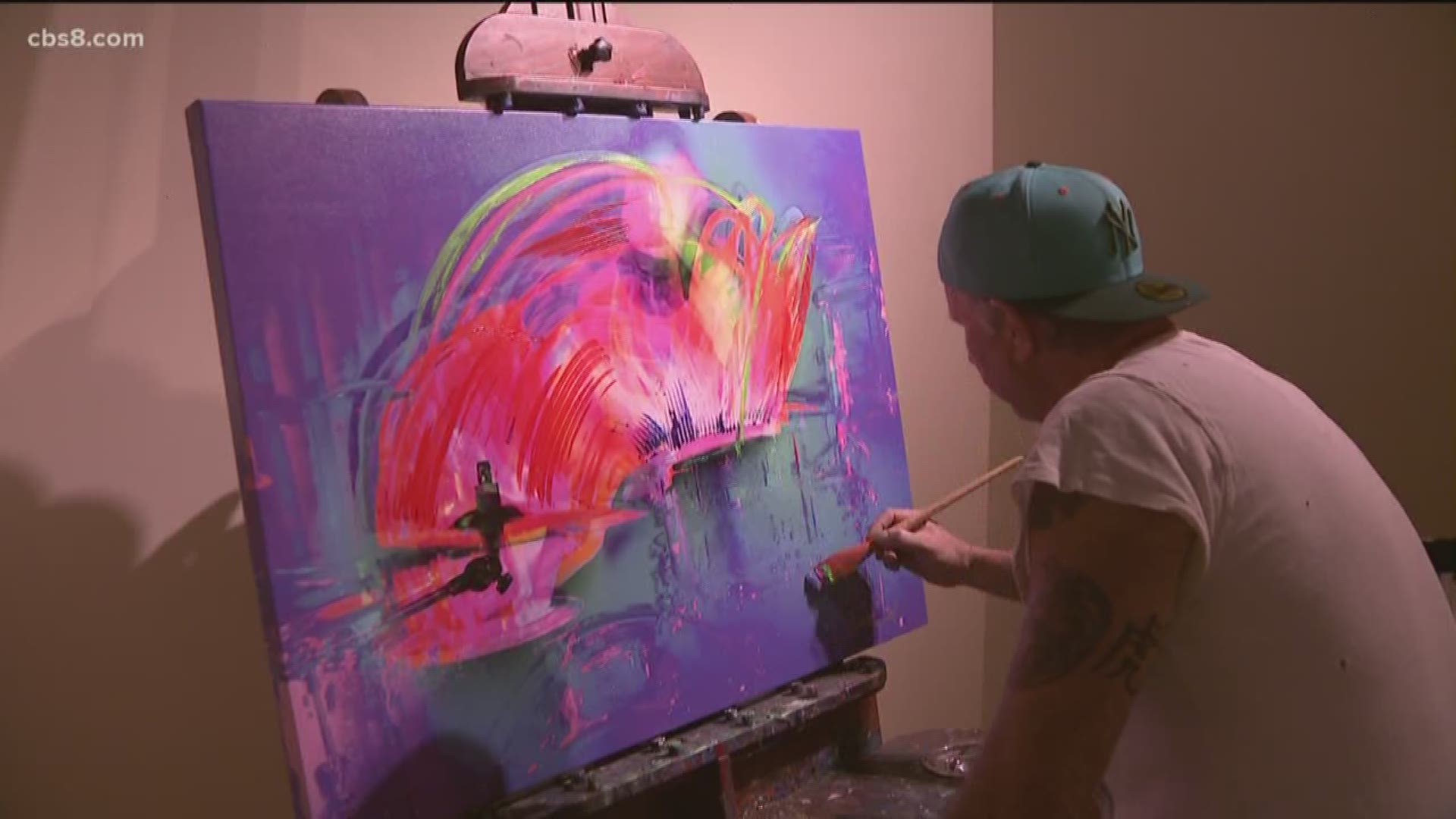 SOLANA BEACH, Calif. — In a parallel universe and on the other side… of the five, Chad Smith, drummer of the Red Hot Chili Peppers, has a soul to squeeze and shows it on the canvas.

With an explosion of color and power, the rock superstar has matched the energy he brings on the drums to the blank canvas.

When asked about one of his paintings, Smith responded, “this one is more literal. You can see the drums; you can see the motion of the sticks. It’s me in a dark room using these light-up drum sticks improvising drums.”

The Rock and Roll Hall of Famer has been road-trippin' across America and has found higher ground at Exclusive Collections in Solana Beach.

Smith has over 100 pieces on display and he can’t stop. The drummer was painting more at his own exhibit.

Although he is known for his artistry on the drums, the explosion of color and the energy the brush strokes on canvas are bound to make anyone say, “by the way, he is a painter too.”

The exhibit will be open Sunday from noon to 3 p.m.