San Diego is the first major movie market in California to see the return of indoor theaters. Many headed out Wednesday to see the newly released "Tenet." 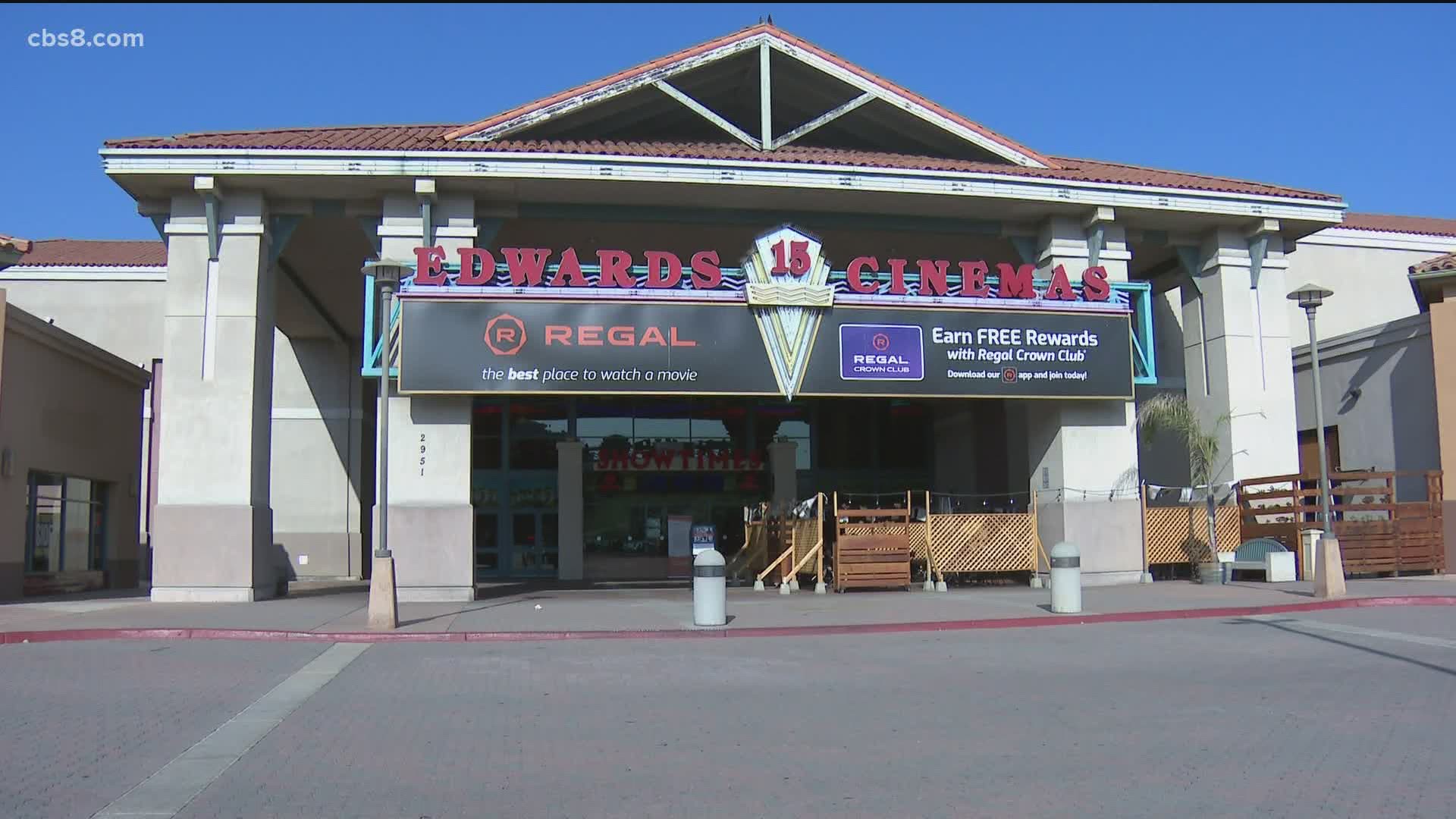 SAN DIEGO COUNTY, Calif. — Despite setbacks in some places, some movie theaters reopened in San Diego County Wednesday night. San Diego is the first major movie market in California to see the return of indoor theaters.

Regal Edwards Rancho San Diego was one of the first to welcome back movie-lovers. Many arrived for a sort of escape from reality they haven't had since March.

“I think when the movie starts you'll forget all about the boundaries, safety precautions,” one man said.

And going to see a movie like "Tenet" was an event, in more ways than one.

“This is a highly anticipated movie for us,” said Becky Chrisope with her son Andrew.

"Tenet" is the first motion picture to hit theatres since March. But perhaps bigger than its release was the mother and son's return to something like normal life.

“We’re willing to put up with some of the changes so we can have kind of a normal family event for us,” Chrisope said.

There were the usual reminders, including six-foot markings by the concession stand, and social-distancing signs down the hall. But there wasn't as large of an audience as one would expect for a Christopher Nolan film

“Not too many people are in there anyway so everyone is doing what they're supposed to be doing,” said Christina Weahry.

Regal is operating with an updated reservation system. Seats are spaced out in assigned pods. And while all 15 of their theaters are allowed to reopen, they’re capped at 25% capacity.

“I’m an essential worker so I’ve maintained a lot of social contact throughout the quarantine… so that part doesn't feel strange for me,” said Weahry.

As for the mask policy, you can remove it only to eat and drink. But a face covering must be worn throughout the movie.

Erik, who spoke to News 8 walking in, planned to save some popcorn anyway.

“Take some home to my parents… because they really love it,” he said.

Some big theater chains are joining the club and will reopen this week. So far AMC and Cinepolis will be celebrating their reopenings before the weekend.