While opponents of removal say it would be like re-writing history, supporters say that it is the right thing to do. 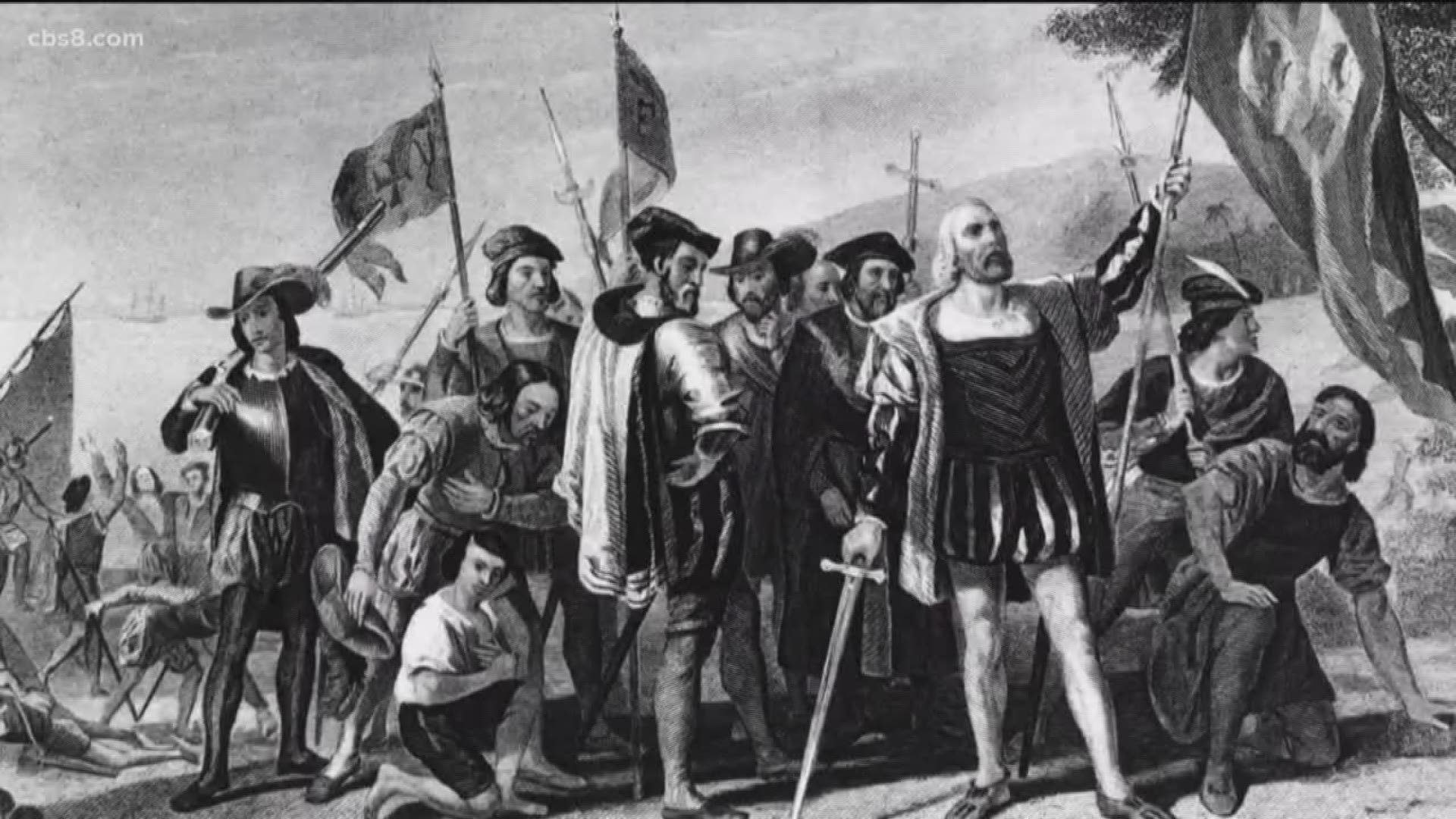 CHULA VISTA, Calif. — A heroic explorer or a murderous oppressor?

In recent years, Christopher Columbus and his place in history have generated intense debate.

It's a debate that has led to calls throughout the country to remove statues and monuments celebrating Columbus' life, including in Chula Vista.

The statue of Columbus in Discovery Park has already been vandalized a number of times, including over last Columbus Day. Since then, city leaders have received renewed calls to have it removed completely.

While some opponents of this say it would be like re-writing history, supporters say that it is the right thing to do.

Those who want the statue removed say that instead of celebrating Columbus for his explorations and purported discoveries, he should be condemned as an oppressor of indigenous peoples, responsible for spreading slavery and mass genocide.

"It's hard to defend," said Chula Vista resident Emilio Marquez. "It's like defending your old racist uncle. He's a product of his time. He's not wrong or right. It's just what it is."

Marquez says that whether the statue of Columbus remains or is removed, the vandalism must stop.

"Was he wrong? Absolutely. Was he wrong then? A little less so," Marques added. "That's just the way people thought back then."

However, 15-year-old Victoria Montero would like to see it removed.

"Maybe we could put up a better, more influential statue," Montero told News 8. "There's other people in history who have done way greater things in a positive manner."

"I would be in favor of re-locating it into maybe a museum or some where where the right context could be  taught to people so that we could learn who Christopher Columbus was," Struiksma said.

For Victoria Montero, though, it's not about the past, but the future.

"If teaching our kids that someone who was oppressing people is someone to look up to, that's not really helping our future," Montero said.

Chula Vista's City Council would have to vote to have the statue removed.The city's Parks Commission is currently looking into the issue.

This wouldn't be the first time that a statue of Columbus was taken down. In the past few years, several cities throughout the country have done so, including Los Angeles and San Jose.