Rent control in the spotlight after tenants cite 50% increase

AB 1482 already passed the State Assembly, and it will need to be approved in the full Senate and signed into law by Governor Gavin Newsom. 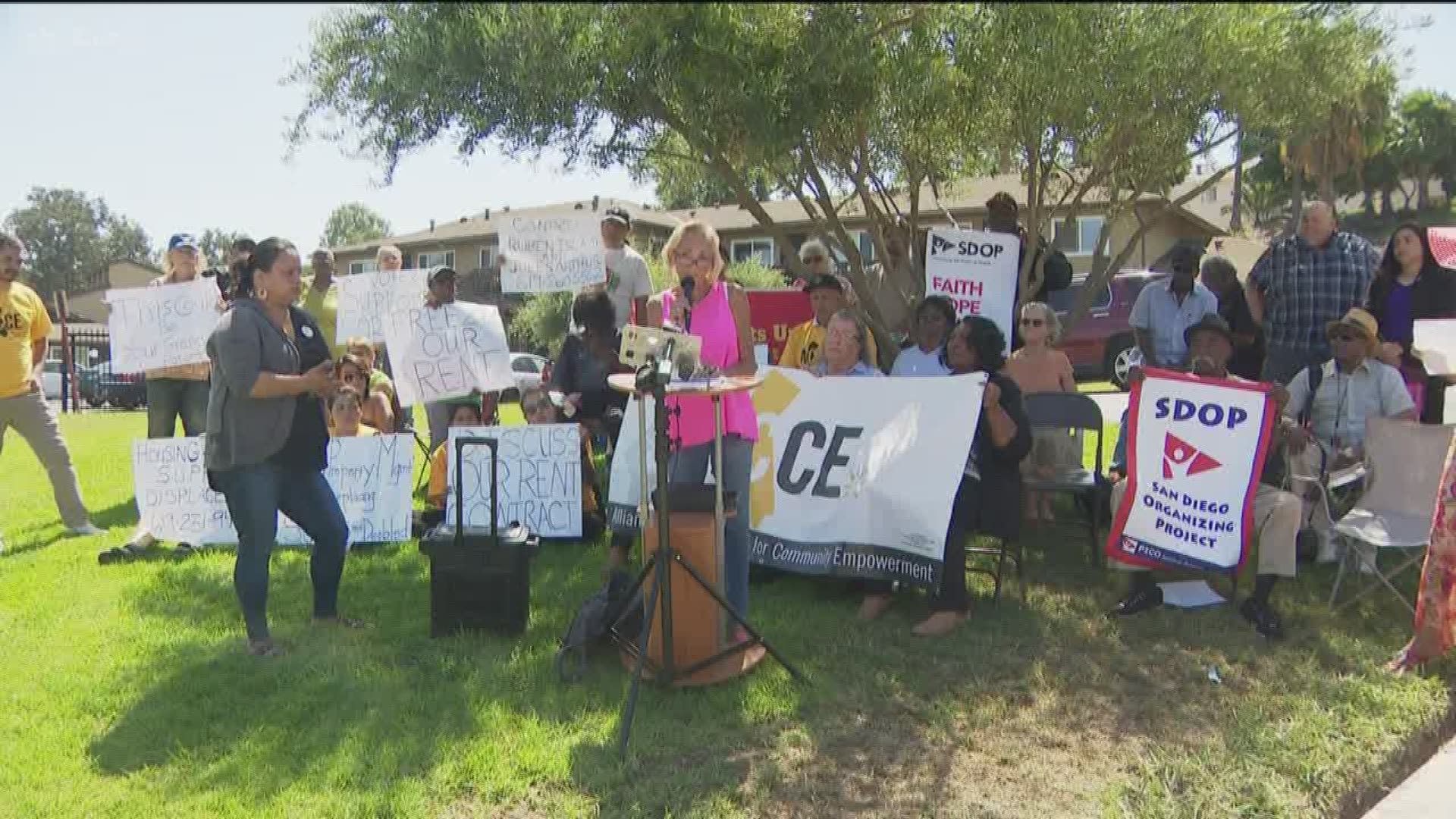 SAN DIEGO — A group of Board of Supervisors candidates and local organizations on Thursday called on state legislators to pass a bill that would mandate rent control statewide.

Assembly Bill 1482 would limit rent increases to once per year at a maximum of about 10% and prevent property owners from evicting tenants without cause. Homes built in the past ten years would be exempt.

Several tenants at the Olivewood Garden apartments in the College Grove area are seniors on fixed incomes, while others are disabled. On Thursday, they alleged their rent has increased to a point that they can no longer afford it, and they fear becoming displaced and homeless.

Like the tenants at Olivewood Garden apartments, there are millions of others across the state who on Thursday rallied in support of AB 1482, which would protect them from unsustainable rent increases.

The California Apartment Association expressed concerned that the bill would scare off development in California. The association claimed the state has under built housing for years and it is one of the reasons why the cost of rent is so expensive.

In a statement the CAA said:

"When rents are capped, developers are less likely to invest in new multifamily housing, which we desperately need during our ongoing housing shortage."

AB 1482 already passed the State Assembly, and it will need to be approved in the full Senate and signed into law by Governor Gavin Newsom.