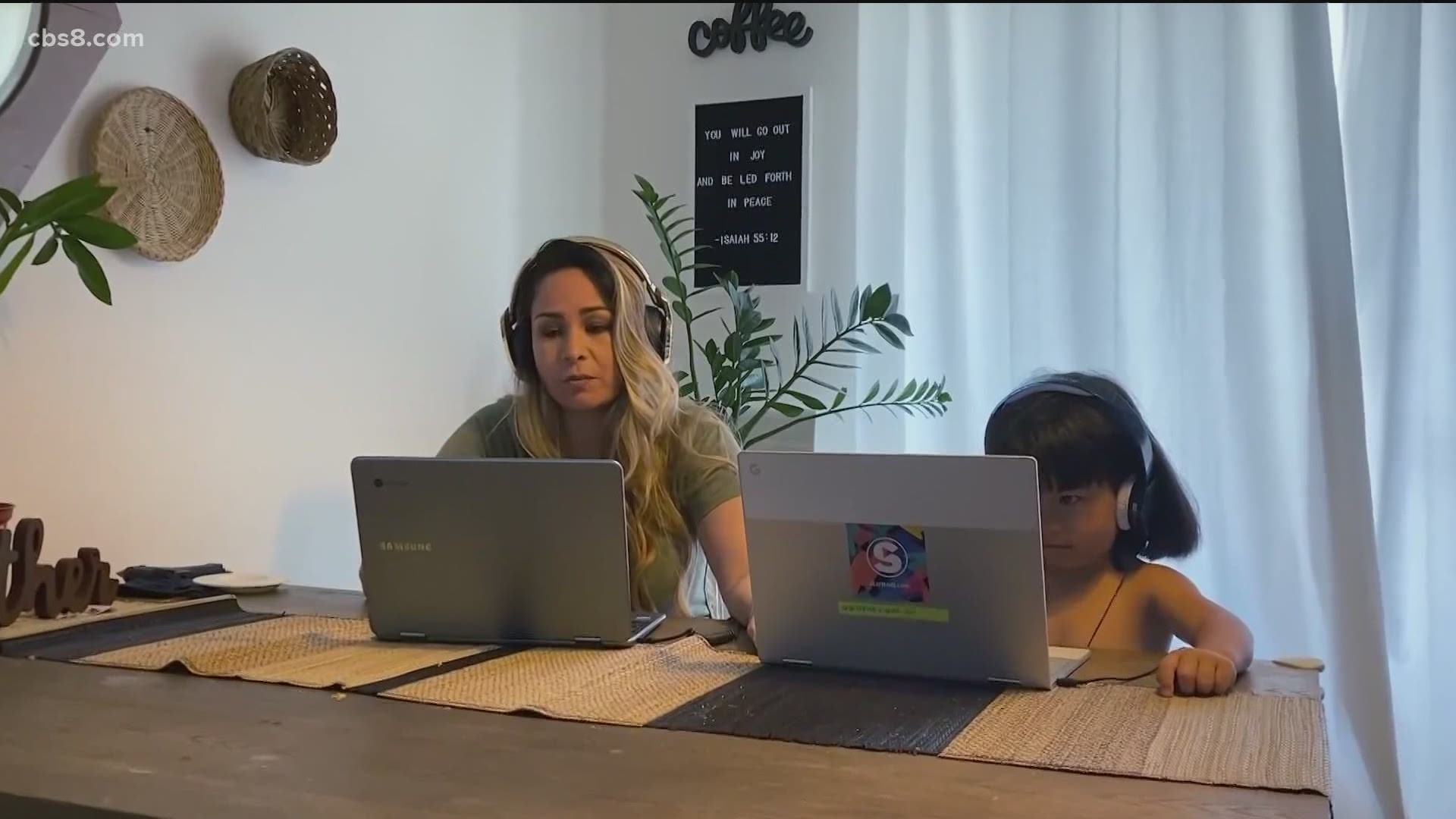 SAN DIEGO — A new report just released from the Center for the Advancement of Women in Los Angeles says women and girls in California have struggled in the workforce, caring for their families and staying mentally well during the pandemic.

One key finding shows that 25% of women in California were unemployed compared to only 20% of men, as COVID-19 impacted the economy.

The pandemic has been tough on everyone but the new report shows that women have been hit the hardest in almost every aspect of life during the pandemic.

The Center for the Advancement of Women at Mount Saint Mary’s University says nearly 80% of the jobs lost have been in retail, education, hospitality, healthcare and government. In all, women lost nearly three million jobs while men lost 1.8 million jobs.

“That is going to have long-stream, downwind effects on women in leadership positions. If women aren’t there, at the table, making good, sound policy decisions, no one is going to be representing us. I think that’s a problem,” said Emerald Archer, the Director of the Center for the Advancement of Women at Mount Saint Mary’s University. MSMU is the only Women's college in Los Angeles.

This week, the Center released the 2021 Report on the Status of Women and Girls in California. A few of the key findings show that 41% of mothers working from home provided extra childcare, while only 15% of fathers did when schools closed. Seventy percent of women suffered anxiety and more than 50% experienced mild to severe depression. Even women without children, like some college students, say they felt overwhelmed.

“A lot of my friends, women in this house, have started therapy since the pandemic has happened. I have two friends that are actually in therapy and it’s helped them a lot that they’re able to talk to somebody who can give them information from a non-biased point of view,” said Cai Ford, a Business & Marketing major in her third year at San Diego State University.

The research also shows that 47% of women delayed medical care during the pandemic. CBS News reported that stillbirths, ectopic pregnancies and maternal death all increased around the world in 2020, possibly because women couldn’t see a doctor.

“I feel like that’s something people forget about especially for women my age. We’re kind of in an age where it’s like, what do we do? ‘Mom, can you make this doctor’s appointment for me?’ So especially not being with your parents and only speaking on the phone, it’s really up to you and it gets put on you,” Ford said.

Archer said the report can be used as a tool to help people, government and other agencies address gender disparities so that women can get back on track.