The highest disparities in suspension rates district-wide were in kindergarten through third grade. 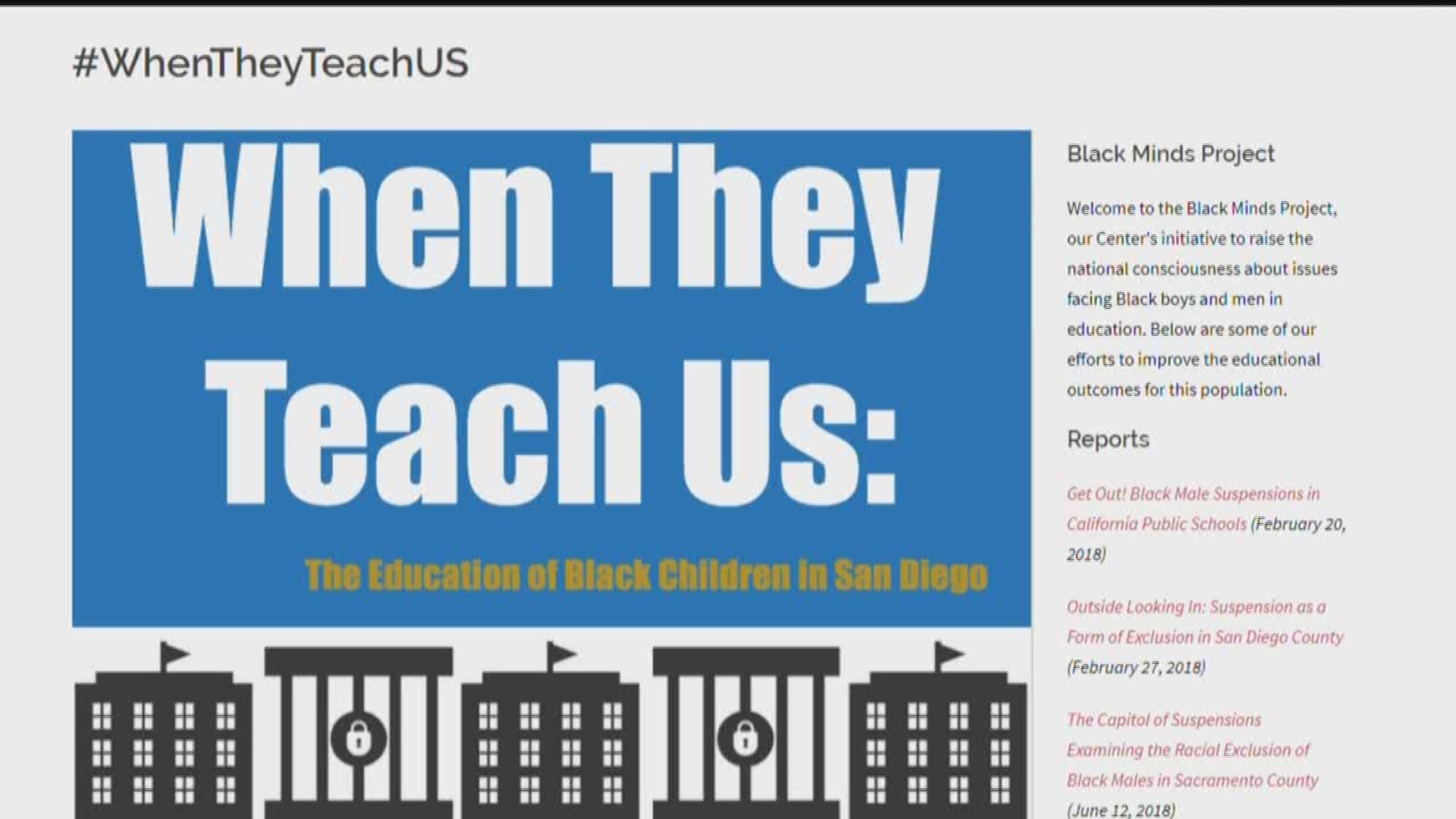 SAN DIEGO — According to a recent report, schools in the San Diego Unified School District have disproportionately high suspension and expulsion rates for black students. The report by the Community College Equity Assessment Lab at San Diego State University was released last month.

The title of the brief, “When They Teach Us: The Education of Black Children in San Diego,” was inspired by the Netflix film “When They See Us.” The documentary by filmmaker Ava Duvernay focused on five innocent black men incarcerated in the Central Park Five case and the targeting of black males by authorities. “When They Teach Us” draws parallels between the wrongful imprisonment of men of color and public schools in San Diego conveying “the same perspectives to black children, particularly black boys.”

“We don’t believe that black students are misbehaving more than any other students,” said Mohamed Abdi, a report-coauthor and grad student at SDSU.

The report’s findings include:

“These students are already coming from troubled backgrounds, and they are coming to school just to be suspended and it's very upsetting and disheartening,” said Abdi.

The highest disparities in suspension rates district-wide were in kindergarten through third grade.

"I can't think of one good reason why you would want to suspend a kindergarten student,” Abdi said.

According to the report, the data used came from two sources: the California Department of Education DataQuest system – a public resource of self-reported data from schools within the state; and the “Our Voice” project – a research project with a collection of stories from over 100 parents of black children including those whose children have attended public schools in San Diego.

The report includes recommendations for reducing the rate of suspensions and expulsions of black children in San Diego public schools including professional development for personnel “to better understand and respond to black children” and the elimination of suspension in early childhood education.

“When They Teach Us” also includes recommendations for the parents of black children including never allowing teachers or staff to call their child “bad” or “a problem” and never assuming their child deserves a suspension.

“We hope that the district will see this report and work collaboratively with us and other dedicated partners to build a better school experience for all children, particularly Black children” said J. Luke Wood, a report coauthor and Professor of Education at SDSU.

News 8 reached out to the San Diego Unified School District about the study they offered the following statement pointing to another study: